The other day I got an e-mail asking me to go to Scotland to give a speech for charity. There were three powerful reasons to decline. I don't like going anywhere that can't be reached by bicycle from north London. I hadn't heard of the charity. And I barely knew the woman who had written the message.

Yet rather than say no, I found myself saying yes instead.

To understand how on earth this could have happened, I've been studying the e-mails that went to and fro between us, and have drawn four universal lessons about how to get people to do things they don't want to do. This, after all, is what management is all about, and jolly difficult it is too. Often money or authority can carry the day, but when neither is available the art of making people do stuff can be exceedingly tricky.

But this woman got it right. Her first e-mail began: "We haven't met yet, but I hope we will." She went on to profess a huge fondness for my columns and claimed that the charity's committee would be "utterly over the moon" if I turned up and that the entire Scottish financial sector would then be moved to empty its wallet for a great cause. She mentioned that two senior female colleagues of mine had spoken at the event in the past, and finished with further charming salutations.

I read this and found myself strangely disabled. It is not so long ago that I finally learnt how to say no. It turns out to be surprisingly easy: you simply say: "No." But this time I forgot myself and said: "No, but." I would have been delighted to give such a talk in London, I wrote, but unfortunately Scotland was too far away.

In a flash she replied. It wasn't far away at all. She would put me on a first-class train and I could enjoy "comfy seats, good wireless, breathtaking views and nice ladies bringing you a proper breakfast and endless cups of tea plus biscuits you can (if you are like me) nick for the children to have later … It would be a fabulous day out. Really."

What could I do but say yes? Never mind that my children are not keen on recycled custard creams or that breakfasts served on trains are revolting. I buckled.

The first lesson from this is about the extraordinary power of flattery. To get what you want you must lay it on with the largest trowel you can find. It doesn't matter whether you mean it. It doesn't even matter if the other person knows you don't mean it. According to a study from the University of Hong Kong, flattery still works even when the recipient knows it is insincere. I had no reason to believe that this woman liked my articles, but her words still softened me up. The only time flattery backfires is when it is so sloppy that the person has got their facts wrong. I'm not pleased at all when people say: "I ADORE your column! I read it every day!"

The second lesson is about the even more extraordinary power of peer pressure. The trick is to find the right group of other people to cite. Had I been told that previous speakers were David Cameron and Henry Kissinger, I would have been unswayed, terrified and a bit alienated. Instead she chose two women who are a bit like me, only more successful and a lot busier. If they were generous with their time, then a nagging voice in my head said I ought to be too.

This is pretty spineless, sheep-like thinking, but it's also perfectly normal. I remember reading a study by the psychologist Robert Cialdini showing that guests in hotels were overwhelmingly more inclined to reuse towels if they were told that other, similar, guests in the same hotel had done so before.

Having successfully appealed to my inner egomaniac and my inner sheep, she was halfway there; instead of saying no, I gave my fatal no, but. The third lesson is the easiest: seize on any excuse and demolish it with all the energy and charm you can muster. The other person cannot go on saying no without looking an out-and-out meanie.

Most surprising is the fourth lesson: that hard facts have almost no traction when compared with these psychological ploys. I still don't really know what this charity does as the link to it in the original e-mail didn't work. I simply assumed it was a good cause because this woman and my two colleagues supported it.

I hope there may be one further lesson from this story. As I board the train from King's Cross and sit back to enjoy the free biscuits, the view and five hours' peace and quiet, I may discover yes can sometimes be a better answer than no. 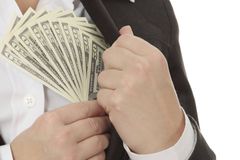 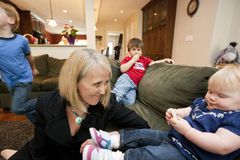 How do you deal with a senior colleague who keeps people down?
April 25, 2012 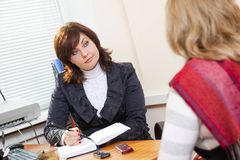 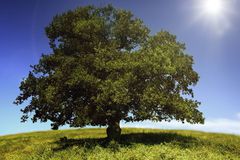 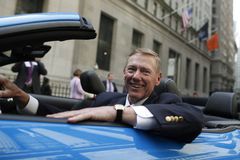 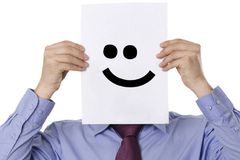 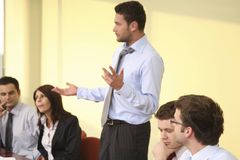