Steven Feiner was 21, just weeks into his first post-university job working with fabled IBM as a technology consultant, when the New York native realized he would have to resign. An unexpected offer came from a strategy consulting firm, his dream job, and even though his friends and family were aghast – it seemed dumb to leave such an exalted firm so quickly – he went ahead. Sweating profusely, stammering, and under great stress, he told his boss.

Eighteen months later, he was headhunted, and found himself going through the quicksand of a work resignation again. These days, at the tender age of 26 and living in Singapore, with one more corporate resignation and an internal transfer under his belt, he has decided to help guide others through a workplace situation that many people face unprepared by writing The Art of Resignation. "The situation keeps repeating in my career and that of friends. And it's a hard thing to do well. It's something most people get wrong," he said in an interview.

Often it goes awry because the resignation is spontaneous – a "freak-out moment," as he puts it. Somebody gets burned out by long hours and quits without a clear idea of what's ahead. Instead, you should have thought it through, know what you will be doing next – it might be travel rather than another job, if you're his age – and what the advantages will be. The timing should be carefully chosen, as well, advantageous at least to you and preferably to your employer as well.

A second grievous mistake is not knowing the root cause of the resignation. Maybe you don't have to quit, but can wring out an internal transfer to get you away from a dismal situation. Or maybe the sense of being burned out can be arrested by a short sabbatical, so you can return refreshed to the same post.

He recommends writing regularly in a journal, so you understand your own thoughts and feelings, paying attention not just to what you are writing but what is important and getting left out. Also, talk to a confidant about what seems to be driving you to quit.

A third difficulty comes in carrying through on your decision to resign. He says few people understand that resignation is effectively a negotiation, and that to be an effective negotiator, you always must be thinking of the other party. If you are ill-prepared, stuttering and stammering, it won't exactly be a glorious moment. So you need to know in advance what you plan to say and remain calm.

He recommends writing a formal resignation letter, and keeping that before you to help with your comments to your boss. The morning of the resignation, arrange a breakfast with a good friend, to boost your spirits (and courage). Keep repeating a positive affirmation to yourself like "I can do this."

Don't just drop in unexpectedly on your boss to share the resignation news (and, of course, don't announce the move in an e-mail). Set a late-morning meeting, rather than during the hustle and bustle of the early morning. And since the news will create work for your boss, don't shove it at him on a late Friday afternoon. "You want to be as considerate, classy, and kind as possible. You want to show you are grateful for what the company gave you," he said.

Resignations can also go amok in the period between the announcement and the departure, when those who have resigned slack off, their hearts and minds elsewhere. You should remember that at this juncture you are creating the last memories for your boss and colleagues, and you want it to be positive – it can affect referrals down the road, reduce the size of your network of boosters, and limit the chance of returning to the company in another, more appealing post. "If you are unprofessional – not working hard or gossiping – it spreads," he said.

He breaks the reaction of bosses after a resignation into two types: Opportunists, who will take advantage of your guilt to load on assignments; and procrastinators, who seem unconcerned and don't act to find a replacement.

He advises you to carry out the work that needs to be done before your departure but not kill yourself with extra work. If your boss seems unresponsive, suggest who might take over elements of your job and write a frequently asked questions document for your successor explaining the role. "Make it as easy as possible for the next person to do your job," he said.

Stay in touch after you leave. Within one month of leaving, connect with those whom you want to keep in your network of friends and colleagues. Then develop a pattern of reaching out at least once every three months with an e-mail, holiday card or birthday wish, or just passing along an article you saw that would appeal to them.

"We spend lots of money and give lots of attention to recruiting – but nothing on leaving our jobs. Our old jobs are what gets us our new jobs," he concludes. 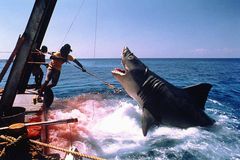 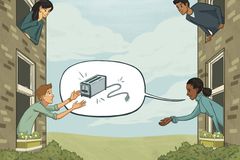 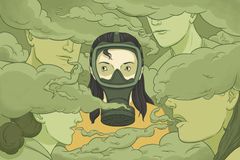 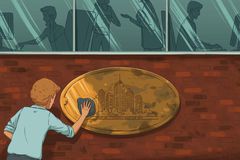 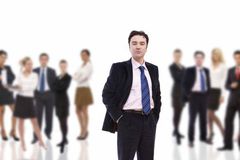 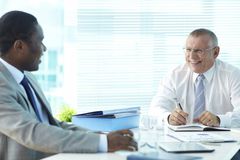