Business leaders believe it is imperative to foster a workplace culture that can tap into employee creativity and collaboration as a way to drive growth and success.

A recent survey by Microsoft Canada and Ipsos Canada of 500 Canadian business decision-makers found that 88 per cent said empowering staff to be their most creative selves was a crucial factor in creating a prosperous work environment, even though one in four said that doing so was one of their greatest challenges.

To achieve this, the same percentage pointed at the importance of technology in helping employees collaborate together and communicate in an increasingly remote and digital work landscape. As Bruce Mau, co-founder and chief executive officer of Massive Change Network, a Chicago-based global design consultancy, puts it, "Communication flow within an organization is the most powerful creator of wealth."

But while the responsibility for acting on those findings falls on the leaders of forward-thinking organizations, how can employees best position themselves to find enriching, rewarding careers in an unknown environment?

"Individual employees will work to learn versus learn to work," says Heather Stockton, a partner and global future of work leader at Deloitte Canada in Toronto.

She explains that statement by adding that with the lifespan of jobs shrinking, and the nature of jobs and the skills required to do those jobs changing rapidly, anybody coming into the workforce will embark on a journey of learning and reinvention. That would represent a marked change from many jobs, where some employees are tasked with doing the same thing over and over.

That emphasis on learning could well take on an even bigger slant with the increased reliance on technology and artificial intelligence as a vital cog in work processes, something that Ms. Stockton says will unfold over the next five to seven years. Indeed, a 2015 Bank Of England study has suggested that smart machines could replace 33 per cent of jobs by 2025.

Consequently, learning to work alongside machines will be a vital skill, but that augmentation of the day-to-day working world will place a greater emphasis on soft skills, such as complex problem-solving, critical thinking, emotional intelligence, judgement and decision-making, and cognitive flexibility.

"If you think about many jobs in the past, they've been really anchored on technical expertise, and this is both white- and blue-collar jobs," she says. "Whereas in the future, the skills requirement is going to change, because as humans work with machines, the whole idea of judgment will become increasingly important."

That shift towards more automated work processes could also result in an enhanced work experience, which may be good news for the younger generations. As an indicator, the Organisation for Economic Co-operation and Development stated in 2016 that 65 per cent of millennials considered the opportunity for personal development the most important factor in their current job.

"I just think, particularly the younger demographic, has to understand that they're going to get higher-quality experiences because automation is going to take the robot out of the human," says Trent Henry, chairman and CEO of EY Canada. "With that, they're going to have accelerated career paths and other things to go along with that."

In addition to automation, Mr. Henry cautions that the advent of the gig economy may present a very different work environment over the next few years. A Deloitte report from 2016 had the contingent workforce – workers who are not full-time employees – in the United States estimated at more than one in three workers, with that figure expected to grow to 40 per cent by 2020.

Given the importance that many organizations place on workplace culture as a means to drive collaboration and foster success, the rise in contingent workers throws something of a wrench into that process.

"How do you benefit from those cultures if you're not in those organizations?" Mr. Henry says. "How do you get accepted? How do you develop your career?"

But the path to be taken by those outside of the company looking to get ahead will become clearer as the future of work reveals itself, while for those on the inside, much of that onus falls on those at the very top of the organization.

"If your leader sets a purpose that's inspirational … people very quickly get excited and engaged in their work because it's pushing their buttons," says David Jones, the principal program manager of envisioning for Microsoft.

From an employee standpoint, carrying that purpose forward can be heavily reliant on collaboration. While Mr. Jones says that many companies have good internal communication tools, such as Yammer or Microsoft Teams, they don't make for good ad-hoc information sharing, an important part of the creative work that companies will put an increased emphasis on in the automated age.

"People need to work collaboratively in these dynamic networks instead of working alone in a static hierarchy," Mr. Jones says. "…We see people designing experiments to test ideas and so you learn as an organization. … This is all fueled by intense information sharing, rather than hoarding and protecting [it]."

Ultimately though, change will always be certain in the workplace of the future. As a result, forward-thinking employees need to take a proactive approach to their careers and continuously learn about new technologies, the impact of that technology and how it integrates with what their company is trying to do.

As Ms. Stockton puts it, in a future that is going to be messy and complicated, "Be ready to experiment."

She says Deloitte has clients with brand new hires who come through the door and immediately start learning complicated coding so as to make themselves more useful to the company by creating digital assets.

"That's going to be the nature of people coming into an organization," she says. "Employees more and more are going to have to be curious about those things." 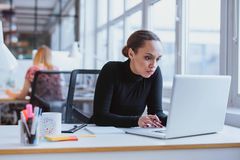 It’s time to get rid of annual performance reviews
March 18, 2018 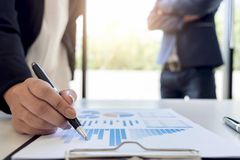 Why you need to rethink your talent-management strategy
January 24, 2018 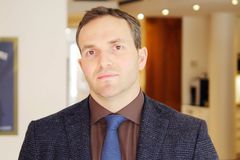 Forget the corporate ladder, and focus on the ‘people path’
January 18, 2018 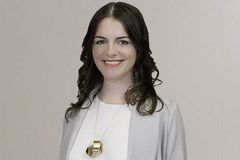