When Intel Corp. customers were furious at the company for its decision to cancel the popular Pentium 4 chip, chief executive officer Craig Barrett got down on his knees at an industry conference of technologists to beg forgiveness for the misstep.

After an independent investigation seared General Motors for its mismanagement of the faulty ignition switch, CEO Mary Barra told employees in a televised speech of the mistakes in detail: "I hate sharing this with you as much as you hate hearing it. But I want you to hear it. … I want to keep this painful experience permanently in our collective memories. I don't want to forget what happened because I – and I know you – never want this to happen again."

In both situations, a company or its leader were communicating in a transformative situation.

Change is constant these days. But leaders' communication skills often are not up to the challenge.

"The leader's role, your role, is to light the way for your team through empathetic communications – to be a torchbearer," they write.

Dream: The travellers face a choice of staying put or accepting that they can play an important role in making your new dream come true.

Leap: They have to accept that things won't be the same and count the cost of the sacrifice before committing to leap. This completes the venture's beginning phase, in which, like a story, the hero jumps into an adventure.

Fight: Roadblocks inevitably arise that will test the torchbearer's mettle. The travellers must boost their commitment and fight the opposition.

Climb: The effort is focused on getting out of the pit they have fallen into. And it may not be a one-time thing. There may be a series of fighting and climbing intervals as obstacles continue.

Arrive: With a last push, the travellers make it to the destination and seize the rewards you have promised. They are celebrated for their efforts and buoyed by what was accomplished. It's The End, except usually there will be another dream and another saga.

At each point, torchbearers must listen carefully and empathetically to understand what their followers are feeling. You may need to use motivating communication to keep them going or warning communication if they get stuck.

The specifics will vary with the stage. But you have four communication tools at your disposal: speeches, stories, ceremonies and symbols.

Perhaps the most valuable element of the book is a pullout map of the possibilities, showing the five stages and sketching out for each what the communication options are, both motivating and warning. A sample:

Heed-the-call story: Explain your epiphany in the dream stage with an anecdote to motivate others to join in, telling them how things could be different and how the revelation transformed you.

call story, serves as a warning, recounting a failure to see an opportunity or how you disregarded a threatening situation.

Renunciation speech: In the leap phase, you acknowledge that some people still cling to the past. You will show in the talk why everyone must adopt a new way of thinking.

If, on the other hand, followers have a positive framework, a pursuit speech explains what action is required and why to embrace it.

A battle speech: This stirs courage in the middle of the fight by describing the enemy's damage.

Think Braveheart, when William Wallace launches into a passionate speech moments before battle to motivate his fellow Scots.

Heal wounds ceremony: When Intel's CEO went to his knees, he was gathering in retreat to bond hearts before continuing the climb stage.

The reverse would be a renew commitment ceremony, in which you re-examine goals, revise plans and recommit to the finish the job.

Victory speech: You reflect on the journey and relive the trials as you arrive at the destination. But there is also a surrender speech, in which you throw in the towel, admit failure and apologize.

Warning symbol: The metaphor of a burning platform is a powerful visual symbol against resisting change. Symbols can be visual, auditory, spatial and physical.

Their textured approach reminds us that our communication during a change venture must be varied. It opens our minds to approaches we may not have thought about and offers lots of examples. Those include rich case studies for each stage that make for the best reading in the book, since sometimes the more prosaic explanation of each stage and its options can become numbing.

Career Press founder Ron Fry shares 101 Smart Questions to Ask on Your Interview (Career Press, 192 pages, $17.95), covering issues to raise in job research, during preinterviews, in a meeting with a potential boss, and ending with questions to seal the deal.

If your political marketing juices have been raised by recent elections, you might consider how such ideas can be applied to your business in DePaul University professor Bruce Newman's The Marketing Revolution in Politics (Rotman-UTP Publishing, 205 pages, $32.95).

My team was let go because our jobs are being moved. Should we reapply?
May 16, 2018 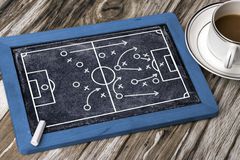 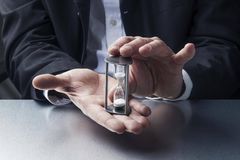 How can I change the negative culture my boss creates on my team?
May 16, 2018 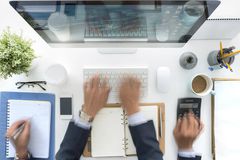 A McKinsey grad offers eight pointers for success at work
May 16, 2018 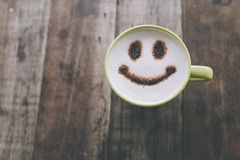