But despite her many accomplishments – including a PhD in economics and a clutch of awards and board memberships – she feels like a fraud. She is among the ranks of many women who, despite climbing to the top of their fields, believe they do not deserve the success they've achieved.

This fear of failure, or of not living up to expectations, was first described in the late 1970s by two American psychologists at Georgia State University in Atlanta. They dubbed it "imposter syndrome." And three decades later, it's still a factor in the workplace.

Whether women are more susceptible than their male colleagues is debatable. But it's one theory that could explain the absence of women in the boardroom. A Conference Board of Canada study, released last month, found the proportion of female senior managers barely budged between 1987 and 2009.

"Women have made great progress in many areas of society over the past 22 years, but not in the ranks of senior management positions," said Anne Golden, president and chief executive officer of the Conference Board of Canada in Ottawa.

Psychologist Deborah Gruenfeld, a professor of organizational behaviour at Stanford University who conducts research into power dynamics in work groups, says women in leadership roles feel as if they are "violating the feminine stereotype of being nurturing."

That would ring true for Samantha Nutt, co-founder and executive director of Toronto-based War Child Canada, who wonders if it is women's "innate drive to please all" that makes them feel like imposters.

"You see men who just go at it ... not afraid to make people angry, not afraid to make enemies. That is something I am less comfortable with, making people upset and angry," says Dr. Nutt, who is a physician. As a female executive, she says she has made peace with a certain level of anxiety. "Anyone who enjoys success lives with self-doubt. You wonder whether you did things the right way. You wonder whether you could have done things better."

It's not always a bad thing, she adds. She believes that the character flaw that drives a person to the edge of paranoia is also likely to be the secret to that person's success. "To become successful, you have to be self-critical," she says. "To a certain point, self-doubt is healthy."

Paulette Senior, chief executive officer of YWCA Canada in Toronto, also knows the feeling. Being a black woman has meant having to jump through that many more hoops, she says.

Has she ever felt like a fraud? "All the time," she says. "We feel as if we have to be pretty much perfect to justify ourselves. It's just so sad that in 2011, we are still dealing with it."

"I have felt that I had to go above and beyond, but if I am going to achieve my professional and personal goals, they are going to be because of me," says Stacey Allaster, chairman and CEO of the Women's Tennis Association, in St. Petersburg, Fla.

"I am incredibly confident in the position I am in now. I've never had doubts, though it's harder not to get wrapped up in people saying, 'Maybe she isn't good enough.' But this stirs up the competitive spirit in me," Ms. Allaster says. "My sports background comes into play. I know how to win. I never, ever felt like a fraud."

Dr. Cooper, meanwhile, knows her fears might seem outrageous to others. "I am a rational being," she says. "I know that I am not stupid. I know that I must be very good at something. But there is always the concern that this next thing – that's going to be the one that gets me."

Atlanta psychologist Pauline Clance, along with colleague Suzanne Imes, coined the term "imposter syndrome" in 1978, after an interviewee in their research study said she "felt like an imposter, here with all these really bright people."

Dr. Clance, who refers to these feelings of inadequacy as "imposter phenomenon," says her interest in the topic was first piqued when she was teaching at Ohio's Oberlin College, the oldest co-ed postsecondary school in the United States. She remembers how female students would worry that they were going to fail the next exam, and then go on to achieve straight As.

The difference between her male and female students was jarring, she recalls. Men weren't worried if they didn't have the exact skills or knowledge needed. "They have been taught to go ahead and act as if you do. Women haven't been taught as much to do that," she says.

Her website, paulineroseclance.com offers an imposter phenomenon test, which asks users to react to comments such as "I can give the impression that I'm more competent than I really am;" "I'm afraid people important to me may find out that I'm not as capable as they think I am;" and "I rarely do a project or task as well as I'd like to do it."

The site also provides suggested readings and other help.

Opinion
What glass ceiling? It's the mommy track
September 22, 2011 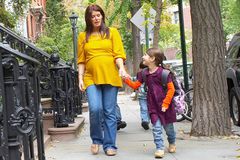 Picture your work-life balance, what do you see?
September 16, 2011 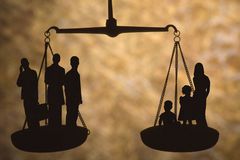 Diane Gray: A port in the middle of the continent
September 18, 2011
Follow us on Twitter @globe_careers Opens in a new window
Report an error Editorial code of conduct