The traditional advice for new CEOs – and by extension any leader who takes on a new post – is well known: Quickly set out a strategy, and act boldly.

Replace the weaker individuals around you with the best people money can buy. Seek early wins and build momentum. By the 100-day mark, you should be ready to roll, if not already steamrolling ahead.

But Rosalind Torres and Peter Tollman of the Boston Consulting Group argue those approaches can destroy any chance you have at success. In an article, "Debunking the Myths of the First 100 Days" in the BCG Perspectives website, they argue for a more nuanced approach that fits the complexity of corporate high office these days.

Ms. Torres, a senior partner and managing director of the firm's New York office, has been advising chief executive officers for 25 years. She noted in an interview that those who did best when taking over the helm acted in a more thoughtful way than if they had followed traditional bromides. In particular, they took time to understand the complicated context in which they had to operate, rather than relying on assumptions or broad generalizations.

"It's not just internal, the players in your company. You also need to understand the external world and complications you face," she said.

Here are the five myths, and how to get past them:

The first myth is that new leaders should direct their attention outward, studying the old way of doing things, in preparation for deciding what to keep and what to modify. But newcomers should look inward as well as outward, ascertaining and affirming their own preferences and motivations, as they respond to the situation. "Contrary to the myth, the newcomers who acclimatize most effectively are those who begin as much with introspection as with outward inspection. They step back at times to reflect on how they want to lead, what they want to accomplish, and what kind of imprint they intend to stamp on the company," the consultants wrote in the article. They point to a CEO who maintained the broad strategy of his predecessor, with minor modifications, but made big changes in leadership style to revive the flagging engagement levels in management ranks and match his own less charismatic approach.

The consultants agree that leaders should prove their mettle early on, but say that the CEO must first see clearly – and this is not a small distinction. "People make choices that they can't undo later," Ms. Torres said in the interview, such as a quick acquisition that doesn't fit the strategic context. She said it's vital that any action you take at the start helps you get to the end game. For CEOs who have time to prepare before taking over and can meet with stakeholders, it may be easier to have a viable plan at the outset. If not, give yourself time, indicating when you intend to take action later; this leaves room for you to build your understanding, while signalling you will act. "That creates more credibility than, 'Boom, boom, boom – we'll do that,'" she said. "If you want to completely redirect the company, it may take three to six months."

Myth 3. New CEOs should seek new talent for their team

Hiring fresh talent can be have drawbacks; those fresh new players may not mesh well in style, for example, or they may be wedded to management practices of the companies they grew up in, making a potentially volatile situation worse. Instead, build a cadre of team players who have the abilities to handle the specific current challenges and can complement, encourage and inspire each other. CEOs will want people they can trust, but Ms. Torres said they must be careful to also recruit people who can challenge them. CEOs often reach back to their previous posting and bring in trusted confidants; this can be fine, she said, so long as their profile matches where the new company is going and they can challenge as well as support the boss.

This myth encourages new CEOs to immediately spell out new performance standards for all staff, showing that the new kid on the block is in charge. The danger is that they may not yet know what the situation requires; they need time to probe, formulate a strategy, and then get that approved by the board. Setting out tough standards right away may give everyone the wrong directions. Wait until you know how you will be evaluated, and then from that develop the evaluation criteria for your subordinates.

Myth 5. A new CEO should be the smartest person in the room

The trap in this seductive thinking is that the CEO feels he or she must know more about marketing than the chief marketing officer and more about research and development than the R&D chieftain – and then devotes precious time to boning up on weak areas. Specialized knowledge is certainly helpful, but a chief executive only needs enough to be a good, savvy listener, understanding arguments and evaluating them effectively. "Get grounded enough in the context and then use the collective intelligence of the team," Ms. Torres advised. "You don't have to take a crash course to get the 25 years of experience the other leader at your table has." 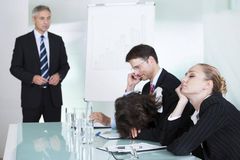 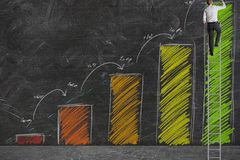 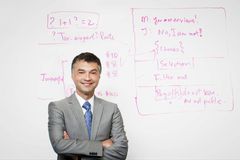 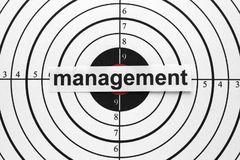 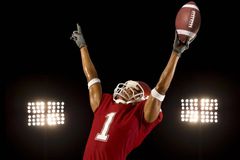 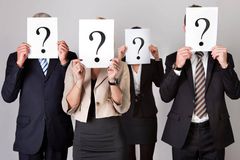