When Kazuo Inamori was appointed to lead the restructuring of Japan Airlines two years ago, analysts worried about his lack of experience in aviation. Never mind that he was about to turn 78, had founded two of Japan's best-known companies – Kyocera, in electronics components, and KDDI, in telecoms – and was, for good measure, an ordained Buddhist priest. Studying Buddhist teachings, he told the Wall Street Journal four months into his new role, "improves the quality of my heart and mind and enriches myself as a human being. This enhanced spirit is useful when it comes to revitalizing JAL."

Priestly vocation is not a normal requirement for high corporate office, but the story illustrates the shallowness of the knee-jerk accusation that new executives lack sector experience. Virtually from the moment Scott Thompson of PayPal was selected to take the helm at Yahoo last week, analysts and commentators started picking at the online media and advertising holes in his curriculum vitae, despite Yahoo's stressing his "deep industry experience." In one sense, shareholders' nervousness is understandable: Yahoo is in a hole and the last person appointed to pull it out – Mr. Thompson's ill-starred predecessor Carol Bartz – was also an outsider with no background in the consumer Internet and online advertising business.

Gambling on a greenhorn to run a multinational clearly makes no sense. Also, in some, often regulated, sectors, domain knowledge is indispensable. Banking is the most obvious. Even seasoned executives Bob Diamond, at Barclays, and Brian Moynihan, at Bank of America, had to allay concerns that, as new chief executives of universal banks, they lacked experience in retail banking.

But the pitfalls of an obsession with comprehensive experience are clear. One insurance executive told me regulators' desire to approve board candidates with knowledge of the arcana of the Solvency II directive – which applies to European insurers – risked limiting the supply of non-executives.

By focusing too intensely on in-depth knowledge, companies may set aside candidates with the leadership skills they require and shackle themselves to executives familiar with only one way of working. As one headhunter points out, in Yahoo's business, "the lines between tech, online media and advertising have blurred so much that no single person is likely to have had direct experience in all the segments."

Lack of specialist experience need not be a handicap. Outsiders have to work harder to win the trust of their new staff, but there are many ways to do this. Mindy Grossman, who joined the Home Shopping Network from Nike, started by taking the first-day induction course that all HSN new recruits attend. New CEOs should also surround themselves with experts who can plug any gaps in their detailed knowledge.

Companies that set wider hiring criteria may get leaders with an intellectual agility that is more valuable to the job description than tick-box conformity. Those that want to develop insiders for the top roles have an even greater duty to hire for flexibility. In The CEO Within, Joseph Bower writes that most recruiting starts with "an analysis of what kinds of capabilities the business needs to fill certain slots." But companies should screen for broader qualities. Mr. Bower quotes Kenan Sahin, who used to look for aptitude, attitude, willingness to learn, and experience – in that order: "I put experience last for technical positions, because the 1980s [when he founded software group Kenan Systems]were technically turbulent years, and knowing something for 10 years was irrelevant."

Rolls-Royce makes an interesting case study. When Sir John Rose joined in 1984, he was a banker who knew more about making loans than making engines. Yet in 1995, the engineers that ran Rolls appointed him chief executive. He stepped down last year to investor applause – replaced by another non-engineer.

As anybody who has winged it in an exam knows, there's a fine line between "coming to the task fresh" and coming to it disastrously ill-equipped. But by definition, almost all recruits – particularly those selected to head big companies – lack experience in their new role. Whatever his background, Mr. Thompson still has to prove he can run Yahoo. He shouldn't let fear of what he doesn't know get in his way – and the company's shareholders shouldn't, either. 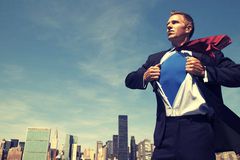 The seven habits of spectacularly unsuccessful executives
January 5, 2012
Follow us on Twitter @globe_careers Opens in a new window
Report an error