Sometimes leadership by analogy works, driving home some truths through lessons drawn from famous figures or hobbies. In that vein, here are some lessons from the original Star Trek, Clint Eastwood and golf.

Trekkies recently celebrated the 50th anniversary of the airing of the first episode of Star Trek and Montreal consultant Tanveer Naseer drew four lessons about how to be the kind of leader who inspires the best in others and demonstrates a sense of clarity:

· You have to take care of your people as much as you do your mission: There were many fight scenes in the initial Star Trek and Captain Kirk seemed an action figure. But Mr. Naseer says Captain Kirk was focused primarily on his crew. "While the most obvious example of this can be seen in various episodes where Kirk faces a threatening adversary and barters his own life in exchange for the safety of his crew, the most evocative example of this is seen in those moments where he kneels over the body of a lost crewman. Unlike his contemporaries who absorbed crew losses as new data to reformulate their strategy, Kirk never shied away from letting others see that he's taking this loss personally, regardless of how well or how little he knew them," he writes. Captain Kirk showed care and concern as he pushed his crew to do better.

· It's not about being right as it is doing right by those you lead: Captain Kirk never had an issue with showing his crew they were smarter than him – they held the answers to solve the issue before them.

· Even the best leaders feel vulnerable about not having all the answers: In one episode, as Captain Kirk gets caught in a cat-and-mouse chase with an enemy ship, he tells his confidant, ship doctor Leonard McCoy: "Why me? I look around that bridge, and I see the men waiting for me to make the next move. And Bones, what if I'm wrong?" The answer he receives is that it's okay for us to be vulnerable in how we approach our leadership because in the end we're only human. Acknowledging that allows you to seek answers from outside of yourself.

· Risk is a necessary reality of leadership: Often the crew put their lives at stake in their missions. In one episode Captain Kirk tells the others: "Risk is our business. That's what this starship is all about. That's why we're aboard her." Mr. Naseer observes that "it's a peculiar irony of our modern, digital world that despite our access to faster computers and Big Data that can help us predict and anticipate possible outcomes in the future that we are now more adverse to risk and uncertainty." He argues Star Trek shows that leadership is not about playing it safe but envisioning a future that others want to be a part of."

Clint Eastwood has had a string of memorable quips amidst the fisticuffs and shootouts of his movie career. Here are some that Jim Kerr, global chair of the N2Growth consultancy's culture practice, singled out in a recent blog post:

· "Go ahead, make my day," from Sudden Impact: Leaders must be willing to set boundaries and enforce them. "It provides order and consistency and this sense of discipline and rigour will infuse from the top to the bottom of your business," Mr. Kerr says, less pungently than Clint.

· "If you want a guarantee, buy a toaster," from The Rookie: There are no guarantees for a leader. Make the call and move on, remembering your people are depending on you to lead.

· "A man's got to know his limitations," from Magnum Force: Says Mr. Kerr: "Ain't that the truth! Understanding an organization's strengths and weaknesses is essential to success. It's that understanding that enables a leader to dream big, set the bar high and inspire their people to work hard to make it happen."

· "'Bout time this town had a new sheriff," from High Plains Drifter: When your time to lead comes, be the new sheriff – lead.

· "My mule don't like people laughing. He gets the crazy idea people are laughing at him," from A Fistful of Dollars: As a leader, you must stand up for yourself and the organization you lead. Be stubborn about it.

· "As the saying goes, what do we do now?" from Where Eagles Dare: Even Clint Eastwood and Captain Kirk don't have all the answers. So why should you? Solicit the best ideas from people and solutions together.

Lessons from the links

David Ferrabee, a change consultant in Britain, got in some golf this summer in his native Quebec, and came up with these lessons after a round in Gaspe:

· Always throw your clubs in the direction you are going: That's actually taken from a quote by former U.S. president Ronald Reagan and Mr. Ferrabee says it's a reminder that when managing organizational change you can expend a lot of energy as you struggle with people and old habits. Make sure that effort is moving you forward.

· Don't expect to break the course record on your first day out: Few athletes expect to succeed at something on their first try, no matter how gifted they are. They seek help, and practice to improve. Do the same. "Get help. Be prepared to learn as you go. Be ready to fail. Organizational change management is hard. It's not always an exact science," he notes.

· It's not a good walk spoiled: Mark Twain viewed golf as ruining a good walk. Similarly, change management can be viewed as getting in the way of something more fun or noble. Don't be timid, worrying that there won't be sufficient gain if you try for organizational change. At a minimum, it will help you to engage better with the organization. Don't avoid it.

· Drive for show, putt for dough: Planning for change is the showy, glamorous part of change management but execution is where you win the match.

"Golf can offer time for reflection. But it is rarely a peaceful and conclusive way to spend a day," says Mr. Ferrabee. "Organizations find it easy to bypass the change management opportunity." But change management can help your organization fulfill its unrealized potential. So learn to do it well and reap the rewards.

· Warm up your e-mails, advises Ottawa consultant Shaun Belding. Don't be terse, devoid of humanity, as in, "Here's the information you wanted." Instead, build relationships: "Hi John. I've attached the information you were looking for. I hope it helps. Let me know if there is anything else I can do."

· When you have advice for others, see if you can apply it to yourself, says consultant Mark Shead. Another tip: Ask yourself regularly, "Why don't I think bigger?"

· Welcome to the Longevity Economy, as people over the age of 50 become a vital force driving the economy, according to Oxford Economics.

· Social media services like Hootsuite allow you to post pre-planned tweets and others messages around the clock but consultant Philip Calvert warns that mechanical posting style can hurt your brand if it turns what should be an informative stream into generic, dull, predictable items.

· Do you pay as much attention to psychology and emotion as you do technology and efficiency, asks William Taylor, author of Simply Brilliant?

Sold on sales: How to kick-start that career by closing the job deal
September 21, 2016 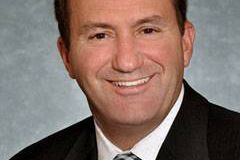 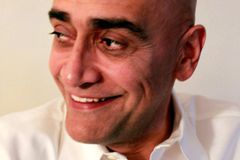