Leaders in the political arena and outside have followed certain time-honoured rules for handling controversy and scandals. Donald Trump hasn't. And so it's worth looking at five new rules he has exemplified that leaders more generally might benefit from, according to Ronald Klain, who served as chief of staff to both vice-presidents Al Gore and Joe Biden.

– Always arm allies with an explanation: Ronald Reagan once said, "If you are explaining, you are losing." Politicians and business leaders have been told over the years: Brush by a controversial problem, apologize for it, or counterattack but never get stuck in the quicksand of explaining. In today's social media world, Trump has followed a different tack, having allies always explain his statements and deeds, no matter how ridiculous they may seem.

– Never apologize; indeed, double down: When a leader makes a mistake, they are expected to immediately apologize. That's what Hillary Clinton did repeatedly in the campaign. But Mr. Trump didn't, even after some outrageous comments, and in many cases he doubled down, renewing his remarks with greater intensity.

"Many observers wrote off Trump's refusal to apologize as stubbornness, but perhaps it reflects a mindful strategy born from our apology-heavy communications culture. In a world awash in apologies, so commonly offered by politicians, corporations and authorities, perhaps saying 'I'm sorry' seems trite and tired. The Trump campaign may have grasped a new reality that apologies today often seem insincere, inauthentic and ineffective," Mr. Klain writes in Politico, noting that "Sorry I'm not sorry" is a popular saying on social media today.

– Go with your gut, quickly: Leaders are supposed to take time to get their facts straight. Not Mr. Trump. He has used Twitter to be the first responder to almost any event even tangentially tied to him. "Were Trump's tweets often wrong? Yes. Trump often placed blame erroneously, failed to grasp the true significance of an event or got his facts totally incorrect. But by getting his voice out first, getting his views out ahead of the deluge of commentary and speculation and opining that has become a regular part of the news cycle, Trump made sure he was heard and his points were absorbed by the public. Trump traded making mistakes for having more impact," Mr. Klain writes.

– You can score points by going to war with the media: It has been said that you can't win by fighting with people who buy ink by the barrel. Ink, of course, isn't as important in a digital era and Mr. Trump seemed to help himself by waging war on the mainstream media, even including Fox star Megyn Kelly as a target. Mr. Klain notes that also helped pave the way for his supporters to discount any criticisms of him that came via the mass media.

– Adapt constantly, disorienting your opponents and the media: Leaders are supposed to have consistent messages. While "Make America Great Again" was a consistent backdrop to the campaign, Mr. Klain feels the president-elect was constantly changing messages, almost without regard to whether they were working or not. "He would hit his primary opponents with a vicious nickname, and then an enthusiastic embrace. On various days, Trump boasted of meeting Putin, said he had never met Putin, said he would work with Putin, said he was tough enough to take on Putin. He insulted minority voters even as he told them they had nothing to lose by joining him," Mr. Klain writes.

Yes, Mr. Trump is an atypical leader, a celebrity with a particular political base. But Mr. Klain believes we shouldn't dismiss these rules as only working for him: "The game has changed, and future political players of all stripes – and even corporate message makers, too – will surely want to take at least some tactical pages from the new Trump Playbook.

You may not be able to act like Meryl Streep. But you may be able to learn how to be a better leader from her Golden Globes speech. While most of the focus was on her deft attack on Donald Trump, Dan Maycock, chief data officer and co-founder of Equinauts, which helps companies with marketing, says she also showed the importance of diversity and how to build a strong corporate culture. Here are three lessons he delineated in Inc.

– Everyone adds something to the mix beyond the job description: She went around the room to show the incredible diversity of stars present, concluding: "So Hollywood is crawling with outsiders and foreigners and if we kick them all out, you'll have nothing to watch but football and mixed martial arts."

The point to take away is that in organizations we usually build roles based on hierarchies so the work can be supervised and people can show up knowing what they're supposed to be doing. "However, it's often the case that people are much more than their job description and if you don't make room in your company for what people can contribute then you're missing out on amazing opportunities," Mr. Maycock says, pointing to a company struggling to reach outdoor enthusiasts that never thought of using the many such folks on their staff with that interest as brand ambassadors because it was beyond their expected roles.

– Everything you do is permission for others to do the same: She told the president-elect: "This instinct to humiliate when it's modeled by someone in the public platform, by someone powerful, it filters down into everybody's life because it kind of gives permission for other people to do the same thing." As a leader, you set the attitudes and tempo for the rest of the organization in everything you do, whether you realize it or not.

– Encourage open accountability and transparency: She praised the media, saying "We need the principled press to hold power to account, to call them on the carpet for every outrage." That holds true for open communication in a company. "Some aspects of a company of course need to stay private, but encouraging a general culture of openness can go a long way in helping build a strong corporate culture and avoids bigger issues festering out of control," Mr. Maycock writes.

3. Why persuading people with facts may not work

Opponents of Donald Trump were stumped by how "the facts" failed to stop him. A new study from the British Psychological Research Digest is therefore timely, explaining how factual evidence fails at times to persuade people.

In the new research, a team led Gregory Trevors of the University of Minnesota looked at how the new information can threatens the recipient's sense of identity. The British Psychological Research Society's Digest notes this can trigger negative emotions, which impair the understanding and digestion of written information.

Bryant University Management Professor Michael Roberto says on his blog: "You have to understand why people hold certain beliefs. If those views are deeply tied to their identity, then fact-based arguments alone will not prevail. In fact, they might backfire." Instead, you may have frame the arguments to not attack identity, perhaps looking at how your ideas and the other individuals can cross-pollinate, creating a step towards your position.

President Harry S. Truman said "the buck stops here." In 2017, for Basecamp, it stops at founder and CEO Jason Fried's pocketbook: All refunds requested by the software company's customers will come out of his paycheque, since it should be his penalty when things don't work right.

– Every time good things happen at work this year, write a note about the situation and place it in a jar. Then hold an event at the end of the year – a party, or lunch, or meeting – and celebrate the year by reading from the items in the jar, suggests consultant Mike Kerr.

– Quit caffeine? Sounds like a sure way to reduce productivity at work. But Steve Pavlina, a personal growth blogger, has gone caffeine-free this year and finds his mind sharper, clearer and more focused.

– You may want to adopt productive laziness. It works for famed physicist Steven Hawking, who told one of his PhD students that most days people in the field don't make major headway so they should listen to good music and meet with good friends. But if they find a solution to a problem, they should work 24 hours a day and forget everything else until the problem is solved in its entirety. Productivity expert Cal Newport notes we aren't Stephen Hawking but the general lesson might be: Go big when the work demands it, but outside those situations leave plenty of time for music and good friends.

– HR consultant Laurie Ruettimann says people don't get fired for taking risks but instead for being lazy. So take risks, albeit mixed with good judgment.

From the sports arena to the office, how winning teams get it right
January 16, 2017
A new leader should avoid conflicts when building the team
January 12, 2017 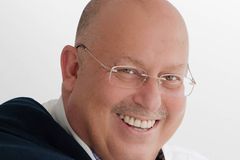