Limiting technology before bedtime provides such a strong morning work surge it may be the best productivity investment you can make.

It's a limited sample – one person trying each technique for a short period of time – but the diversity of techniques draws attention, as well as the fact they considered the investment required to come up to speed with each effort. All except time blocking produced positive returns, even after that investment. Here's what they found, according to the site's Andy Bowen:

The calls to limit technology at night tend to be focused on the need for a period of time free from the burden of work and the improvement of sleep quality. This study highlights how using technology right up to bedtime hurts your productivity the next day because you're sleepy. The test banned laptop, smartphone and other blue-screened device usage after 7 p.m. because light emitted from those devices can reduce melatonin production and throw off your circadian rhythm.

The researcher who tried this approach found that, thanks to better sleep, he tackled work earlier the next morning and accomplished the same amount of work from 7 a.m. to 9:26 a.m. that he normally achieves in a three-hour stint from 9 a.m. to noon – a 19.7-per-cent improvement. Another way to look at it: He cut 34 minutes off his morning routine. It also took 30 minutes less to fall asleep, another big gain.

Mr. Bowen stresses this is not just taking a break but the practice of focused thought and breathing that can improve the brain's neuroplasticity. "When performed correctly, meditation is an excellent practice with multiple long- and short-term benefits that help us make better decisions, feel less anxious and improve our memory," he notes.

The researcher tried three different forms of meditation in a four-hour afternoon period, helping to emerge refreshed each time for the work she faced. She calculated 41 minutes were saved, compared to a work afternoon without meditation – that's a 17. 1-per-cent gain. It was also the easiest technique to implement.

Replacing to-do lists with a schedule

If you live your day by a to-do list, you'll want to reconsider since big gains were achieved by giving that up and instead developing a schedule for all tasks.

"To-do lists have a major flaw: They don't account for time. Time happens to play a major part in being productive. Scheduling your day, rather than arranging it into to-dos without deadlines, accomplishes a couple of things. First, you begin to learn more about yourself – and without that self-awareness, you won't be able to push yourself toward the next level. How effectively could a runner train without ever timing laps? Schedules also employ a sense of urgency that you don't get with a priority-based structure. The feeling of 'I only have 45 minutes to do this' is more motivating and less stressful than having three 'high priority' tasks in your backlog," he writes.

The site content writer who tried scheduling figured he shaved 72 minutes off the work time for tasks in a workday – 10 minutes per task, a 19.7-per-cent gain. It did, however, require 15 minutes of preparation the night before, which takes the gain down to 11.6 per cent. Mr. Bowen suggests with practice that prep time could be reduced.

The test split up both the morning and afternoon work hours with a 15-minute break for physical activity; in this case, yoga. It saved about 15 minutes over a 490-minute work day, so only 3.1 per cent. But mood and energy levels seemed to soar, so it was still a winner.

Mr. Bowen notes that other breaks are possible as well: reading, listening to a podcast, spending time talking to friends or giving yourself a hand or neck massage.

This required the biggest learning curve as the researcher broke the work into equal chunks of time with breaks in between. "The idea is by capitalizing on your body's attention span (which is different for everyone), you can find a seriously productive rhythm," he notes.

In this case, the individual split up a three-hour period into 25-minute bursts for work and took increasingly longer breaks after each one (five, 10 and then 15 minutes). "If you don't like pressure, this hack might not work well for you. Our researcher felt pretty good after the first break but fell behind in the second session. That left her feeling pressured to catch up during the third session and actually made things worse. Compared to a normal afternoon, she lost 28 minutes," Mr. Bowen writes, which is a 15.6-per-cent drop in productivity.

It's just one experiment, of course, and providing percentage calculations may imply more scientific rigour than it deserves. But if it has opened up possibilities for you to try, it's a success.

If you work from home and often find yourself spending a day staring at the computer screen and accomplishing little, blogger Joel Runyon suggests you try a new approach that he calls "workstation popcorn." Instead of staying put, you pop about, in a planned way, working at three different locations. It may seem odd but he feels it tripled his productivity over a week, so the odd approach may be worth consideration.

Start by calculating the time of your various tasks today. Then break them into three equal groups. Now find three excellent places to work from, such as coffee shops. For him, critical is the quality of the coffee, that the space feels comfortable for work and, of course, that the Wi-Fi is top quality. Over time, you'll want to develop a long list of possibilities, changing the scenery, but start with three.

Each time you finish the group of tasks allocated to that spot, pack up and move. "If you can, walk or bike to your next stop. Avoid driving if you can. The physical activity is important," he writes. "Use this time to practice your Zen, take a break from your screen, and get some movement into your day. Keep your phone in your pocket, and move. Take a break away from work for at least thirty minutes. Whatever you do, don't go back to the same place you just left." And when you get home, he insists, stop working. 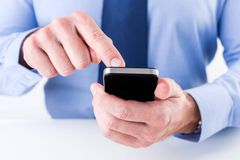 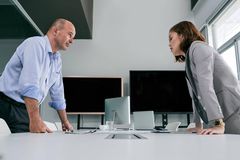 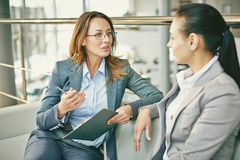 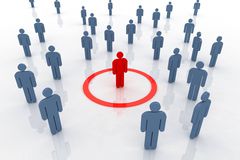