One of the central challenges of our careers is that to accomplish anything we need to work with others, but since people can be difficult many of us prefer to avoid such collaboration. Ideally, we want control, not collaboration.

But Adam Kahane, a Montreal-based consultant who handles highly complex and volatile situations – he started in South Africa in the 1990s, and has worked in Thailand, Columbia and with Canadian Indigenous negotiations – says that it helps that if we learn to stretch ourselves, we can successfully be Collaborating with the Enemy, as his recent book is titled.

That phrasing raises hackles, since most people don't want to see their colleagues as enemies. Indeed, his Australian friends insist they have no enemies – "we're all mates." But he says that's a lie, and they're deceiving themselves. Others, even colleagues, have quite different interests and agendas.

For his French and Dutch friends, the phrase carries a lot of baggage, as fellow citizens were collaborating with the Nazis in the war. And he's happy to play on that double meaning. Collaborating, in its dictionary definition, means both to work with and to betray. "That is the tension at the heart of all collaboration. I need to work with others, but I may betray my interests. It's a critical tension," he says in an interview.

In the book, he coined the word "enemyfying," a syndrome that U.S. President Donald Trump exemplifies, in which we see people with different interests as people who are trying to actively hurt us. When things become difficult or challenging, we expect others to change what they are doing. And tensions escalate when that doesn't happen. "We see enemyfying all around us. It dominates the media every day: People identifying others not just as opponents to be defeated, but as enemies to be destroyed," he writes in the book.

He stresses in the interview that "enemyfying is a complete waste of time. I could spend much of my life thinking what my colleagues, kids and Mr. Trump should do without it having any impact. The only thing that matters is what am I going to do next?"

And that may not be to collaborate, he stresses. There are always four avenues, three of which don't involve collaboration. Our first instinct when working with others, invariably, is force: Try to push others into acceding to our wishes. A second option is to adapt to what others want, and learning to live with it. That often happens in life as there is little we can control. We can also exit. Don't like your boss or company? Unhappy in marriage? "I'm out of here" is a third option many take.

So collaboration is – and must be – a choice. The conventional approach is to focus on the harmony of the team, which he feels is too narrow. We want everybody to agree and aim to do that by trying to change everyone else's thinking to coincide with our own. That's too controlling and, worse, he insists it never works.

Instead, he asks you to stretch – three stretches, actually – and try an unconventional form of collaboration in which you embrace conflict and connection, experiment with your way forward and work with others to co-create the way ahead.

The first stretch deals with how to relate to people we work with. It involves recognizing that everyone involved in this collaboration will have different ideas and that ultimately, the solution will recognize those different ideas. Often we ask people to focus on the "the good of the whole," meaning the entire group, but actually mean the "the good of the whole that matters most to me." Instead, we need to recognize that all social systems consist of "multiple wholes" – more than our own viewpoint. He adds that dialogue is not enough. "Dialogue and fighting have their place," he says, and that's preferable to the silencing of conventional collaboration.

The second stretch is to experiment with finding your way forward, trying different approaches to see what works rather than trying to build the ultimate plan in advance, an approach effective in technology but not in social policy or the political world.

The third stretch is moving from the sidelines – watching and blaming others – to the middle of the game, working with others who have different, often dramatically different, views, and recognizing you can't change them. "The only thing you can change is yourself," he notes.

Collaboration is difficult and challenging. But he says it's possible if you're willing to stretch.

Seven lessons from the trail to apply to your career path
August 21, 2017 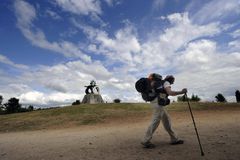 Learn to find fulfilment in life after work
August 14, 2017 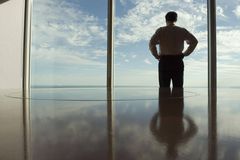 Realign your organization to move forward
August 7, 2017
Five forces to consider when rethinking your strategies for mobile sales
July 31, 2017
Retool your approach to be a better coach
July 24, 2017
Follow us on Twitter @globe_careers Opens in a new window
Report an error Editorial code of conduct
Due to technical reasons, we have temporarily removed commenting from our articles. We hope to have this fixed soon. Thank you for your patience. If you are looking to give feedback on our new site, please send it along to feedback@globeandmail.com. If you want to write a letter to the editor, please forward to letters@globeandmail.com.
Comments