If, ultimately, the mind is the key to business success, how do we avoid the common mistakes that arise in our thinking? With so much research being published on neuroscience and its impact on decision-making, how can we incorporate those revelations into our daily work?

Those questions have plagued Matthew May, a Southern California consultant, as he works with executives to improve effectiveness. "There are all sorts of books on the brain, but none focuses on practical advice for business people to win the brain game," he says in an interview. So he decided to produce a manual focused on seven fatal thinking flaws – and, perhaps more importantly, how to counter those tendencies. In Winning the Brain Game, he warns against:

Leaping: When faced with a problem, our tendency is to immediately serve up an answer. At the end of the average day, you may have done that 50 to 100 times. But when a complex problem arises, a top-of-mind solution will often lack the depth and creativity required. The fix is to slow down and try what he calls "framestorming" – thinking of questions, rather than solutions, to pursue, opening yourself up to investigating different viewpoints and options.

Fixation: The brain loves patterns. But patterns can get us into a mental rut – rigidity and blinkered, linear thinking. The cure is inversion – taking a situation and reversing it. Write out the salient characteristics of the current solution and play "Opposite Day" with it, imagining the possibilities of turning things topsy-turvy. It can work wonders, Mr. May says in the interview, pointing to the iPhone, a phone without the keyboard every previous phone had, and Airbnb, a hotelier without any property.

Overthinking: While our greatest tendency is to leap to a quick solution, sometimes with a big problem, we can do the reverse and overthink, fearful of the uncertainty and risk. That only adds cost and complexity. "It's the art of creating problems that weren't there in the first place," he says. The antidote is prototesting, a term he coined combining prototyping and testing. This allows us to check out possibilities and understand the situation better through a minimal probe – be it a back-of-the-envelope sketch, a simple mock-up or a test of alternatives with consumers.

Satisficing: Another term coined by bringing two words together – satisfy and suffice – satisficing was meant by Nobel laureate Herbert Simon to highlight our tendency to choose minimal rather than optimal solutions. "Satisficing is the 80-per-cent solution," Mr. May says. Avoid such compromises with synthesis, merging the best of two opposing solutions into a new, powerful alternative. Turning the People's Choice Award into the highlight of the Toronto International Film Festival, he notes, allowed the event to challenge the invitation-only Cannes Film Festival for media buzz without giving up its broad audience.

Downgrading: This involves formally backing down from a goal, perhaps by twisting the facts to suit our initial solution or revising our estimates of what is needed. He says we see it in project teams all the time. Instead, try jumpstarting – finding an alternate source of power, as you might with a car with a drained battery. He recommends a fresh start through a "can if" approach: Find out what is needed to achieve your goals, and figure out how to put that in place.

Not Invented Here: Too often when an idea is raised by an outsider – or is based on a practice beyond our own unit – we reject it. We don't trust other people's solutions, viewing them as threats. Steve Jobs knew better, borrowing ideas from elsewhere with pride, saying "good artists copy, great artists steal." The fix is to reach out for ideas "proudly found elsewhere," as Procter & Gamble did with its open innovation process, known as Connect & Develop, aiming to secure 50 per cent of innovations from outside the organization.

Self-Censoring: The worst mistake, Mr. May feels, is self-censoring, rejecting, denying or stifling our own ideas, as an inner voice serves up misleading doubts. The fix is self-distancing, which builds on the interest these days in mindfulness. It can be as simple as replacing the first-person pronoun "I" with "you" or your own name in working through a stressful situation.

The flaws are common to all of us. The fixes are less common, but you can become skilled at practical approaches, he says, by being alert and practising them – and sharing with others. Seven not-so-fatal flaws, if you follow his advice. 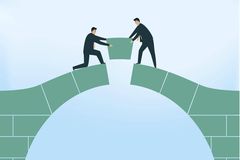 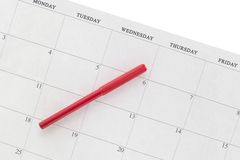 In the workplace, don’t be afraid to let loose your inner maverick
May 16, 2018 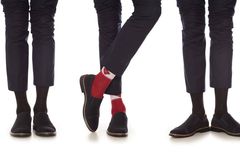 Network orchestrators are the new path to profit
May 16, 2018 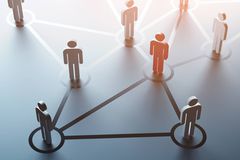 Why cost-cutting and efficiency are passé
May 16, 2018