Queenie Choo is the CEO of Success, the largest non-profit social service organization in B.C. The organization provides settlement services to new immigrants through 25 locations in B.C. and three overseas offices, in Beijing, Seoul and Taipei. Before joining Success in 2012, Ms. Choo was executive director responsible for redesigning the home and community health system at Alberta Health Services.

I was born in Hong Kong. My father died when I was three years old. My mother raised my older brother and me. No words can express how grateful I am for how she raised us.

We weren't a rich family. Everything we had we had to earn it. My mother worked in a garment factory. She would bring me to her workplace when I was little because we couldn't afford a babysitter. I recall her ironing shirts with palm-tree prints on them before they were shipped out. It was a tough life in the 1950s. The economy wasn't great in Hong Kong at the time either.

During high school, I helped earn some money for the family by tutoring math and science for elementary school kids. My grades were very good. I wanted to go university in Hong Kong to study medicine, but I couldn't bear the thought of my mother continuing to struggle for me to pay the fees. Instead, I went to the U.K. to study nursing.

Alberta was recruiting nurses in the U.K. and I decided to go. I arrived in Edmonton in December, 1980. I didn't realize how cold it would be. I was young, in my early 20s, and I thought nothing would stop me. Plus, they gave us a one-way ticket and a one-month honorarium to get started. If you changed your mind, you'd have to pay it back.

There were no services for new people to the country at that time. I didn't know how to access services, but I knew the language and I had a job. I got a car, which isn't a luxury in Edmonton in the winter, but two months later it got stolen. That was a setback and I was very devastated. At the time, it was my only asset. That was the first challenge. The police eventually found it and it got fixed.

The second challenge was to get my nursing credentials recognized in Canada. I was asked to get my TOEFL [English language test], even though I was trained in English in the U.K. Instead, I decided to finish my high-school diploma, in my early 20s, and then I got my nursing degree and later a master's in nursing from the University of Alberta. I was working as a nursing supervisor on the night shift while attending school.

I held various management roles in nursing until, in 2012, I was invited to be the CEO of Success in Vancouver. That was a big decision for me. I wasn't young in my career. I wasn't looking for a job. My family, including my two daughters, totally supported me.

I came for the job because of the values of diversity and inclusion, which are the values of our country. That helps me walk the talk. Every step of the way, I want to make sure what we do serves the country well.

I truly love the work that I do. My role is to ensure that we have adequate resources to serve the community well. My challenge is to make sure the service is impactful, value-added, appropriate, relevant and also cost-effective. We don't just serve the Asian community. We have deep Asian roots, but we have an open heart. We aim to be reflective of the communities where we are. We have evolved as a very multicultural, multilingual organization.

This job requires someone who not only thinks corporately but is also a people person. I think that's a challenge for some people. For me, this is what I bring in. I started my career as a nurse. I am still a nurse.

I think people see me as a hard-working person, a fearless leader and someone who is passionate and speaks from the heart.

For future leaders, it's important to believe in your vision and to pursue it. Without the vision, you'll be hard-pressed to achieve what you'd like to see happen. If you don't get started, you'll never get there.

I believe, as leaders, that we have to be creative and to think outside the box. We also have to change with the times. If we continue to do the same thing we do every day, we only get the same result – or less.

Donna Butt: ‘That sense of wanting to belong to something is universal’
October 23, 2017 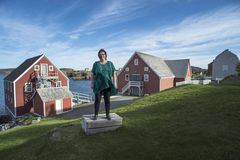 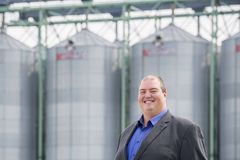 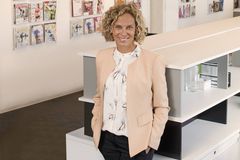 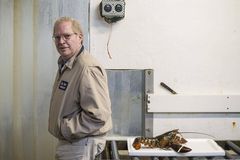 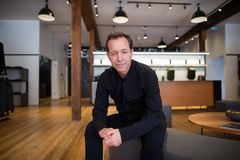