It's October 11, 2001, the opening round of the American League baseball playoffs, Oakland A's facing the New York Yankees. Nearly 57,000 bellicose fans in Yankee Stadium – and a TV audience of 11 million – are watching A's closer Jason Isringhausen trying to protect a 2-0 lead.

It's crunch time, and he is not doing well. During the regular season, he struggled and his confidence plummeted. A lead-off double and a walk has put men on first and second base, with nobody out. The A's pitching coach, Rick Peterson, strides out to the mound, wondering, as usual, what will greet him.

This time, it's a shaky pitcher – literally. As he puts his hand on the player's shoulder he feels the reliever's body shaking. "I can't feel my legs," the pitcher says anxiously. The coach, who as a youngster wanted to be either a comedian or a pitcher – he used to memorize Red Skelton monologues – just smiles. "That's okay, we don't need you to kick a field goal."

The silly joke relieves the pressure. The coach reminds his player that a bout of nerves is not uncommon in pressured situations but those nerves shouldn't control him. He has to return to his task, one he has done to perfection thousands of times. "Hit the [catcher's] glove. Remember, you're a professional glove hitter."

The reliever quickly gets the next three opponents out and saves the game.

If pitchers are professional glove-hitters, Mr. Peterson is a professional reframer. He coaches players to be their best when it matters most and counsels them – and you, in your crunch time at work – to relax, viewing the situation in a new way that will reduce fear, anxiety and doubt.

If a pitcher walks the first hitter, for example, Mr. Peterson will cheerfully note that there is now an opportunity to get two outs with one pitch – something that couldn't happen before. He recalls the legendary head of IBM, Tom Watson, brushing aside the fears of an employee who had made a huge mistake, supposedly worth $10-million. No, the chief executive officer wouldn't fire him. After all, the CEO had just made a $10-million investment in the employee.

After 40 years in baseball, 15 in the major leagues, Mr. Peterson has taken his reframing approach to business as a keynote speaker. In preparation, he produced a book Crunch Time: How to Be Your Best When It Matters Most with Judd Hoekstra, a vice-president of the Ken Blanchard Organization.

The book highlights the caveman within us, the reptilian brain that leads us under pressure to fight or flight. "While the caveman lives in your brain, it's not really you," they write.

Instead, create some space and time to regain control. Pause and reflect on your caveman's story – what your fear, anxiety and doubt is telling you. Then ask why you are feeling that way and challenge the assumptions behind that story. You aren't a field-goal kicker, for example, but a pitcher. Explore alternative, rational stories, identifying at least two other ways to view the situation you face. Then, choose the story that most increases your sense of control, confidence and vision of success. All you have to do is hit the catcher's mitt and you have done that a zillion times before.

Mr. Peterson suggests in particular reframing from trying harder to trying easier. In an interview, he recalls how Hall of Fame pitcher Sandy Koufax would tell Mets pitchers at spring training to see how easy they can throw hard, as he had learned. "When you try your hardest, you won't do your best," Mr. Peterson says.

"In a sales presentation, you'll do better if you realize that this doesn't have to be the greatest presentation of your life. We told the pitchers in the World Series they could be extraordinary by being ordinary."

Humour can be helpful in reframing tense situations. You can also reframe from anxiety to taking control. Figure out your own version of "just hit the glove." Forget about achieving your best in a situation – just beat your average, which will be more than enough for success.

Reframe from doubt to confidence. Refocus on the skills you've acquired over the years and relive your best past performances. List your strengths on the right hand side of a piece of paper and then on the left list three or four things making you anxious. For each of those concerns, write down how you can address the anxiety.

You may not be pitching in a playoff game. but reframing can still be effective in your moments of pressure.

Separating wheat from chaff in your email inbox
April 15, 2017
To ensure success of your startup, remember you aren’t Steve Jobs
May 17, 2018 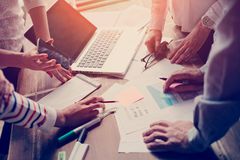 Quit caffeine to improve alertness and work performance
April 14, 2017
Learning branding from Kim Kardashian
April 14, 2017
Strategy plus execution: It takes both to succeed
May 17, 2018 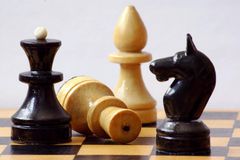