Rob St. Denis, 42, is the youth labour market consultant, Community Futures Treaty Seven, in Calgary. (Treaty 7 is an agreement between the federal government and seven First Nations in southern Alberta.)

I grew up in Saskatoon. I am a registered band member in Beardy's & Okemasis's Cree Nation.

My role is to connect Treaty Seven youth (ages 18-30) with the labour market. I manage and hire for our training programs.

In high school, I didn't know what I wanted to do for a career. I only liked basketball. I played with some former pro Western Basketball League players for a few years, then played at Brandon University [in Manitoba] where I blew out my knee. I didn't feel connected to school without basketball so I dropped out.

One of my good friends said, "Let's go to SAIT [the Southern Alberta Institute of Technology] and we'll play basketball together." So I went to school and made the team. I ended up there by myself. He didn't come.

I messed up my band funding transferring schools. I dropped out at after one term and the coach was pretty mad because I had good grades.

I went to work with the Harlem Comedy Kings, a smaller version of the Harlem Globetrotters that travelled through small towns and First Nations communities in Western Canada. I'd do community talks to youth before the game.

I returned to SAIT mainly because I had met the woman who would be my wife. The coach took me back and had me under high scrutiny. I couldn't swear or get mad.

I learned how to conduct myself, to act like a professional and to know I was marketing a product, instead of putting my frustrations out there. We won the [Alberta Colleges Athletic Conference] finals in 2000.

I was supported by the Treaty Seven Economic Development Corp. There was a lot of opportunity for a young First Nations man who was a student-athlete. I worked for the Friendship Centre, the Boys and Girls Club and the YMCA as a program manager. Then I won the competition for this job and stopped going to school.

After a few years, I hated that I didn't finish the business diploma. I had one year left before all my credits were going to expire. I said, "Forget it, I will start from the start." I had a son, so it took me six years at night.

One great mentor is my aunt Verna St. Denis [a professor at the University of Saskatchewan]. I wasn't going to go to my graduation and my aunt said, "It's a really important thing; I'm going to book my flight." She was so excited.

I went on to get a business degree from the University of Lethbridge. The classroom wasn't working for my people, so I needed to understand where we fit into these textbooks and this economy and how do we retain people when they do fit into these environments?

We place a lot of people, but retention is the challenge. I refer to it as the honeymoon and the marriage. A First Nations person goes to a non-Indigenous employer. Everyone is happy and celebrates and it's like a party for a year. Then, differences start popping up and the honeymoon ends after about 18 to 24 months. I'm guessing the retention challenge is because of that culture clash. If you're bringing in diverse employees and you want them to function at 100 per cent, you have to let them be 100 per cent of themselves. So if that's a softer handshake and less eye contact, then you have to let that happen.

People don't like when I say this, but moving from reserve to city is like a foreign exchange. Understand we are coming from a different nation, custom, behaviours.

I now coach basketball on Tsuu T'ina [a reserve southwest of Calgary]. And eight- to 10-year-old boys … they won't make eye contact. It's a humility thing to show respect that way. It looks like they are not paying attention, but I know they are listening.

I've stayed in this job because of intrinsic rewards: to hear from people who've made positive change and to be a small part of that.

I have been lucky. I've had good mentors, a lot of good elders. My dad showed me the value of hard work. He just turned 69 and just quit working in Fort McMurray. He didn't see value in sports, but it gave me an entry into education. 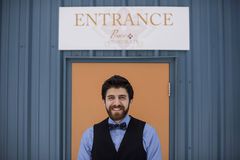 Susan Gubasta on turning 50, becoming your own best friend, and never giving up
January 28, 2018 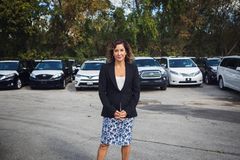