In 1930, famed economist John Maynard Keynes predicted that by the end of the century people would be working a 15-hour week. He figured we would no longer need to work long hours to earn enough to satisfy our material needs. Instead, we would be preoccupied with "how to use freedom from pressing economic cares" that accompanied societal prosperity.

It hasn't worked out that way, of course. The 40-hour work week remains a staple of Western society, and many people put in far more hours. But now a British think tank is asking us to rethink our approach, and adopt a 21-hour work week. The New Economics Foundation, based in London, England, argues that is what we should be working if we wanted better balance – not just between the time at work and the time immersed in other life pursuits, but also balancing hours worked more evenly amongst the population, and moving us towards a more balanced, sustainable, less carbon-dependent economy. Anna Coote, head of social policy for the foundation, said in an interview that other, less drastic targets were considered, but "we went with 21 hours as it's the 21st century and it's good to get people to think radically. That would be a three-day week."

The foundation does not expect it to happen overnight. Indeed, practically, it's simply hoping that the report will lead us to reconsider our current work style and cut back, perhaps aiming initially for something like a 30-hour week, which in itself would be radical.

France instituted a maximum 35-hour week in 2000, and one trade union study found 58 per cent of respondents felt it had a positive impact on their life, mainly because it reset the work-life balance equation. On the negative side, the foundation says the option to spread annual hours in longer weekly chunks over the year made work more variable and less predictable, especially for low-skilled workers. When Nicholas Sarkozy was elected president, his government changed the law, giving employers a free hand to impose longer hours.

Ms. Coote says her foundation is not promoting a mandatory approach by government, but prefers cultural change. You may gasp at a 21-hour work week today – or even a 30-hour week – but you may have been equally unbelieving in the past that smoking could be curtailed, seat belt restraints and cycling helmets become common, and voluntary recycling become widespread. "We want to influence the climate of opinion and then change thinking. If in time we need a regulatory underpinning, that can be done, but first we need a change in attitudes," she says.

The report notes that the Factory Acts at the end of the 19th century first limited the paid working week and by the beginning of the Second World War the eight-hour day and the five-day week were beginning to be seen as normal. "Fewer workers clock in and out of their jobs these days, but the logic of industrial time still ticks away in our heads, shaping how we understand our lives," the researchers state.

The immediate fear many people will have is that their income will shrink. But Ms. Coote has two responses to that. The first is that when work is redistributed, it might mean the same hours or even more hours within a family, so income may not take as big a hit when, say, the husband spends more time at home with the children and the wife goes out to work 21 hours. But her foundation is also taking dead aim at overconsumption, and less income, she feels, will have a positive benefit. She notes that one of the fastest growing industries these days is self storage, with units dotting the edges of major metropolitan centres. "We are working to buy," she says. "It's an example of overconsumption – people buying things they can't use."

The researchers expect that negotiations with employers might see workers sacrifice part of their pay increases for reduced hours, as the value of a shorter work week is recognized. In the transition period, companies might also clamp down on overtime, so hours are released for people currently working part time or unemployed. Governments would also have to look at eliminating some of the penalties companies face in payments like unemployment insurance for taking on new employees rather than working existing employees for longer periods.

The researchers admit their report is meant as a provocation. But the resistance might come from the very people they are trying to help. People like to complain about the long hours they work, but in doing so it's like complaining about the weather, something to talk about in a woe-is-me vein. But Ms. Coote says: "You can't do much about the weather but you can change the way you work."

And if you do, the report says businesses will see greater productivity, as studies show long hours hurt productivity. Individuals, in particular men, will have more time for their families, as they work a three-day week. And the transition to retirement will be less painful; indeed, if 21 hours are the norm, that work week may even continue for many people through what are now retirement years, since it's more comfortable.

"A much shorter working week would change the tempo of our lives; it would re-shape habits and conventions and profoundly alter the dominant cultures of Western society. It would help to promote sustainable social justice, well-being, and the good life, to safeguard the natural resources of the planet, and to build a robust and prosperous economy," they argue. What tai chi can teach us about work life balance
January 20, 2012 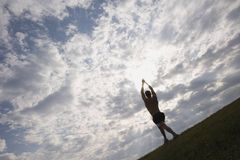 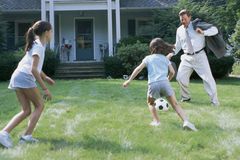 Sandwiched between a busy career and an aging parent
January 13, 2012 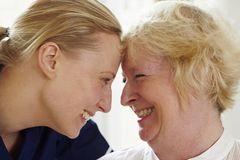 To achieve your personal goals, get them on your calendar
January 6, 2012 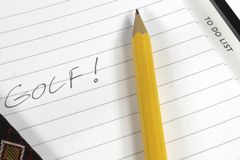 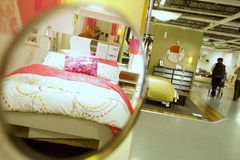