Leadership matters. So does continuity of leadership. One principal responsibility of a leader – whatever the institution – is to prepare his or her successor. Beyond that, leaders need to be sure that there are willing and worthy successors ready for all major – and minor – positions within their empire.

Perhaps the definitive model of developing a leadership pipeline in the corporate world has been GE, which has not only carefully prepared its own chief executive officer and senior leaders with remarkable effectiveness, but also groomed many who have gone off to use their talents in other companies.

Noel Tichy, a professor at the University of Michigan and long-time researcher on succession, played a key role in that leadership process when he accepted former CEO Jack Welch's 1985 request to head the firm's management development institute at Crotonville, N.Y.

In his new book Succession, Prof. Tichy suggests that the poster boy for how not to handle succession might be Hewlett-Packard, which kept reaching outside for CEOs who seemed glowing but proved flawed, most famously when they recruited and then fired Carly Fiorina. HP lurched for Leo Apotheker, who had been tossed out of SAP for high-handed and erratic behaviour, without most of the 12 board members even interviewing him.

But don't sneer, since your organization might not fare any better. Prof. Tichy concedes that as many as 80 per cent of Fortune 500 companies and an equivalent percentage of academic institutions and non-profits have formal succession plans in place. "But in my experience, all too often these formal plans are no more than that – empty formalities, technicalities, and charade-like check-the-box exercises. When push comes to shove, as it nearly always does, such plans and processes ostensibly designed to serve an orderly, seamless, non-disruptive CEO succession, absent political infighting, cultural confusion, ambiguity, and ambivalence, often breaks down in practice," he says.

He contends that CEO succession is the No. 1 determinant of organizational performance. There are many ways to go wrong, but seven failure factors dominate:

Like many strategy plans, the succession scheme might be great in theory but is poorly conceived or inoperable, and hinders developing the next generation of leaders.

Organizations fail to ask what would happen if their CEO were to be hit by a beer truck on the way to work. They assume they will have time to find a successor but there are a long list of companies Prof. Tichy cites where a sudden incident – from a heart attack, to cancer diagnosis, to revelations of improper sexual relationships – have quickly ended a leader's career and the organization hasn't been prepared.

Microsoft CEO Steve Ballmer's outsized personality led many potential successors to jump ship, leaving the company scrambling when he did announce his retirement. Many companies are similarly stymied.

4. Blinded by the stars

The board is inclined to reach for outsiders rather than build internal talent. They figure an outside candidate will inject a dose of fresh air into the company and, while that can be the case, it can be counterproductive.

Boards choose an executive from a high-flying company that is benefiting from the business cycle or actions designed to pump up its stock.

HP had 20 traits members were looking for when they picked Ms. Fiorina but Prof. Tichy says such evaluations are often highly vague and too often ignore key components of experience needed, such as running an operation where both profit and loss were compiled.

Some boards fear a damaging horse race among top internal contenders and opt for an outsider so that their top executives won't quit when a colleague is picked over them. Indeed, when HP's Mark Hurd left, consulting firm Spencer Stuart identified four serious insider contenders but the board disqualified them because appointing one would lead the others to resign. But that's life, and companies have to accept it. Jack Welch did, picking one contender to follow him and helping the other two to find jobs elsewhere, with solid replacements already in place.

"CEO succession and executive transition is not, should not, and never will be only about selecting the best CEO from a pool of likely candidates. It must always be about building a continuously transforming succession pipeline carefully constructed and designed to grow truly transformative leaders on the inside," he writes. The book is a manual for such an effort, rich with examples and insights, showing the role that key powers must play.

Editor's note: An earlier version of this review of a book on succession planning incorrectly stated that none of the Hewlett-Packard Co. board members interviewed Leo Apotheker for the job of chief executive officer. In fact, four members of the 12-member board interviewed him. Also, after Mark Hurd left the company, four contenders for the CEO position were disqualified by the HP board, not consulting firm Spencer Stuart, as stated. 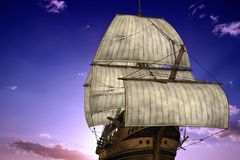 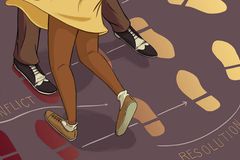 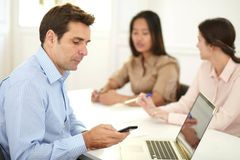 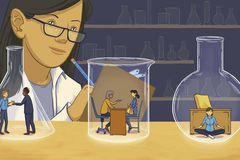 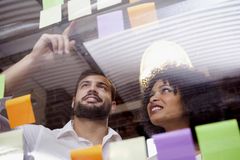