Brad Johnson and David Smith are two dudes – their term – with a mission to get dudes to help women in organizations.

They both teach at the United States Naval Academy, so they are well aware of masculine culture and the problems women face in organizations – as well as the difficulties that arise when men mentor women.

Prof. Johnson, a clinical psychologist, has deeply researched mentoring and Prof. Smith, a sociologist, teaches gender issues and the experience of women.

While they were meeting with Sheryl Sandberg, chief operating officer of Facebook and author of Lean In, she stressed that men have to be a big part of the solution for workplace gender issues and so the two dudes decided to see what they can do to expand and improve mentoring by men of women. "We're guys, we teach at a military academy, and we can speak to guys with credibility," Prof. Johnson said in an interview.

With so few women in top positions, there aren't enough to mentor the many women in lower ranks and men have to help. Beyond that, there are three reasons for guys to get involved.

First, it's a bottom-line issue: If organizations don't keep, retain and promote women, they are only using half the population.

Second, it's good for women – those who are mentored get promoted more, enjoy their career more, are happier, and achieve better work-life balance.

Third, men who engage with women in collegial relationships see their EQ (emotional intelligence quotient) rise a few notches; they communicate better and are more empathetic. "Dudes, this is good for you," Prof. Johnson declares.

But men have been holding back or when they try are uncertain of how best to handle the gender differences. The elephant in the room, the duo feels, is that men are worried they might be attracted to the woman they are mentoring. The professors brush that aside: It's a natural, normal biological reaction for many men. The danger, Prof. Smith says, is that "we'll deny that attraction but still act upon it. Use the frontal cortex, acknowledge it, think about it, and make good decisions."

In their book Athena Rising, a manual for men mentoring women, they present 46 specific lessons, including:

First do no harm: Mentoring is a fiduciary relationship and you have an ethical obligation to do no harm. Be careful with your advice and any assistance you offer. Beware of benign sabotage, helping a woman get into a job she's not yet ready for. Keep her career front of mind, not how things you suggest for her might be gratifying to you. "You don't want to take on women as mentees to make yourself look good," Prof. Johnson warns in the interview.

Confront your gender biases: Be alert to the gender stereotypes you have absorbed, such as she is not as committed to her career as men or if she takes on a greater burden at work she will be abandoning her responsibilities to family. In their interviews with mentors, a number talked of times when they held back from recommending a woman for a promotion because she had children. "Let her make the decision," Prof. Smith says.

Understand your "man scripts": Your relationships with adult women have been influenced by the father-daughter dynamic; the warrior/knight stereotype of rescuing the damsel in distress; and the seducer-seductress theme. Mentoring isn't any of that, so guard against those instincts. You may want to help her, but that doesn't mean she is a damsel in distress you must save. She's not your daughter, needing you to father her. And, of course, this is not about seduction. Those impulses will arise; be alert, and beat them back.

Be a role model: Set the tone for inclusivity by your actions in the workplace. Inquire about the experiences of women in the workplace and help address problems. Promote formal mentoring programs, especially those targeting women.

Practise humility: You've never been a woman so don't assume you know everything about them. Don't assume, either, that women are all the same; she is an individual. "Let her know at the start that you don't understand her experiences, and do your best afterwards to understand her career in her terms," Prof. Johnson says.

She's more like you than you think: Alternatively, don't exaggerate the differences. Women often have the same aspirations as men. "They are looking to achieve the same things as guys," Prof. Smith says. "Women are not foreign."

The two dudes' important message: Men, step up and mentor women – with humility and a desire to learn.

The four stages to maintaining a loyal customer
January 23, 2017
Tap into these 15 societal currents for marketing ideas
January 16, 2017 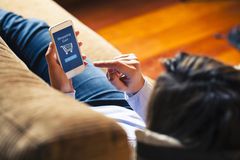 The five steps of the ‘Haystack Method’ of trend curation
January 9, 2017 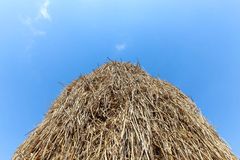 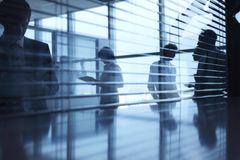 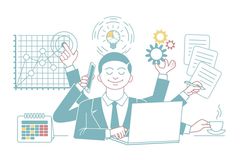