With the tax deadline looming, the moment of truth is upon us. Or at least it's upon some of us. For others, it's time to weigh just how much to reveal and how much to conceal.

All that weighing can be a lot of work for the brain, according to Harvard psychology professor Joshua Greene, who studies the neural signatures of lying. "What are the cognitive processes of deciding to be honest? And if someone is honest in the face of temptation, does it require extra effort to resist the impulse?" he asks.

Such questions get to the heart of the moral dilemmas we face every day. How assiduously do we report our earnings and expenses, for example? And what internal mechanisms are responsible for the momentary twinge that accompanies the mismatch between what we say we do, and what we actually do?

Professor Greene, along with graduate student Joseph Paxton, decided to test whether exerting moral self-restraint could be detected on brain scans. After all, if resisting the temptation to cheat requires an active force of will, then telling the truth should activate brain regions associated with planning and cognitive control. But if honest people are immune to lying, their brains shouldn't be preoccupied with resolving any dilemmas. Virtuous folks might simply tell the truth and nothing but the truth, no matter what.

So which is it? Do honest people feel conflicted and fight the urge to cheat? Or are they acting on autopilot?

To test these two possibilities the researchers gave 35 volunteers the chance to earn some extra cash while participating in an ingenious experiment. The subjects were told that their "paranormal abilities" would be assessed under two different conditions - when their predictions about the future were private, and when their predictions were made public (and therefore couldn't be changed later).

While the subject was in the brain scanner, a computer randomly generated a series of coin flips. Each time the person was asked to guess whether the outcome would be heads or tails. Because they would be rewarded for accurate predictions and punished for their mistakes, there was an incentive to tweak their answers to get them right. Still, the volunteers were instructed to be honest. So how would the subjects' performance, and brain activity, differ under the two conditions? How many would change their answers if they thought no one would know? And what would such dissimulation look like on a scan?

"They should be dead-on at 50 per cent if they were honest," Dr. Greene said. That was indeed the case for 14 subjects, or about 40 per cent of the players. But another 14 had accuracy rates of 84 per cent, on average. Unless they were clairvoyant, this group had more often than not changed their initial "private" guesses to reflect the actual outcome.

In other words, they cheated - and their brain scans told the tale. "There was increased activity in the dorso-lateral prefrontal cortex in the dishonest people," said Dr. Greene, referring to an area of the brain, right behind the uppermost part of the forehead, that plays a powerful role in planning and decision making. "This control network was activated when they had to make a decision - when they were struggling and strategizing about when they had to lie, and they didn't want to make that overt." It was also activated when they reported they got it wrong, and they actually did get it wrong, he said.

The most interesting result was completely unexpected. "You might think that the people who were consistently honest would be exerting will power. But that's not what we found," he said. Instead, the brain scans of the honest folks looked very similar in both conditions - when their choices were public (and thus they couldn't change their minds), and when they had an opportunity to cheat. Unlike the dishonest players, will power didn't seem to play a role in honest people's moral choices.

When it comes to moral rectitude it seems that "some people have it by grace, other people have to exert will," Dr. Greene said. In any case, he argues, the time to worry about your style of honesty isn't when you're doing your taxes, but when you're raising your children. Because while it may be too late for you to learn effortless honesty, you can give your kids a head start in acquiring the "grace" that makes truth telling so simple it's almost a no-brainer. 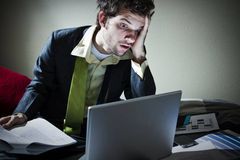 Why shared negative attitudes help us stick - and work - together
April 11, 2011 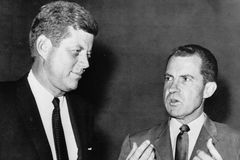 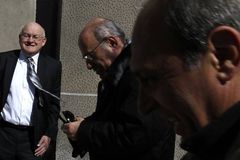 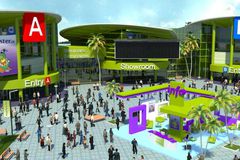 Quality of work as relevant to health as no job at all
April 7, 2011 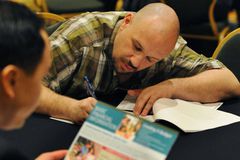 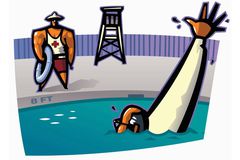