You don't have to be a celebrity like singer-songwriter Randy Newman to discover it's lonely at the top.

In fact, half of chief executive officers surveyed in a new study said the intensity of their job and the lack of peers to confide in creates intense feelings of isolation.

This disconnect has been a drag on performance for 61 per cent of the 83 CEOs of large public and private organizations surveyed by management consultancy RHR International.

First-time CEOs are particularly susceptible, the study found, with nearly 70 per cent of rookies saying loneliness and the lack of feedback negatively affects their ability to do their jobs.

The findings reveal that even confident CEOs can be surprised by the stress that comes with of the job, said Thomas Saporito, Chicago-based chief executive officer of RHR.

"Stress, pressure, and loneliness all combine to create job challenges unlike any other they have previously had," Dr. Saporito said. It has a strong impact "because you know the buck stops with you and it can be daunting to consider whether you are making the wisest decision based on the limited information you have at hand."

It's not that the executives lack spunk: 87 per cent said they felt very confident when they entered the C-suite. But 54 per cent said reality was different from what they originally expected.

There can also be an underlying anxiety about the prospects of being deposed. Thirty-eight per cent of CEOs felt the current economic uncertainty is the greatest threat to their tenure and 21 per cent cited worry about the speed of change in their industry.

Many of the rest said they feared they would eventually clash with shareholders or the board over failing to meet expectations. Only 6 per cent said they worried about not having the right management team to get results.

There were also optimistic findings in the survey, which was done by Harris Interactive Service Bureau. Despite a number of headline-making clashes between executives and their boards of directors in the past year, 98 per cent of the CEOs said they have good relationships with their boards, and 95 per cent said they believe the directors support them in the majority of decisions they make.

"While some CEOs have poor relationships with their boards, it's clear the majority don't fall into this category," Dr. Saporito said. "The ones who do are simply the rare exceptions that make for good press."

The CEOs overwhelmingly said they find boards a fruitful source of feedback and support, with 96 per cent saying they can speak honestly with certain directors about their performance and the impact of their decisions, and 59 per cent citing the board as their most helpful source of feedback.

"To overcome the isolation at the top, CEOs need to find people they can trust who can hold up the mirror to them. It's generally not someone on their management team; most often it becomes someone on the board or a peer CEO or former exec outside the company who has experience with a similar organization," Dr. Saporito said, adding: "It's up to the CEO to seek out unvarnished feedback,"

The succession process is where CEOs are most likely to find board relationships and communications break down, the study found. Seventy-six per cent said they believe they should be more involved in planning their own succession, and nearly half reported finding that miscommunication with the board about the selection process and setting criteria for the new leader can create ill-feelings.

"When it gets to succession it is about issues of can anybody really replace them, their legacy and the fact that the leadership expectations could be very different than when they took on the role," Dr. Saporito said.

"Succession planning is full of complex psychological nuances, not the least of which is the incumbent CEO's readiness to step down and release the power and prestige of the role," he noted.

"The succession process is much easier when communication and trust is high – so no one should be waiting until the discussion is imposed on them," Dr. Saporito said. 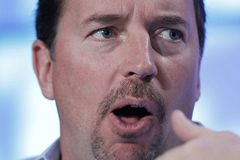 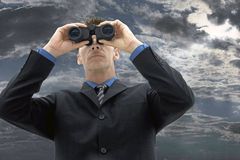