Larry Weidel has studied a variety of successful entrepreneurs from his perch in the financial services industry. He describes those who are successful over and over again as "serial winners." When he was struggling in his own career and trying to learn from them, he realized they weren't better than he was. But they were doing things he wasn't doing – and perhaps these are things you need to start copying yourself.

He boiled it down to five steps that create a cycle of winning, one win leading to others in the future, project after project after project. The steps: Decide, overdo, adjust, finish and improve. Those might sound trite – things you already know about and feel confident you do, but in fact they are deceptively difficult, calling for extra effort at each stage that we often neglect to produce.

Indeed, we often fail at the first stage, which in full he labels: Don't hesitate – decide. "At some point, you have to call a shot. Every skyscraper started with somebody's decision to build. Everything starts with an idea," the resident of Aspen, Colo., and Palm Beach, Fla., said in an interview.

But most of us limit ourselves. Doubts creep in and we cringe as friends and colleagues offer reasons why our effort is doomed. But serial winners dive in. They keep moving forward, knowing that to keep up momentum, they must make decisions and move on. In particular, he says they avoid three killers of dreams: "detail-itis," "excuse-itis" and the "hesitation virus." Indecision and hesitation create fear, and that will lead you to grind to a halt.

"When winners feel doubt, they manage themselves – as fast as possible – away from the overwhelming tendency to hesitate, overthink and overanalyze. They combat doubt with decision that drives positive action," he writes in his book, Serial Winners.

His second step casts aside the famed Nike slogan for a more aggressive approach: Don't "Just do it" – overdo it. He believes that human beings always underestimate what it will take to accomplish anything in terms of time, energy and money. It's the reason governments hit vast overruns on major projects. It's the reason people often give up on their goals very early in the chase.

In an Olympic race, when the gun goes off, the runners leap out of the gate. They are full of energy, overcharged. And that's what you must be to overcome old habits, inertia and unexpected surprises. So be prepared for blowback. Be prepared to overdo.

He favours a "rule of three" in preparation. In baseball, the best hitters get on base only one out of three times. Similarly, in life we're likely to be successful one out of three times. So make sure there are lots of possibilities before you, so if one out of three pan out, you'll be a winner. "The odds in life are that if you need one big thing to come through – say, one big sale to make your budget this quarter – it won't happen. You need to put the odds in your favour by having three possibilities," he said.

No matter how much you overdo, however, you will run into roadblocks. Don't quit – adjust. "If it's a birthday party or weekend with family or launching a war in Iraq, your first plan won't work. Things go wrong. What worked last time doesn't work this time. You need to go into situations knowing things will go wrong, and adjust," he said.

It helps if you have a plan B – several of them, in fact. Don't worship at the altar of the initial plan. Prepare alternative paths to your goal. He notes that legendary U.S. college football coach Bear Bryant tried to minimize emotional upheaval during games for his team by developing plans for every conceivable situation. Winning, he stresses, is a series of adjustments.

Winning is also finishing. You don't win if you give up just before the finish line – but he says that's often what happens. "Almost finished" gets you almost nothing. "So many people fail stupidly. They pay such a price, work hard on a project, invest their hopes and dreams, and then get distracted when near the finish line; [they] get overwhelmed and give up," he said.

Mountain climbers know it will get tougher near the summit. The air becomes thinner, the temperature grows colder and winds become stronger. The possibility of death haunts them. They know they must be mentally tough close to the finish, take more breaks and direct all their energy to getting to the summit.

Finally, don't settle for what you have achieved – keep improving. One of his mentors in financial services, Bob Turley, a onetime New York Yankees pitcher who won the Cy Young Award for best hurler in 1958, told him the great ones in every field don't really think they are very good; they are always trying to get better and view everything they accomplish as a work in progress. Mr. Weidel sums it up in the acronym ABI – Always Be Improving.

"Anybody can win and anybody should win, if they follow those five steps," he concluded.

Your values can help you achieve balance
December 10, 2015 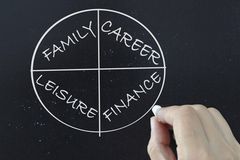 Eight rules to help your brand take off and reach orbit
December 6, 2015 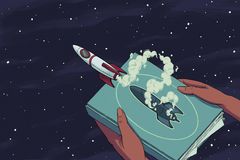 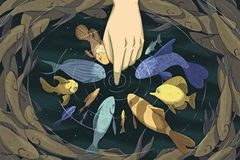 Tricks for boosting your sales through intelligent web design
November 22, 2015 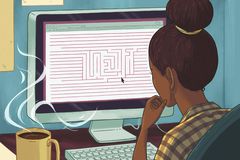 The makings of a successful corporate apology
November 15, 2015 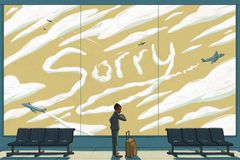