KFC tempura chicken strips get progressively spicier, the deeper you penetrate inland China. Iglo's frozen fish fingers used to have four different colours of breadcrumb, depending where you bought them in Europe.

Two contrasting attempts by multinational businesses to satisfy local sensitivities. Yet while the first was deemed a successful tactic, the second was considered a costly overspecification. Iglo's chief executive officer said that when he selected one coating at random for the whole group, managers who had fought to keep their country's recipe didn't even notice the change.

It is possible that somewhere in Europe lives an Italian mamma who still boycotts her local fish finger brand because it looks too Austrian, or that in China there is a KFC regular who couldn't care less what his tempura chicken tastes like. But this should matter to executives: knowing which local preferences apply may make the difference between success or failure when tackling a new market or launching a new product.

John Quelch and Katherine Jocz sum this up well at the end of their new book All Business is Local, where the KFC tale can be found: "The forces of globalization have not yet come close to rendering place irrelevant," they write. In fact, they say, generations of marketers have made a significant error by assuming they should consider the "Four Ps" of business school orthodoxy: product, price, promotion and place – in that order. But many decisions taken by executives overseeing global groups must come back to the specific question of how far to standardize their goods for a global audience, or customize it for a local one.

IKEA, the Swedish retailer, is a natural part of the story of why "place" matters in business – and not only because of its notorious store layout that routes customers who just want to buy a lampshade past every other product in its range.

When the group started to promote its unfamiliar Scandinavian designs to customers outside Sweden, it took a conscious decision that it would "shift the market's preference towards [its]own range and style", according to The IKEA Edge, by Anders Dahlvig, who was CEO for 10 years until 2009. That was bold, but it evidently paid off. Last week, a cash-rich IKEA said it was forging ahead with a €3-billion ($4-billion) investment plan for this year, including tripling the pace of store openings in China.

But Mr. Dahlvig believes IKEA may have reached the point where it can no longer sustain its increasing complexity and size and still serve markets from Warrington to Wuhan. The group already has to tailor its range for different places – there is little demand for its big sofas in space-constrained Chinese cities, for example. The next step, Mr. Dahlvig told me last week, should be to break it up into geographical units: "They would be able to develop in different directions, they would see different innovations, and they would be closer to the needs of the customer in those regions."

It is hard to imagine IKEA decentralizing while it is still under the influence of founder Ingvar Kamprad. But a push towards more local autonomy would fit the international pattern identified by Prof. Quelch and Ms. Jocz. Country managers have enjoyed a resurgence recently. Multinationals have realized that the regional structures they put in place in the 1980s and 1990s, while adequate for trading blocs such as Europe, are unresponsive to diverse, spice-sensitive emerging markets. As dean of Shanghai-based business school Ceibs, Prof. Quelch has firsthand experience of tailoring an international product – management education – to a local audience. To get that balance right, companies must now seek out managers to fill this demanding job description from All Business is Local: "Home-grown marketers with local consumer knowledge, who at the same time are open to ideas from other countries."

No easy matter. I used to think marketing was simple, compared with, say, product innovation. But – if their role is broadly defined, as it must be at global companies – practitioners of the discipline have a good claim to be doing one of the most complex, challenging and important jobs in modern business.

The downside of success: loneliness and stress
May 9, 2018 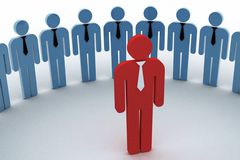 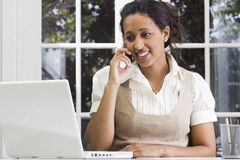 Two ways to help a perfectionist succeed
May 9, 2018 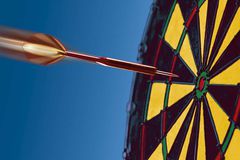