Take a look at your e-mail folders. You probably haven't given them much thought over the years. But marketing consultant Zach Hanlon says on Fast Company that you should reconsider your arrangement, and opt for five main folders.

That will help you avoid the two biggest mistakes people make: organizing e-mails into folders based on topics (unfortunately, e-mails rarely stay on track) and using the inbox as a to-do list.

Your five folders should be:

"E-mail will quickly become your master if you don't take charge. So once you embrace this system, you need to adhere to it mercilessly – there are no half measures," he writes. "We tend to get more lax about newly adopted habits as their newness rubs off. But I've actually gotten better over time at sticking to my five-folder rule."

2. The emotional shorthand code you need to learn

Consultant Roy H. Williams says a simple shorthand code can avoid problems in your conversations. It could also reduce e-mail misunderstanding by assigning a number to the strength of your comments:

3: I have feelings on this subject that cannot be changed so be very, very careful.

Translation: The first party was saying "I don't really have an opinion that I'm willing to defend. In fact, this whole subject doesn't really matter much to me at all. I'm just sharing some things that are popping into my head." And the second person – the one who is at 1.0 – essentially said, "I'm just trying to hold up my end of the conversation. In reality, I have no feelings on this subject whatsoever, so I'm fully prepared to let someone else make the decision."

They are less likely to get into a prolonged – or heated – conversation now that they understand neither care all that much.

"If both parties tell the truth, the system saves a lot of time and it helps to reduce misunderstandings," he writes in his Monday Morning Memo newsletter.

If someone indicates a 2, they are signalling you need to take this issue seriously and not just blow it off. They have an opinion and some feelings attached to it, but are still open to hearing your thoughts and further discussion.

In the 36 years since he first learned the code, nobody has cited an issue as a 3, because he says that would mean: "I have a loaded pistol aimed at your head with the hammer cocked. If you so much as blink, this relationship is over.

So if you care at all about remaining my friend, you won't say another word." But he has had people state they are at a 2.8 or 2.9, which has been helpful to underline he had entered an area in which feelings run very deep.

Job interviews involve more than you being judged as a candidate. You also need to evaluate whether the workplace is actually somewhere you would want to wind up.

Besides seeing if the organization and culture meshes with your preference, Lifehacker writer Heather Yamada-Hosley highlights these signs that it's not actually a good fit:

On the Mental Floss Blog, Alvin Ward adds these warning signs in an infographic:

Study your future colleagues: In the same vein, watch people in the workplace to see their body language and expressions. Do they look like they want to be there? If not, probably you don't want to be either. 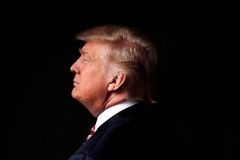 How to help procrastinators on your team
January 13, 2017 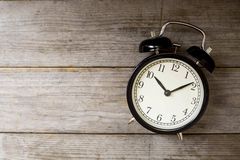 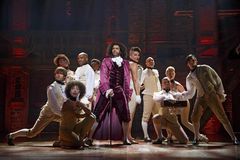