Competitive advantage has been a central element of modern strategy. All firms are supposed to seek a position in the marketplace that gives them an advantage over competitors, providing greater margins, sales or customer retention. But Todd Zenger, a professor at the University of Utah, argues that's not sufficient for the long run.

"Sustaining competitive advantage – the commonly understood outcome of brilliant business strategy – does not sustain value creation, the ultimate goal for most firms and their shareholders," he writes in Beyond Competitive Advantage.

He cites three darlings of strategists: Wal-Mart Stores, Southwest Airlines and Dell. Each crafted a brilliant market position, but then its share price went stagnant or declined until new sources of growth could be summoned up. And that's not uncommon. Sometimes, the initial strategy becomes a straitjacket, preventing growth, as the company compromises and blurs its uniqueness to appeal more broadly.

He calls it the tyranny of growth expectations. Investors want newly discovered, unexpected value – preferably of compounding magnitude. The inability to meet that expectation explains why firms celebrated as exemplars in books such as In Search of Excellence, Built to Last and Good to Great often have subpar results in subsequent years. Competitive advantage is increasingly temporary in nature as the pace of change in business, technology and society heightens.

Too often, companies are holding on, reacting, which is a flawed strategic approach. Yes, firms must respond to an uncertain environment, but that's not a substitute for strategy. He also is critical of firms that aim for constant experimentation to find new pathways for growth. The probability of success from experiments is low unless there is a guiding logic to help choose the right ones.

That leads to what he calls "a corporate theory" – a kind of logic that managers repeatedly use to identify from a vast array of possible asset, activity and resource combinations those complementary bundles that are likely to create value. It's not a strategy but a guide to the selection of strategies.

Walt Disney captured one in a sketch that lies in the corporate archives of the firm he created. Prof. Zenger calls it the greatest theory ever told:

"Disney believes that noble, engaging characters composed in visual fantasy worlds, largely through animation, will have vast and enduring appeal to children and adults alike, and Disney will sustain value-creating growth by developing an unrivalled capability in family-friendly animated and live-action films and then assembling other entertainment assets that both support and draw value from the characters and images developed within these films."

So Disney pursues animation, books, music, theme parks, consumer products and a variety of other interconnected, synergistic activities. It was more than defining a position in the market, Prof. Zenger argues; it provided a road map for decades of future investments. At times, the company got off track and twice squandered the animation expertise at the heart of its empire. But it regrouped and continued with the same inspired theory.

Foresight: It must articulate how the industry is expected to evolve, offering guidance about how assets and activities can best be deployed. "Foresight should be both relatively specific and somewhat different from received wisdom. If it is too generic, it won't identify which options and assets are valuable. If the view it offers is widely shared, then the options and assets revealed will be both expensive to acquire, as others compete for them, and not unique and therefore able to deliver competitive advantage," he says. Other companies dabbled in animation; Disney put together a broader picture.

Insight: The theory should identify valuable assets, activities and resources uniquely possessed by the firm. If competing firms have identical assets, they might replicate your strategic action and be as successful or more successful. Disney's key insight was recognizing the value of the company's early lead in animation and its ability to create timeless, unique characters who, unlike real actors, required no agents.

Cross-sight: The theory should illuminate interdependencies between assets, activities and resources available to the firm so the various elements enhance each other. Disney was able to leverage the characters it created in films across a variety of fields, from books to cruise lines.

The book illuminates these ideas in depth, looking at various aspects of strategy your firm might encounter, including acquisitions and building relationships with partners. The concepts can seem abstract and flimsy at times, but Prof. Zenger offers enough examples to provide clarity about how to apply this advancement to your firm's competitive advantage.

In The End of Accounting and the Path Forward for Investors and Managers (Wiley, 260 pages, $59.95) Baruch Lev, a professor at New York University's Stern School of Business and Feng Gu, a professor at the University of Buffalo, expose the flaws of generally accepted accounting principles and propose an alternative system to improve transparency.

In From Crisis to Calling (Berrett-Koehler, 155 pages, $27.50) Sasha Chanoff, co-founder of RefugePoint, a humanitarian organization that finds lasting solutions for refugees, and journalist father David Chanoff explore how to find your moral centre when faced with tough decisions. 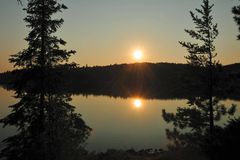 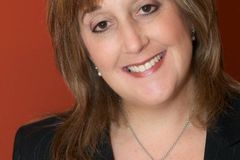 How to manage positive change in your workplace
August 15, 2016