The hardest thing for Shawn Mintz when he was first promoted to management was "letting go" of his front-line functions and moving into a more strategic leadership role.

"That was the biggest challenge I had to overcome – and quickly, too. It was a very big learning curve for me, understanding it was not my role any more to do everything," recalls Mr. Mintz, an employment specialist and president of Toronto-based MentorCity. The online platform matches mentors and protégés within organizations and in the broader business community. ("It's almost like eHarmony for mentoring," Mr. Mintz says.)

Promotions typically go to people who have excelled in their previous roles as employees, Mr. Mintz said in an interview, but it takes a "whole new skill set" to succeed in a management role overseeing a team of people.

In his early days as a manager, Mr. Mintz sought advice from an informal network of mentors who had been in leadership roles for a while.

"There are going to be a lot of new challenges that come to you as a new manager in terms of delegating, in terms of having confidence, in terms of peer relationships that have changed because you have jumped into a more senior role," he said.

Not all organizations offer formal training or mentorship programs for the newly promoted. Even so, new managers owe it to themselves, and to the people reporting to them, to seek the help they need, Koula Vasilopoulous, president of Western Canadian operations for recruitment firm Robert Half International, said in an interview.

"I wouldn't always rely on your leader to tell you [what to do] if you are taking on a new management role … take it upon yourself to be pro-active with your manager to clearly understand and define what their expectations are and together you can work and develop some sort of plan."

At the same time, new managers need to communicate these expectations to the people reporting to them and find out what supports they need to get the job done, Ms. Vasilopoulous said. "One of the big items is empowering your employees. A rookie mistake I have seen managers make early in their leadership responsibilities is they feel it is their job to get it all done so they tend to micromanage."

In a recent survey of 250 Canadian chief financial officers, Robert Half found that balancing individual job responsibilities with time spent overseeing others is the biggest challenge for new managers.

"Managing does not mean doing everything yourself," a recent post on the recruitment firm's blog about the survey results says. "[And] hovering over your employees' shoulders is a surefire way to stifle productivity and innovation in your department and diminish morale. While you are certainly accountable for the success of your team as a whole, your staff members are responsible for their tasks and meeting the specific expectations outlined for their roles."

Ms. Vasilopoulous said "growing your leadership skills takes time, no one goes into a management role with a full basket of all the tools and abilities they need." Typically, there are trusted senior managers and colleagues willing to help new managers adjust to their expanded responsibilities, she said, but there are all sorts of external resources as well.

One of the most popular courses offered by Canadian Management Centre covers the transition from self-management to managing other people, John Wright, president and managing director of the leadership development organization, said in an interview.

For many new managers, the promotion involves a complete change of responsibilities, Mr. Wright said, and they need strategies to manage the heightened expectations of their bosses, their peers and their direct reports. The new role requires sharper listening, communication and time management skills and – sometimes – a thicker skin.

They have managers above them with certain expectations and, in some cases, former co-workers who feel they should have been promoted instead. "They could be passive resisters or active resisters. Some people go instantly into judgment mode: 'Okay, you are the new manager, impress me,'" Mr. Wright said.

In addition to finding what type of working relationship best suits their bosses, new managers have to establish boundaries with the people now reporting to them, Robert Half advises in its blog post.

"Explain what you will expect from former peers and pals and what they can expect from you. The new relationship is not easy for them either. Acknowledging it upfront is a great way to ease tension and uncertainty."

Keeping your employees by treating them as clients
May 17, 2018 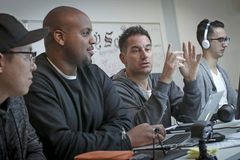 Companies aim to sell students on sales
April 8, 2017
Women entering the professions in unprecedented numbers
May 17, 2018 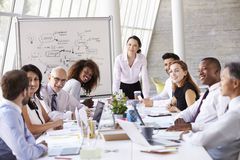 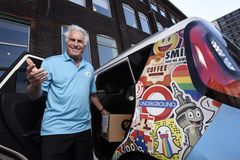 Job candidates are checking references on their potential employers
May 16, 2018 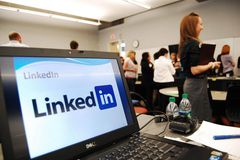