Would you prefer to think like Sherlock Holmes or his faithful chronicler, John Watson? Holmes is portrayed in the Arthur Conan Doyle stories as a detective genius, a man whose mind can pierce through murk and uncertainty to the truth, while Dr. Watson, smart as he might be, is mostly a bumbler when it comes to solving mysteries.

So when it comes to improving our thinking prowess, Holmes is an admirable model and Mastermind: How to Think Like Sherlock Holmes, by Maria Konnikova, an insightful guide.

The author, a doctoral student in psychology at Columbia University, takes readers on a tour of the mind and rational thinking by way of a companion tour through the tales of the deerstalker detective. When Holmes was unveiled in 1887, she notes, he became the perfect spokesman for the revolution in science then taking place: "Holmes became a new kind of detective, an unprecedented thinker who deployed his mind in unprecedented ways. Today Holmes serves as an ideal model for how we can think better than we do as a matter of course."

It starts with observation.

"You see, but you do not observe," Holmes tells Dr. Watson in the short story A Scandal in Bohemia. Holmes had asked how many stairs lead to their 221B Baker St. apartment. Although Dr. Watson has climbed them innumerable times, he doesn't know. "I know there are 17 steps, because I have both seen and observed," says Holmes, who is always mindful. One of the constant, delightful features of his stories is how he can reveal so much about a person he has just met by what he observes.

But in our multitasking world, mindlessness is more common than mindfulness.

"All too often, when it comes to our own minds, we are surprisingly mindless. We sail on, blithely unaware of how much we are missing, of how little we grasp of our own thought process – and how much better we could be if only we take time to understand and reflect," Ms. Konnikova writes. "But it's not that we aren't capable of doing it; it's just that we don't choose to do it."

Holmes's mindfulness is in service of inference and deduction, which he boiled down to one main idea: "How much an observant man might learn by an accurate and systematic examination of all that came his way."

But if our brain is untrained, we can get into trouble. Ms. Konnikova notes that most psychologists agree that our mind operates on a two-system basis. One system is fast, intuitive and reactionary, operating on auto pilot. The other is slower, more deliberative, more thorough, and more logical. She calls the former the Watson system, and the latter the Holmes system.

"Think of the Watson system as our naive selves, operating by the lazy thought habits – the ones that come most naturally, the so-called path of least resistance – that we've spent our whole lives acquiring," she writes. "And think of the Holmes system as our aspirational selves that we'll be once we're done learning how to apply his method of thinking to our everyday lives – and in so doing break the habits of our Watson system once and for all."

For example, The Sign of the Four adventure starts when a well-dressed young woman arrives to see Holmes. She captivates Dr. Watson with her bearing, and he refuses to attribute anything unfavourable to her, moving quickly from the colour of her hair and style of dress to her character. His favourable bias toward the woman comes from other women he has met, while Holmes sticks to the facts when deducing.

Ms. Konnikova stresses that the scientific method we want to apply in our thinking must be aware of the biases we carry in our brain – she refers to it as a brain attic, with all sorts of furniture – and other factors that can prime us to make a wrong conclusion.

"Holmes knows the biases of his attic like the back of his hand, or the strings of his violin. He knows that if he focuses on a pleasant feeling, he will drop his guard. He knows that if he lets an incidental physical feature get to him, he will run the risk of losing objectivity on the rest of his observation. He knows that if he comes too quickly to judgment, he will miss much of the evidence against it and pay more attention to the elements that are in its favour. And he knows how strong the pull to act according to prejudgment will be," she observes.

Holmes calls deduction "systematized common sense," and this book is a guide to such thinking.

There's no formula and not many surprising conclusions, but thinking is vital to our success and Ms. Konnikova's essay, mixed with lovely descriptions from the Holmes library, makes for a pleasant excursion into the patterns of our brain and how we might improve.

Business analytics consultant Randy Bartlett shows how to use data analysis tools to improve your decision making in A Practitioner's Guide to Business Analytics (McGraw-Hill, 270 pages, $66.95).

Sudhir Diddee, a self-professed geek who works at Microsoft, offers 99 time-saving tips in Priceless Excel Tips at Your Fingertips (215 pages, $15.25).

Your most engaged staff may be your worst workers
April 21, 2013 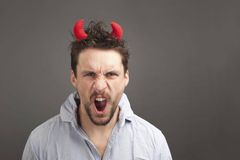 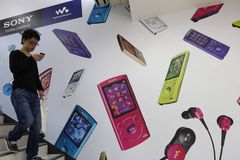 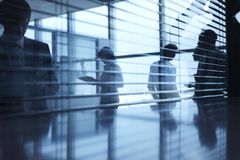 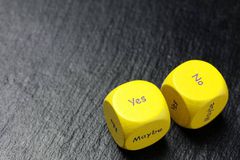