Mentors are advisers, coaches, guides and teachers. They assume a delicate, complicated role. And it's easy, with the ego boost the role can provide, to get carried away. But it's not about you, when mentoring. It's about them. Specifically, it's about encouraging self-learning by your talented protégé.

"It's tricky but exciting and satisfying when you help them and they come back the next week and say, 'That's exactly what I needed,'" Vincent O'Connell, a trainer based McLean, Va., said in an interview. He co-wrote the book 9 Powerful Practices of Really Great Mentors with executive coach Stephen Kohn, of Briarcliff Manor, N.Y.

The process will have three elements: Self-actualization, self-awareness building, and becoming naturally more empathetic. That may not be top of mind when the mentoring relationship is formed. Protégés will have heady thoughts of career progression, of better jobs in the future. But those will come if the protégé – or mentee, as Mr. O'Connell calls them – can be guided in those three foundational areas.

Self-actualization is not meant to open up a discussion of the meaning of life. It should be more closely tied to fulfillment in work. The protégé needs to think about the meaning of what he does professionally, the impact of work on him and those close to him, and the things that would make work more fulfilling.

"It will change from mentee to mentee. The mentor is not there to teach him how to do it, but to get the mentee motivated to think it through," Mr. O'Connell said.

Self-awareness involves exploring the protégé's own strengths and weaknesses. Notably, emotional self-awareness must be considered – knowing what you are feeling, and why.

Becoming naturally more empathetic follows Steven Covey's prescription in 7 Habits of Highly Effective People: "Seek first to understand, then to be understood." Empathy is of considerable advantage in career advancement, as the protégé connects with a wide-ranging group of colleagues and eventually leads others.

The nine practices they outline in the book build on that foundation. Here are some key principles:

The two authors believe emotional control is a cornerstone of relationships, which in turn is central to work success. "It's the platform – the foundation for talking about the other skills," Mr. O'Connell said in the interview. The four elements of emotional intelligence are emotional self-awareness and self-management, and relationship awareness and management.

The idea is not so much to talk about these factors but to model them, so the style will emulated by the protégé.

It's vital to understand what motivates the protégé – and how much of that comes from internal drivers and how much external, like status and money. Mentoring works best when the protégé is intrinsically motivated, saying, for example, "What I would like is for my team to get the most out of each person's potential. That excites me." The mentor can now tie things together, around that ambition, as they move ahead.

When the protégé is extrinsically motivated, Mr. O'Connell says the mentor will offer more specific advice because it's about direct career success, and the pathways are clearer, although sometimes along the way intrinsic motivation will be revealed.

Mentoring is about making a significant career advancement – the individual is hoping for that and so is the company if it encouraged the relationship. So don't get lost in incrementalism.

"The key to any kind of mentoring is to raise the bar as high as possible," Mr. O'Connell said. "You need to set goals as high as the mentee can handle." There's no specific rule for that – it's an art to determine the ultimate potential of the individual.

To be successful, you must be credible. That comes in two forms: Truthfulness, notably the view that what you are saying is what you mean; and the ability to be seen by others as skilled enough for the roles you assume.

The mentor will want to discuss times when the protégé's honesty and credibility were tested, and how that was handled. As well, the protégé must be prodded to think about how they will be evaluated by others in the jobs they aspire to, what skills they currently lack, and how to develop them.

"If you get the opportunity to be a mentor, you should do more than wing it and spew out how you did it or regurgitate best practices. Instead, start with what the protégé wants for their career and focus on their needs, and make the time and emotional investment to help them," he concludes. 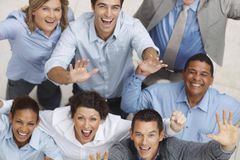 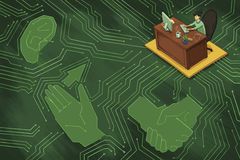