In 1972, I agreed to be co-campaign manager for a friend's federal election campaign. After Justin Trudeau's father called the election, all the campaign workers were aflutter over an opinion survey claiming unemployment was the biggest issue. Pollsters had learned what issue respondents felt should be the most important issue. Strikes and labour disruptions, when offered as a possibility, headed the list.

I'd be interested what would happen, however, if respondents were asked to choose from a list that included "bad management." I expect that it would soar close to the top, if not the top, when brought to mind.

Most of us suffer from bad management. There are few working people who don't complain about management – their immediate supervisor, or the big bad bosses on top who can't seem to get anything right.

If we're a manager or supervisor, and honest with ourselves, we would admit to many flaws, miscalculations and screw-ups – or at the minimum, doubts (if you don't admit to that, probably you are a lousy manager). Even if we're retired, we might suffer through bad management or perceived bad management in volunteer groups we immerse ourselves in, the supermarket we frequent or the many "customer service" helplines we get trapped in.

We can't easily improve management, just as we can't easily wipe out the problems of unemployment and climate change. Management seems simple – even alluring when we're hoping to become a supervisor – but it's complicated stuff. I have written over the years on a litany of intelligences it requires, including intellectual, emotional, social, executive, innovative and cultural.

Business consultant and author Jim Collins told us it requires humility and resolve. It requires caring about your unit's and organization's needs and goals – but also caring about the people you work with. It requires balancing demands from customers, colleagues and subordinates. It's like walking a tightrope through a thunderstorm.

I've been writing since 1999 with helpful ideas, in the belief that many managers want to improve and many who thirst to be in management can better prepare. Our complaints about bad management are usually about "them." But in some ways, this is about us, both as managers and as sometimes intolerant or needlessly demanding followers.

Sometimes the problems stem from mistakes – or if not mistakes, being thrust by the job into touchy or explosive situations. Mary Albright and Clay Carr covered some of that in their 1997 book, 101 Biggest Mistakes Managers Make, one of the books I usually suggest when asked for a recommendation for a new manager (rarely, it's interesting to note, by the manager-to-be, but from a boss, colleague, friend, or often, parent). Note the modifier in the title: Biggest. There are many more we can make.

But personality quirks and behaviour – amongst the latter, often, instincts grounded in traditional masculinity – can also create bad management. Strengths taken too far, notably under stress and pressure, can become weaknesses, or derailers, such as arrogance, volatility, excessive caution, aloofness, perfectionism and eagerness to please, a list taken from Why CEOs Fail by David Dotlich and Peter Cairo.

Professor Mark Lipton recently highlighted the nastiness of some entrepreneurs in Mean Men: The Perversion of America's Self-Made Man. Executive coach Marshall Goldsmith catalogued 20 destructive habits, many stemming from the failing that heads his list: Wanting to win too much.

Everything you need to know about reading for work
December 1, 2017

A template for your next impromptu talk
November 27, 2017 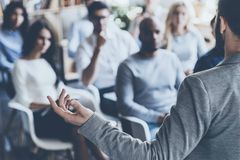 Tips to improve your chances of success in a Skype interview
November 24, 2017

How to cut out drama in the workplace to improve results
November 20, 2017 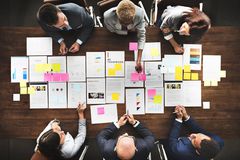