At least 25 per cent of self-made billionaires were fired from established companies early in their careers, according to a recent study. Many others resigned from companies, often frustrated because the firm moved too slowly, repelled their ideas, or bored them.

That's an interesting nugget from an unusual look at a random sample of self-made billionaires from the 2012 Forbes list by two PwC consultants, John Sviokla and Mitch Cohen, which they report on in Strategy + business.

They expected to find the group would be primarily tech entrepreneurs such as Jeff Bezos and Mark Zuckerberg, who were adept at a young age at reading trends in fast-moving tech and media sectors. But instead they found more of the billionaires were serial entrepreneurs who didn't become wealthy until they started their second, third, or fourth business in an established market, often when they were in their 30s or 40s. They then grew it, not super-fast but progressively, over time, even decades, to make their lucre.

The study led them to divide professionals into two types: producers and performers. Producers, like these billionaires, look beyond an existing business or market to envision something new, serving unmet needs or taking advantage of disruptive forces. Performers keep things humming. They can be supremely talented, the consultants note, as they manage and improve their organization within established guidelines.

The fact that so many billionaires walked out of previous employment frustrated reflects what the consultants say is an unfortunate reality: "Companies are set up to perform. They are not set up to produce. If firms were more capable at producing, they would not have to worry about combatting disruption from outside. They would already be skilled at redesigning, disrupting, and innovating from within."

These producers displayed five mindsets that led them to generate uncommonly effective ideas and approaches to leadership:

The findings help us to understand the dynamics of success for many self-made billionaires and more importantly shed light on how we can succeed.

Novelist Michael Grothaus used to feel frustrated at the end of the day because he never completed his to-do list. His solution was to divide his list into three categories: digital quickies, work and real world.

Digital quickies are short tasks he can complete on a laptop or smartphone. And despite many productivity gurus telling us we must tackle the big things first, he finds it better to get rid of these quickies at the start of the day.

"I found many of the tasks I had scratched down on my daily to-dos were really digital quickies. They could be taken care of in a few minutes each, yet seemed like much more immersive tasks because they were not organized together and completed all at once," he writes in Fast Company.

Next, with almost a third of his to-dos scratched off and a feeling of accomplishment, come the critical tasks of the day, in the work category. He finds it helps to have rough time estimates for each of these big-ticket items.

His third category covers the stuff of life, the non-digital work activities of the "real world." It's errands and other similar activities, usually with a self-imposed deadline, and they can be completed after official work hours.

"Ever since I started using this new format, I've completed every task on my daily lists. It's a great feeling of accomplishment when you scratch the last item off and toss that yellow Post-it in the trash," he says.

Also in to-do news: Microsoft, which bought the highly-touted Wunderlist to-do app, has now come out with its own ultimate replacement for it, called To-Do, available for desktops and mobiles. You can create to-do lists, set up reminders and track projects, with simple but vivid graphics. Perhaps the most helpful addition is My Day, a list of the activities on your to-do list you will tackle this day.

3. Eight signs you are a bad boss

Could you be a bad boss? Check this list of eight attributes provided by consultant Alison Green to make sure you aren't: 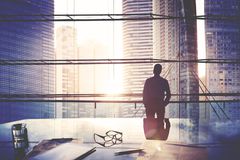 Separating wheat from chaff in your email inbox
March 24, 2017
Learning branding from Kim Kardashian
March 10, 2017
Follow us on Twitter @globeandmail Opens in a new window
Report an error Editorial code of conduct
Due to technical reasons, we have temporarily removed commenting from our articles. We hope to have this fixed soon. Thank you for your patience. If you are looking to give feedback on our new site, please send it along to feedback@globeandmail.com. If you want to write a letter to the editor, please forward to letters@globeandmail.com.
Comments