Cliff Kuang, editor of Co.Design, has been reading Walter Isaacson's recent biography Steve Jobs, and has delineated six pillars that were at the centre of the Apple CEO's design philosophy. On fastcodesign.com, Mr. Kuang says these design lessons Mr. Jobs learned early in his career imbued every product he created:

Under Mr. Jobs, Apple's concern for the details to make a product look great went beyond the necessary to what seemed almost gratuitous. He wanted his circuit boards in the innards of his first McIntosh to be beautiful, even if they would be unseen by the general public. The "Sunflower" MacIntosh, for example, had an exquisite laser-etched Apple logo. "As an owner, you might see that logo only once a year, when moving the computer. But it mattered, because that single time made an impression," Mr. Kuang writes.

The "Apple Marketing Philosophy" memo, written by Mike Markkula, one of the first investors in the company and the third CEO of Apple Computer, caught Mr. Jobs's attention with several key points. One was the call for an intimate connection with the feelings of the customer. "We will truly understand their needs better than any other company," Mr. Markkula declared.

Mr. Kuang notes that the company was talking about consumer empathy before it even had consumers, when computers were being bought by hobbyists prepared to put up with frustrations. "The idea of understanding a consumer's needs before they actually needed what Apple was making has remained a hallmark of the company throughout its history. The idea of empathizing with a consumer before a market was even developed set Apple on the path of perpetually looking forward to find how people would behave," he observes.

To do a good job at what Apple decided to do, Mr. Markkula noted, "we must eliminate all the unimportant opportunities," something Mr. Jobs was zealous about.

People form an opinion about a company or product based on the signals that it conveys, Mr. Markkula noted, well before today's branding experts made that notion more widely known. "People do judge a book by its cover," he told Mr. Jobs, who was excited by the insight. "We may have the best product, the highest quality, the most useful software ... if we present them in a slipshod manner, they will be perceived as slipshod; it we present them in a creative, professional manner, we will impute the desired qualities," Mr. Markkula predicted.

A major conceptual leap by Mr. Jobs was to recognize that high-tech devices didn't have to be foreboding – they could be friendly. It dates back to the smiling Mac icon and has continued as the design strategy appealed to consumers overwhelmed by the capabilities and complexities of the computer.

For his computers to be simple, Mr. Jobs realized they had to be based on things that people already understood. So the Macintosh set out a desktop metaphor for its new graphical interface, which people could readily understand. Similarly, the physical gestures that control the iPhone and iPad are familiar from the real world.

Harvey Schachter is a Battersea, Ont.-based writer specializing in management issues. He writes Monday Morning Manager for The Globe and Mail's T.G.I.M. page, management book reviews on Wednesdays and an online work-life balance column on Fridays. 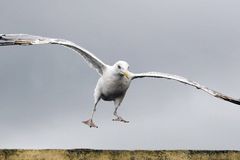 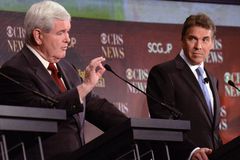 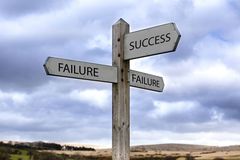