Coke versus Pepsi is an enduring symbol of business competition. Year after year, they slug it out, trying to outsmart or overrun each other.

"What if you could make that competition irrelevant?" asks North Carolina consultant Jeffrey Phillips, who specializes in innovation.

With long-time colleague Alex Verjovsky, an Israeli native who spent time in that country's military, they label the typical approach attrition: Trying to defeat the enemy through constant attacks and continuous pressure over a long period of time. It was a feature of military combat over the years, such as the trench warfare of the First World War. It's expensive in terms of loss of life during warfare or loss of profit during business competition, where it invariably involves lowering prices. "It is looking to outspend the competition until they go away," Mr. Verjovsky says.

But there is another way on the battlefield and in business: Outmanoeuvre. Instead of going head-to-head, figure out a new way to get to your goal. The consultants feel such a strategy needs to be employed more, particularly in an era when we celebrate speed, agility and innovation, which can be core elements of manoeuvring.

They point to the hotel industry. Often, on the same block, you will see representatives of the major hotel chains, each with a large building filled with comparable rooms, beds, TVs and washrooms, all built at great cost. That's attrition, essentially providing the same offering at significant expense in each hotel.

Along comes Airbnb, offering rooms to travellers by taking advantage of existing homes and facilities. It doesn't own much more than the idea and its online reservation platform. Airbnb didn't take on the hotel industry in a frontal assault but it is certainly having a huge impact, booking as many rooms as some of the chains.

The pair sets out three outmaneuvering strategies to consider:

This involves moving to a valuable, unoccupied location, channel or market position before your competitors realize that position exists, and by seizing it, limiting the options for others to follow. That is what Airbnb did. Hotels had reservation systems well before Airbnb but didn't realize that this alone could be valuable – a position for a new entrant to occupy.

Maxwell House never saw Starbucks coming in the coffee industry. ITunes torpedoed the physical distribution of music with a legal avenue for digital purchases (as opposed to the unauthorized downloaders). Pre-emption is similar to the popular "blue ocean" strategy outlined in a 2005 book by W. Chan Kim and Renée Mauborgne. It can be hard to follow these innovators, as often by the time anybody reacts, the newcomer has already established the business everyone wants to patronize.

This throws the competition off balance or renders part or all of its strength irrelevant or ineffective. "Well-planned and implemented, a dislocation maneuver may cause the competition to lose or abandon a valuable position it currently holds and thwarts a rapid competitive response," they write in their book Outmaneuver. Fashion used to have four seasons, with the designers carefully programming their offerings well in advance. Zara challenged that with its fast-fashion approach, introducing more selections during the year and reacting quickly to the results. Zara isn't unique in its products, just the way it brings them to market. "They have turned the quarterly rhythm on its head," Mr. Phillips noted in the interview. "Most attacks on competitors tend to come on products – it's the obvious way to attack. But often you can find weaknesses that are more powerful in other areas."

You can distract competitors from efficient implementation of their plans or force them to spend time or energy on topics that aren't strategic. Even prompting the competitor to rethink its agenda or rework its assumptions can be disruptive. "It's like being a mosquito. You can't concentrate as the mosquito is buzzing around you," Mr. Verjovsky said. Take a common situation at trade shows, where companies pay a fortune for their exhibit in the hall, while outside a competitor may have set up in a parking lot nearby or taken a billboard ad near the front door. Southwest Airlines, noting it was first on three critical measures of performance the U.S. Department of Transportation monitors – on-time performance, best baggage handling, and fewest customer complaints – created the Triple Crown award, which it publicizes and awards to itself, irritating competitors like a pesky mosquito.

They stress that attrition will always be with us. But it's smart to think of the possibilities for pre-emption, dislocation and disruption, outmanoeuvring your rivals.

Conflict-management skills now in high demand in the workplace
April 22, 2016 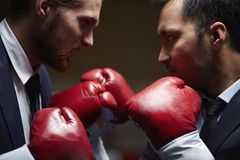 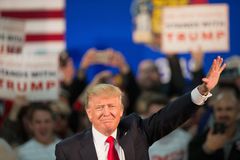 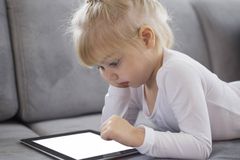 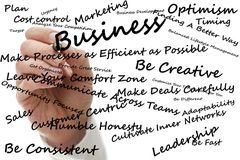 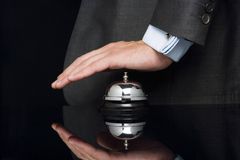