Now that our main federal parties have sworn off using the coalition word, it's worth considering whether trashing a common foe actually brings diverse factions together.

Strange bedfellows are nothing new, to be sure. The legendary, and long-lived, Washington socialite Alice Roosevelt Longworth, daughter of Republican president Teddy Roosevelt, first aligned herself with Republican Richard Nixon, then with the Democrat Kennedys, then with Lyndon Johnson, followed by Mr. Nixon again. Her allegiances blew with the political winds, but her popularity never wavered (she was known as "the other Washington Monument").

So, is there any psychological evidence that the enemy of my enemy is my friend? The answer seems to be yes.

A recent study by Jonathan Weaver and Jennifer Bosson, of the University of South Florida, shows that folks who dislike the same people bond more quickly. "We found that people felt more familiar with those who share their negative attitudes," Mr. Weaver said in an interview. That is, they feel closer to each other if they discover that they hate the same thing than if they find out that they both like it.

Before Facebook latches onto this finding and transforms its thumbs-up ("like") icon to a thumbs-down, let's consider how the researchers reached this conclusion. The study's participants were 77 undergraduate students, who earned course credits by rating their professors. Half were randomly assigned to a positive attitude condition: They were asked to select the professors they liked, and to indicate how strongly they felt about their opinions. The other half were assigned to the negative attitude condition. They chose the professors they disliked, and then rated the strength of their aversion.

Then the students were asked to provide a few details about themselves that would help match them with an unknown partner. The suggested get-together was a sham; there was no real-life partner. Instead, the students were given profiles of fictional buddies, who purportedly liked or disliked the same professors, or shared the same food preferences. The point was to determine which bits of information would provide the greatest sense of affiliation.

"We asked them, 'To what degree did you click?'" Mr. Weaver said. "And we found that they thought they knew most about each other if they shared a negative attitude. It didn't matter if it was strongly or weakly held," he added. As long as it was a negative attitude, the subjects would bond.

But why do shared negative opinions have such adhesive power? In essence, you're communicating that you trust someone with potentially harmful information. As Mr. Weaver puts it: "There's something delicious about it." In contrast, exhibiting a positive attitude could simply be a form of self-aggrandizement. "It's a social norm to say nice things. It could be perceived as putting yourself in a nice light," he said.

Come to think of it, a comment such as "Hey, you like recycling? I like recycling!" is a lot less intriguing than agreeing that a colleague has a drinking problem and can't be trusted. This is hardly an auspicious vision of human nature, so why would the brain be built this way?

Perhaps we evolved a tendency to bond about mutually feared (or hated) rivals because it offered a competitive advantage - such as allowing smaller or weaker ancestors to gang up on, and oust, the more powerful ones. As a result, the trait persisted. I asked noted evolutionary psychologist David Geary, of the University of Missouri, whether this scenario makes sense, and he reminded me that people are generally more sensitive to aversive events. Being shortchanged, cheated or dissed takes pride of place in our memories.

"This will result in more negative attitudes about the person who caused these feelings. Having negative feelings is a good motivator for making some type of change, either with your strategies for meeting a goal, or in the relationship that is causing the problem," Dr. Geary explained.

"But if we cannot solve the problem ourselves, then engaging the help of other people is the next best thing, especially if others have the same negative reactions," he said. "Evolution will favour bonding in these situations, if working together is more successful in solving the problem than working alone - or at least enables you to regulate your emotions better if the problem is unsolvable."

Well, that explains Alice Roosevelt's enduring celebrity, along with the motto embroidered on her couch pillow: "If you can't say something good about someone, sit right here by me." 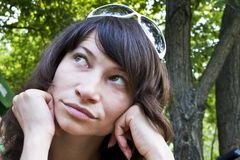 Catastrophic loss, and the resilience of the human psyche
March 28, 2011 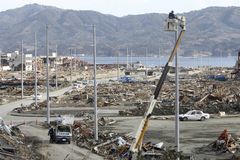 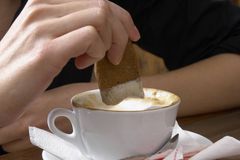