Also in this compendium: Presentation and marketing tips to help you soar

Ta-da! To do. Ta– da! We usually add to our daily to-do list with some internal fanfare because it's supposedly the secret to productivity. But we are hit-and-miss on actually completing those tasks. Indeed, research by IdoneThis, which sells progress tracking software, found that 41 per cent of to-do items are never completed.

The research offered other insights on our to-do struggles. Fifty per cent of completed to-do items are done within a day. Indeed, 18 per cent are done within an hour and 10 per cent within a minute. So time is not necessarily the secret to getting them done.

Also of interest: Only 15 per cent of the things that people accomplish start as planned to-do items. That means most of what is accomplished – 85 per cent – is never even on the list.

Janet Choi, chief creative officer at the firm, sums up the finding in three sentences worth pondering since it may speak about your own life as well. People aren't that great at completing their to-do tasks. Tasks that get completed are done quickly. Tasks that are reported as done don't correlate with planned to-do.

Further probing found that most people put too many things on their to-do list. That just creates worry and, ironically, reduced productivity. "So the to-do list gives and takes. We have so much to tackle, and a to-do list helps us remember everything. At the same time, it's a nagging tool that can induce unhealthy and disarming anxiety. Do the cons of a to-do list outweigh the pros if we're not ultimately getting everything done?" she writes on the firm's blog.

The source of the anxiety is less about the goal and more about the specifics of how we will proceed. So we are constructing ineffective to do lists, indicating the final outcomes rather than the next step. As she puts it: "When we're faced with too many tasks and too few suggestions on how to proceed, we don't complete tasks."

We also give ourselves too much time to complete the items. Research shows the more time we give ourselves to finish something, the less likely it is that we will finish in that time frame.

Finally, the future is full of unknowns, interruptions and changes. That not only contributes to not achieving our to-do goals but explains why so much of what we accomplish is never on the list. Life happens; we react.

The IdoneThis software originally had a to-do list but the company jettisoned it to focus on Done Lists. But she says the to-do list still can be helpful if you counter the shortcomings:

· Make more specific, actionable plans: Avoid general items like, "Write report." Instead, list the first step, like, "Research client history." At the same time, she warns against micro-managing your tasks, or you'll feel locked in and unable to make adjustments and respond to things that come up.

· Use a technique called "implementation intention" in your planning. Essentially this involves if-then processes – if something happens, you will act in a certain way. She says this allows you to be "the director in the play of your life, giving the cue to act in a certain way."

· Give yourself early deadlines: Behavioural economist Dan Ariely found that even if the deadlines are self-imposed rather than by an outside authority, you are more likely to perform better than people with later deadlines.

Finally, ease up and pat yourself on the back. Forgive yourself for not getting everything done. Take note of all you accomplish that wasn't on the list. "Record and celebrate your dones, and let that motivation push you to tackle the next day's or week's tasks," she advises.

2. Three ways to improve your presentations

Data and PowerPoint go together like oil and water. They seem made for each other but the combination can backfire.

· Make data personal: Data is abstract and unemotional. But there are people behind those numbers. Find people who can portray the story. In a TED Talk, Bono, the U2 singer and activist, presented figures on the progress being made reducing extreme poverty. But the big numbers probably washed over people. So he told the story of two of the children saved, Michael and Benedicta.

· Put data in context: In 2010, LinkedIn was signing up three million members a month. Fascinating figure, but it became catchier when somebody mentioned that was three times the population of San Francisco. The company adapted that to locales where its sales team was presenting. In New York, for example: That's like filling 55 Yankee Stadiums … every 30 days.

· Make data tangible: He worked with an anti-terrorism group that was concerned about decaying locks and gates protecting sensitive areas. "Instead of simply putting up a PowerPoint slide with the number of locks that needed to be replaced, along with their costs, they gathered together boxes of broken locks, chains, and fence parts which they had cut off with heavy duty wire and copper-wire cutters. They emptied the boxes on a hard table. The clanking made an impression on the budget committee, who quickly approved the task forces' funding request," he recalls.

3. Hamilton, gravitating bodies, and your marketing

Advertising wizard Roy H. Williams uses the musical Hamilton to make a point about improving your marketing. It has to do with gravitating bodies – a gravitating body, for him, being anything that tugs at your attention. Two gravitating bodies with a high degree of divergence are known as paired opposites. Employ them, and you'll get attention. The City of Kingston, Ontario's motto, for example, is "where history and innovation thrive."

But Mr. Williams says on his blog "when you add a third gravitating body – something highly divergent from each of the first two – and it fits– you are about to see things get exponential."

His example is Hamilton. The first gravitating body is a musical about the American Founding Fathers – the idea of a play about them is reasonable but a musical rather unexpected. The second gravitating body is that George Washington is black and most of the other white characters from history are played by minorities. That goes against the grain, since it's not satire or alternative history. Finally, the dialogue is delivered in rap music, which didn't exist during that era and is not the style of speech we associate with venerated historical figures. But rap is associated with passionate, creative people who are downtrodden, overlooked, abused and angry – just like the Founding Fathers.

So it works, unexpected ideas that gravitate together and grab attention. His message: "If you want your business to go exponential, you have to do something unexpected; something that doesn't belong, but fits."

· Jim Estill, CEO of Guelph, On.-based Danby, an appliance company, has been experimenting with a weekly checklist – a one-page sheet listing some things he does daily (like pushups and meditation) and others weekly (checking in with key people). He doesn't include things he does daily, just things he must do that have not yet become habit and need to be monitored.

· When everyone is in favour it's almost certain there's confusion about what's being decided, suggests entrepreneur Seth Godin.

· Companies don't often get disrupted on product or price despite the prevailing belief, argues consultant Ted Bauer. They get disrupted because their internal processes – including how they treat people – are archaic.

· Research shows that when shareholders have a say on CEO pay shareholder value increases by about five per cent. Insead professor Maria Guadalupe, one of the researchers, says by giving shareholders a channel to express their opinions it intensifies board monitoring and pressure on the CEO to improve performance. 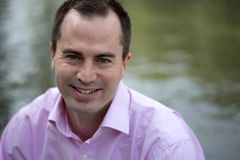