Forget a Mentor, Find a Sponsor

These days, it's considered vital to have a mentor. But career specialist Sylvia Ann Hewlett, drawing on her research and her personal experience, says mentors won't necessarily help to catapult you up the ladder in your organization or into an appealing job elsewhere. You need a sponsor.

The founding president of the New York-based Center for Talent Innovation, a not-for-profit think tank, started life in a family of six sisters in a small town in the Welsh mining valleys.

But she broke loose and made it to Cambridge University, thanks to a sponsor who helped her prepare for her crucial A-level exams, an English teacher who believed in her potential. That happened again at the university, when a female professor took the new student under her wing and chose her as a research assistant.

Later, however, Ms. Hewlett failed to gain tenure in the economics department at Barnard University, even though she had a ton of supporters and mentoring relationships with several close female colleagues.

"As I regrouped and attempted to figure out how to reinvent my professional life, one thing was sure: I'd learned my lesson on the sponsorship front. I now understood that climbing the ladder in any competitive field required heavy-duty support from a senior person with heft and influence," she recalls in Forget a Mentor, Find a Sponsor.

Mentors matter: They give valuable advice, build self-esteem and provide a sounding board as you weigh possible career steps. "But they're not your ticket to the top," she observes.

While mentors give, sponsors invest. They take an interest in your career, but not out of altruism or like-mindedness. Sponsors see furthering your career as helping their own career, the organization, or some vision they hold. They provide career traction that mentors and supporters can't match.

Sponsors provide advice, as mentors do. But they go out on the limb for protégés, giving them career-enhancing projects. They then provide support to make sure you don't flop – as well as air cover, to allow risk taking under a cover of protection.

They are on your side, and that means they will also point out painful shortcomings and push you to address such lapses.

She recounts the story of a tax lawyer who hired a woman and then supported her all the way to partnership. When his long-term clients hesitated to deal with a junior person, the sponsor vouched for her. When a partner expressed criticisms that were unfair, the sponsor intervened, extracting an apology and a promise to look more fairly at his protégé. "In subtle and overt ways, he ensured that she was able to thrive, which indeed she did, making partner in four years," Ms. Hewlett recounts.

When she was in the dumps after being let go by Barnard, she got help from a man she had met through her teaching. Harvey Picker, then dean of the School of International Affairs at Columbia University, found a position that would fit her at the helm of the Economic Policy Council. He opened the door for her and a month later she had the job.

She urges you to scan the workplace horizon for possible sponsors, considering not only whom you report to but also whom your boss reports to. Target the ones with juice – those who have influence, power and a voice at the decision-making tables to lift you up.

"You'll know a potential sponsor by his or her actions, which include connecting you to key people or clients, giving you stretch assignments, offering critical feedback, and promoting your visibility within the firm or within their networks," she writes.

And don't concentrate on a single sponsor. If you have only one, that person might be spread too thin to help you, or might get fired or take a better offer at another company. In large organizations, you want two – one in your line of sight and one in a different department or division – as well as one outside your firm.

This is an easy-to-read, powerfully written book. It has lots of potent examples, and clear advice on the steps to developing sponsorship.

She also covers pitfalls that can occur along the way, such as fears about possible sexual intentions that might hold back sponsors or protégés, and suspicions about relationships that can arise when a man and woman bond closely in the workplace.

In Mission in a Bottle (Crown Business, 278 pages, $26.00), Seth Goldman and Barry Nalebuff, co-founders of Honest Tea, provide a guide to doing business differently in a different format – a graphic book.

Coaching your staff to coach themselves
September 17, 2013 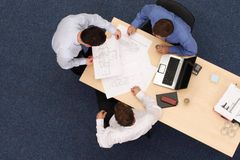 A recipe for real communication in a technology-saturated world
September 3, 2013 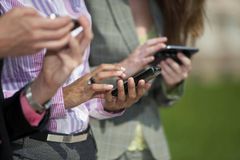 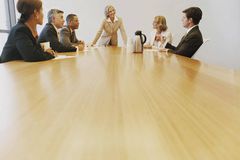 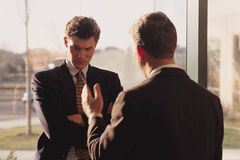