Marvin Romanow knew it wouldn't be easy when almost a year ago he rose to the top job at Nexen Inc., the Calgary energy giant. Mr. Romanow, the former chief financial officer, was replacing an industry iconoclast in Charlie Fischer, who had retired. Mr. Romanow - a former Saskatchewan boy, just like his predecessor - took the reins just as the financial crisis was biting hard. And the job includes piloting the challenging new Long Lake oil sands megaproject, which relies on steam-assisted gravity drainage (SAGD) technology instead of the classic mining techniques.

First off, who do you cheer for: Stamps or Roughriders?

I have both colours of shirts, so I have sat in both sections through my career in Calgary. I lived and worked in Regina for seven years and football there has a cult status. It was an interesting way to get absorbed in football.

Are you related to former Saskatchewan premier Roy Romanow?

Not that I'm aware of. But it was a very useful name to have when I lived in the province.

Besides football, is life generally a lot more intense?

Since the middle of 2008, there has been a lot of intensity in our industry. That's been amplified in companies that have a lot of natural gas because gas is suffering far more than crude oil.

In fact, we've just gone though the first globally synchronous recession since probably the turn of the [20th]century, and the worst financial crisis in 100 years. And yet the most we can pound oil down is from $150 to $80 U.S. a barrel. That to me is a reasonably strong signal of how resilient the commodity is.

But how do you run a company when your two products are totally decoupled in price now?

It's put a lot more stress on the unconventional players, and less on people who have more of a balanced portfolio. So that's always been one of the strengths of the company. We have a very strong position in oil sands and shale gas but that is nicely complemented by having very high margin production in the North Sea.

Your company has its finger in a lot of pies - couldn't that be a weakness?

It depends on how many. We're involved in oil sands, shale gas, and offshore conventional exploration and production. I think of that as three strategies that are financially complementary ... So, for a $20-billion company, I don't think that is too many things to do.

Will you have to take a more public role in advocating for the oil sands?

For the last 50 years, I can't think of a time when we in Canada have been short of electricity, natural gas, or the products you get from crude oil. ... Then, we ran out of oil production capacity around the world, which started to drive the price up. We ran out of all this inexpensive natural gas in North America. All of a sudden commodity prices went up, and there was more focus on carbon emissions. We got an instant spotlight on our industry that we did not know.

So that changes the role of the CEO?

By default it does. If the public is curious, and it affects the operations of your company, the CEO and a broader group of employees have a responsibility to engage in that.

Our industry will always have spurts of investment and spurts of consolidation and retrenchment. It will be a bit of a volatile world, but if you understand that and keep your eye on the long ball, there is enormous opportunity in the oil sands and conventional areas as well.

We were one of the very early investors in Syncrude. We've been producing there for 31 years and the original economics probably assumed a plant life of 25 years. Now we're 31 years into it and we still have 80 years of resource left. That's the scale of the opportunities we are chasing.

As a Syncrude partner, are you interested in buying ConocoPhillips' 9-per-cent interest?

We look at a lot of things. But at this point we have a very attractive exposure to the oil sands with our existing stake. Our real focus is developing the SAGD piece of it through Long Lake and subsequent projects.

About 80 per cent of the resource in Alberta needs to be accessed through SAGD because it is too deep to mine with trucks and shovels. There is a big future and that's where we're focusing our priorities.

OPTI, your partner on Long Lake, is undergoing a strategic review. Would you be interested in buying it?

We did the important transaction on OPTI in Christmas of 2008. We bought an additional 15-per-cent working interest in the [Long Lake]project; we bought it at 60 cents on the dollar for sunk costs; we took over operation of the upgrader and we were the operator of the SAGD. For us that was the milestone and the important transaction. Today we have just under two-thirds of the project and are excited to continue to invest on that basis.

It is less dependent on age than how engaged and interested you are. This is a great industry to work in.

Also, we've had very strong signals that the world is going to need the products that our industry supplies. Eventually we will move to "hydrocarbon lite" and maybe to a hydrocarbon-free society, but that will take a lot longer than some people would hope for.

1977, Bachelor of engineering, University of Saskatchewan

Oil sands industry tries to move past the ducks
May 8, 2018 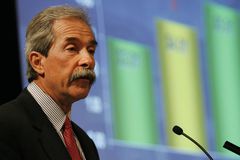 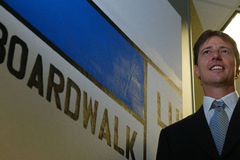