The good news is that all four generations in the Canadian workplace value similar things. What can cause employers headaches is that they value them in different ways, according to a new study.

The snapshot of the priorities of Canadian workers shatters a few stereotypes and highlights factors employers need to keep in mind to motivate their diverse teams, said study co-author Sean Lyons. associate professor of business at the University of Guelph.

The millennial generation, workers in their 20s, are most likely to want a job that offers quick advancement, congenial co-workers and fun.

Generation X workers, in their 30s and early 40s, put the most value on balance between hours at work and their personal lives.

Baby boomers, between 45 and 60, are most likely to say they want to continue to grow and use their skills on the job and get clear information from management on what's expected from them.

Mature workers, over 60, are actually more concerned with advancement than boomers or generation X.

The study considered 3,000 people across Canada who were working or seeking employment and was co-authored by Prof. Lyons, Eddy Ng, associate professor of management at Dalhousie University and Linda Schweitzer, assistant professor at Carleton University

The results uncovered some wishful thinking among the youngest workers, Prof. Lyons said. While boomers and mature workers foresee pay increases in line with the 3 per cent a year that has been the average the past three years, workers – especially men – in the millennial age group expected to see their wages climb by as much as 60 per cent over their starting salary within five years.

"We were shocked by that; we thought the slowing in the economy would have tempered the expectation of millennials for big pay raises," Prof. Lyons said.

Job hopping has also become a fact of life for younger employees. "A critic might say everyone changes jobs when they are young and you're looking at a small number of years. But when we look at the number of job changes baby boomers had before they were 30, the average for millennials is three times as many job changes."

It's not the economy that is making them jump ship, the study found.

"Rather it's because they feel that they have to keep moving because they are not getting what they want in the jobs they are in," Prof. Lyons said.

The message for employers is that they need to build in opportunities for employees to move within the organization and build experience and capabilities in their jobs. Companies also can retain talent better if they provide more flexibility to allow younger employers to take time off, he said.

Among other significant findings in the study:

- Boomers and mature workers were significantly more likely than younger workers to rate challenging work as essential element of their jobs.

- Younger generations of workers believe they are very resilient to change, but they actually feel more beaten down by the pace of change than the older generations.

- Close to 40 per cent of generation X and millennials indicated that work-life balance was essential to them, compared to 30 per cent of boomers and 20 per cent of mature workers.

- Almost 20 per cent of millennials considered a fun workplace to be an essential factor in a job. Each successively older generation placed less emphasis on fun.

- Similarly, while more than 20 per cent of millennials said having good co-workers is essential, fewer than 14 per cent of boomers and mature workers rated it a priority. 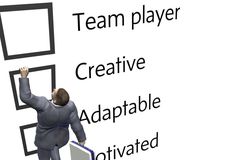 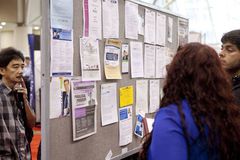