A recent survey of Canadian workers has revealed that a majority of the country's most recommended employers are public-sector and government-subsidized organizations.

Forbes Magazine ranked the top 250 employers in Canada, (http://www.forbes.com/canada-best-employers based on an online poll of 8,000 Canadians. The poll asked respondents whether they would recommend their employer to friends and family as a good place to work. Six of the top 10 and 14 of the top 25 employers are taxpayer-funded, a ratio reflected from top to bottom of the list. A similar poll conducted in the United States turned up three government-supported organizations in the top 25, and eight in the top 25.

Aaron Wudrick, the federal director of the Canadian Taxpayers Federation, pointed to the survey as indicative of a "national tension, between employees getting as much as they would like and taxpayers – all of us – getting value for our money."

Janet Fraser, senior vice-president of corporate affairs for BC Hydro, says employee engagement is a top priority for the company. A comprehensive benefits package is designed to promote healthy work-life balance. It offers flexible work schedules and personalized benefits plans.

"So it's really all geared towards ensuring that employees feel good when they're at work and when they're at home," Ms. Fraser said. "We offer career development and advancement opportunities, and obviously training and job rotations. We have a very extensive mentoring and coaching program here, and we do extensive career and succession planning."

That public sector companies are so heavily represented in the top 25 may be interpreted from different perspectives. Some experts say that it points to publicly funded organizations overcompensating employees, while others argue that strong public institutions are characteristic of Canada.

"I think taxpayers should be concerned, because the reality is that it's very easy for public sector entities to be 'good employers' if it means they're paying very generously and giving very generous benefits, because that comes out of taxpayers' pockets," Mr. Wudrick said. "It's very easy to make an employee happy if you're spending money that's not yours."

"It's important that organizations are striving to be seen as a very viable, professional enterprise," said Dale McNeely, the director of business career services at the Alberta School of Business. "A big part of that is how your employees feel about it. Being seen as a worthwhile place to work at is wonderful marketing to draw and keep talent in the long run."

Mr. McNeely believes the poll reflects the more prominent role of government in Canadian society, compared with the United States.

"We as a country in Canada are very attuned and accepting of government agencies providing many of the services that we use, like health care and education. That's ingrained in who we are as Canadians," Mr. McNeely said.

Mr. Wudrick points out that even several private sector employers on the top employers list, including Ubisoft and Bombardier, receive government support.

"Governments are using our tax dollars to pay public servants more than we're making ourselves, even with benefits and job security we could never dream of," he said.

Mr. McNeely said that while the risk-averse tend to prefer the public sector, which has greater job security, there is lower potential for financial reward.

Mr. Levitt acknowledged that some people may gravitate to the public sector to influence positive change.

"If you're working for a private company, you have a very limited window and mandate to serve the shareholders." he said. "Whereas in the public sector, research is intended to be as unbiased as possible and intended to bring about clarity and knowledge."

Statista, a German-based online statistics portal, solicited respondents for the survey. The sample, Forbes said, fairly represents the country's overall work force. A Forbes spokesman said employers on the list should be celebrated for creating a work environment where employees are eager to recommend their employer to others.

Four ways to develop a referral network to boost sales
May 17, 2016
Create a clear message to motivate employee engagement
May 16, 2016 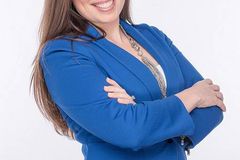