For today's parents, looking for ways to give our kids an advantage in the business world has nearly turned into a competitive sport. While at one point this may have meant enrolling your kindergarten-aged child in a Mandarin class or getting your preschooler to read, the ante has been upped to teaching them code.

I am admittedly susceptible to the appeal of trying to give my kids an early advantage by exposing them to technology. In addition to encouraging the use of programs such as Scratch, which lets young kids make their own video games, we've also embraced the rise of "technical" summer camps. This year, our son enjoyed engineering, rocket science, coding and even video filming and editing. While part of me laments that this trend means less time spent engaging in more traditional summer activities such as canoeing and kayaking, I take solace in knowing that our 11-year-old knows his way around programs such as Final Cut Pro.

While some may view this trend as the folly of fanatical technophiles, there is some logic to this madness. The employment market has changed considerably and children risk missing out on the skills they might need when they graduate to land a good job. As a parent, trying to guide our offspring down the right career path remains a challenge, considering that 65 per cent of children entering grade school will end up working in careers that have not even been invented yet, according to Cathy Davidson, author of Now You See It: How Technology and Brain Science Will Transform Schools and Business for the 21st Century. (cathydavidson.com)

The petition, available on Change.org, references Code.org's claims that "there will be a one-million-person job gap in programming by 2020 in North America alone."

It's a skills gap that Mr. Hunter has observed first-hand at Bitmaker Labs, where the company spends every day helping junior developers secure jobs. This year, the organization will graduate more than 1,000 students, but Mr. Hunter calls that "a minor dent in the estimated one-million-person job gap we face in five years."

People need to know about the opportunities, he insisted.

Mr. Hunter, a university dropout who became CEO of the company when he was 28, doesn't necessarily believe that code will be instituted as a third language, but he sees this campaign as a "tongue-in-cheek way" to spur the government to tackle the skills gap in the market.

There is no doubt that greater technical skills would be an asset to those entering the job market. A recent survey by Ipsos Reid and the .Ca Community Investment Program found that 82 per cent of respondents believe that all young people in Canada should have computer coding skills by the time they graduate from high school.

However, is calling for it to be a third language a step too far?

"Coding is an integral part of the modern workplace and, akin to speaking French, is a skill that is highly sought after by Canadian companies," according to the petition.

Mr. Hunter argues that code has become so intertwined with our daily life – from the way we interact with our financial institutions to the way we hail a cab – that understanding the underpinnings of this new world should be mandatory learning. This skill – or language, as Mr. Hunter would suggest – when combined with another subject or field provides a huge advantage in today's work force.

There is no doubt that the skill can further career opportunities, but turning it into a language, like English or French, infers that our culture would evolve in way where individuals identify with technology and specific coding languages. That's a dystopian future better predicted by the likes of Douglas Coupland, who recently suggested in a column in FT magazine that people might morph into data.

So let's accept that this call for code as a third language is a mere gimmick – as of Tuesday, the petition had only 126 supporters. Still, it raises some strong points about the value of investing in skills that children today will need in the future of work.

Mr. Hunter hopes the petition will encourage the federal government to invest in programming education and ensure that it is part of the public-school curriculum. Others have already made that leap: Last year, Britain instituted a new curriculum in schools, which included coding for children as young as 5.

Language aside, it's time to take the skills gap seriously and ensure that today's young people have the ability to succeed in an ever-changing work force. Even if it means a little less sunshine during the summer.

The best way to cope with stress? Flexibility
August 13, 2015 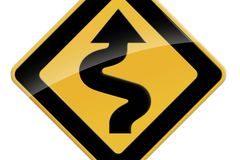 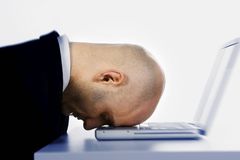 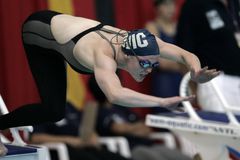