At Intel Corp., Elaine Mah and her colleagues jumped on the bring-your-own-device (BYOD) movement early. In 2009, the Santa Clara, Calif.-based semiconductor maker launched a pilot program that allowed employees to use their own smartphones, tablets and other devices for work.

Some 3,000 people signed up for the pilot. Today more than 23,500 devices representing 19 per cent of Intel staff are part of the company's opt-in BYOD program. "We see that going up to probably 30,000 by the end of the year," says Ms. Mah, a Toronto-based director with Intel Canada.

Ms. Mah, who connects to the company network with her personal smartphone, notes that a BYOD program has two main benefits. First, it makes employees more productive and lets them work the way they choose. On average, Intel staff have reported 57 minutes of extra productivity each day from doing things such as checking e-mail on their smartphones, Ms. Mah says.

"Those [small productivity gains] are increasingly significant as we actually start to move into the process of creating mobile apps for some of our business functions that can now be used on a smartphone or a tablet," she explains.

Second, defining and implementing a BYOD policy reduces the threats to corporate security that come with unauthorized use of personal devices. "It's incumbent on an organization to be a little more mindful of BYOD, the risks that they're exposing themselves to, whether or not they think BYOD is within their organization," Ms. Mah says. "I can almost guarantee it is."

A byproduct of the so-called consumerization of information technology, BYOD has created upheaval for employers, who must adapt whether they like it or not. As the trend increasingly becomes the norm, it could spawn a host of new enterprise apps that are as user-friendly as their consumer counterparts. BYOD's growing popularity may also be part of the general shift toward contingent workers.

BYOD is no fad, says Krista Napier, Toronto-based senior analyst of mobility with market intelligence firm IDC Canada. In a 2012 survey, IDC found that 69 per cent of Canadian companies permitted some form of it. Meanwhile, almost 81 per cent of Canadians said that at least some of their work activities involved BYOD. But on the other hand, just 30 per cent of employers polled had a BYOD policy.

"From an IT perspective, it's ground-shaking," says Michael Finneran, principal of dbRn Associates, an enterprise wireless consulting and analysis shop based in Hewlett Neck, N.Y. "Now instead of being a technology dictator, IT has to change to being a technology enabler."

By managing and securing devices they don't own, companies are stepping into uncharted territory, Mr. Finneran says. "For example, what happens if we have a discovery requirement leading up to a legal case?" he asks. "We might have to take that employee's phone away from them."

Although tablets are catching on, PCs are still relatively uncommon for BYOD, according to Bob Hafner, Toronto-based managing vice-president of Gartner Research's mobile and client computing group. Consumer devices give workers access to hundreds of thousands of apps, Mr. Hafner says. "In many cases, they're apps that make them more productive for work, so now we're getting to not only BYOD but BYOA – bring your own applications."

Mr. Hafner says most people who bring technology to work are trying to be better employees. "But we also know that bad things can result from that," he adds. "So right now there's a huge amount of activity going on with organizations determining what devices first of all they should allow to connect to the enterprise, what applications those devices can access."

But BYOD may also mean less hassle for employers, as long as they lay out minimum specifications for connecting to the corporate network, Ms. Mah says. "As people are choosing their own devices, no longer does your IT department have to worry about it."

In some cases, BYOD has left employees worried that they're expected to be available 24 hours a day, Mr. Hafner says. But on the positive side, mobile devices have made working hours less rigid. "It's going to be a matter of finding the right balance with these things," notes Mr. Hafner. "We've been saying, 'Now work is no longer a place; it's something you do.'"

Asked what's next, Mr. Finneran points out that consumer products are leading the way in mobile app development. "The general public is no longer afraid of technology," he says. "When are we going to start building enterprise apps that are as engaging, compelling and fun as what we get on the consumer side?"

The consumerization of IT has set new expectations for business apps, agrees Mr. Hafner. "We're telling a lot of organizations, 'You really need to think about the user experience for those mobile apps or people won't use them.'"

For apps, a good solution is a corporate store that allows chief information officers to approve and distribute them, Ms. Napier contends. "But there are lot of companies today that will actually issue iTunes cards to their employees and then tell them, 'Go get these apps,'" she says. "And that's obviously not the ideal way to do it."

Describing BYOD as a marketing term, Ms. Napier thinks it will become less talked-about once companies adopt the right processes.

For Ms. Mah, BYOD's evolution reflects an economic change in which more people move into contract and freelance positions. "I see that BYOD is really incorporating the whole philosophy around contingent work force," she says. "If I want to bid for a contract to work for an organization for six months or something, if I am able to bring my own device to that business and connect to their network, that makes me a much more efficient contract worker." 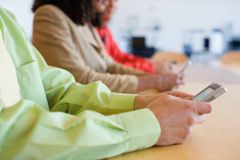 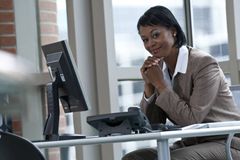 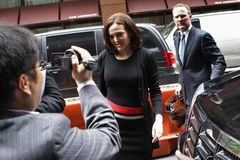