It's called the "bliss point" – the potent combination of sun, wind and temperature that lures employees away from their desks and outside into the summer weather.

Mikal Skuterud, a professor of labour economics at the University of Waterloo, used a complex mathematical equation, thousands of daily activity reports, and 32 years' worth of Canadian weather data to find out just what kind of weather prompts people to call in sick.

His answer? The perfect summer conditions are a clear day with a humidex of exactly 27.2 C and a wind speed of precisely 14.7 kilometres an hour.

"People wake up, they see there's this great weather and they have a pent-up demand to do some recreational activities," says Prof. Skuterud, who co-authored the paper with Jingye Shi.

His research adds one more variable to the expanding list of demographic and occupational factors that determine the likelihood an employee won't show up for work. Absenteeism is a growing problem in Canada, with an average of 913,000 full-time employees missing work every week, sapping productivity and costing the Canadian economy 100 million lost days a year.

"Absenteeism is often explained around levels in workplace stress," says Wolfgang Lehmann, a professor of sociology at the University of Western Ontario.

He partly attributes the rise in absenteeism, which has increased from 8 days lost per worker in 2000 to 9.3 days in 2011, to the stressful impact of layoffs, as well as the strain of caring for both children and elderly parents.

But that's only part of a complex web of factors, and while it might seem obvious that sunny skies tempt workers to shirk their duties, it's just another small piece of a puzzle that includes an employee's gender, education level, and personal happiness.

It's a beautiful day

Overall, unionized workers have higher rates of absenteeism, according to Statistics Canada, but those influenced most to play hooky by nice weather are employees who are non-unionized or have only worked at their job for a few months.

"They're taking a real risk, because they can be fired – easily fired," says Prof. Skuterud, who adds it may seem counter-intuitive but in fact unionized workers are more likely to call in sick regardless of the weather conditions, whereas non-unionized workers will only take the risk if the reward is high enough.

In an ideal world, Prof. Skuterud theorizes, companies would offset the effect of weather by paying employees more on nicer days to motivate them to come in to work.

On average during the year, women miss 3½ days more than men for personal reasons, which include illness, disability and family responsibility. This is partly because women are more likely to be unionized and work in the public sector, which both have higher rates of absenteeism.

"Women tend to be in occupations where it's possible to take time off work," explains Frances Woolley, a professor of economics at Carleton University.

The impact of children

"If you have kids you may be more likely to be the sole breadwinner," Prof. Woolley says.

Workers in the public sector miss more than a dozen days a year, about 4½ more than their private-sector counterparts, according to Statscan. Public-sector workers are more likely to be unionized, and unionized workers were absent 13 days annually, more than 5½ more than Canadians who are not in a union.

If you work in a building with more than 500 people, you will typically miss almost four days more than an employee with fewer than 20 co-workers.

What you do makes a difference

Occupations have varying absence rates, with front-line workers in health occupations missing the most days, some more than two weeks a year. In contrast, professional occupations in health such as doctors, dentists and veterinarians tend to miss the least days. In general, the higher a person's education level, the less work they miss.

"Nursing is a physically demanding job," Prof. Woolley says. "Not a lot of doctors are unable to do their job because they've put their back out lifting a patient."

Regardless of occupation or demographics, two factors that drive absenteeism are good benefits and bad management, according to Howard Seiden, an expert on workplace absenteeism at the University of Toronto.

"It's not just a gender thing, or an age thing – it's an unhappiness thing," Dr. Seiden says. "People who aren't happy and don't like their jobs look for reasons not to come to work." 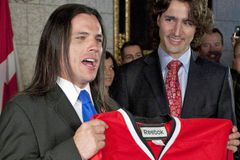 Too many MPs are skipping Parliament
March 7, 2011
How to keep staff absences from being unexpected
May 1, 2012 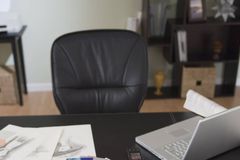 Manitoba students skipping school to work, care for children
July 20, 2009
Follow us on Twitter @globe_careers Opens in a new window
Report an error Editorial code of conduct
Due to technical reasons, we have temporarily removed commenting from our articles. We hope to have this fixed soon. Thank you for your patience. If you are looking to give feedback on our new site, please send it along to feedback@globeandmail.com. If you want to write a letter to the editor, please forward to letters@globeandmail.com.
Comments