Blame it on Augusta and the advent of colour television. Up till then, most golfers were content to play around the odd weed and didn't get overly upset if skunks dug up turf.

But starting in the late 1960s, colour broadcasts of the Masters Tournament at the Augusta National Golf Club in Georgia showed the world a meticulously-maintained course shimmering like an ethereal Emerald City. Golfers turned green with envy.

"We call it the Augusta syndrome," says Rob Witherspoon, director of the University of Guelph's Turfgrass Institute and Environmental Research Centre. "The expectation of standards used to be lower. Golfers saw that and said 'Why doesn't our golf course look like that - blemish-free, no weeds?'"

But such standards come at a cost to the environment. Fertilizers, pesticides, herbicides and astounding amounts of water are all necessary ingredients.

And so, over the past half-century, environmentalists have come to see golf courses as green scars on the landscape.

They point to phosphorus-based fertilizers, which run off into local lakes and streams during watering and rainstorms, causing algae blooms that suck up oxygen and kill aquatic life. And because turf is mowed to very low heights, grass is stressed and vulnerable to pests, which leads to greater pesticide use.

And then there is the issue of water use. Washington, D.C.-based World Watch Institute - an environmental research organization - estimates the amount of water used per day to irrigate the world's golf course at 9.5 billion litres. The same amount of water would support 4.7 billion people at the UN daily minimum.

"Golf courses are inherently wasteful," says World Watch Institute spokesperson Russell Simon. "You're taking up huge swaths of land and watering and maintaining it. I like golfing, and so do a lot of other people, but there's only so much you can do in terms of greening a golf course."

Yet Audubon International staff ecologist Jim Sluiter maintains that in urban areas, a golf course can, in fact, be more environmentally-friendly than a housing development or a shopping complex. And in rural areas, it's often less harmful than an industrial farming operation, he says.

"If you look at a golf course from a bird's perspective, you get a different view. Most of these golf courses may increase habitat as opposed to a subdivision where you've got greater inputs [of chemicals]and fewer wooded areas," says Mr. Sluiter.

In an effort to green golf courses, his group created the Audubon Cooperative Sanctuary Program in 1991 to certify those that meet certain standards for water use, chemical inputs and native vegetation.

The Ballantrae Golf Club just north of Toronto is the only one in Canada to have met the Audubon's certification for building a course that's green from the ground up. In 1999, the owner, the Schickedanz company, broke ground on the course and lifestyle community on the Oak Ridges Moraine, shortly before Ontario brought in its Green Belt Plan restricting development in the area. "We couldn't build it today," says general manager John McLellan.

But Mr. McLellan says the company was already aware of the environmental sensitivity of the moraine, which contains the largest concentration of headwater streams in the Toronto region and filters local groundwater.

That's why the course uses its irrigation water over and over, instead of letting it - and the phosphorus it contains - find its way into local waterways. An underground drainage system collects water and diverts it into five interconnected, watertight ponds.

The course has about 100 acres of turf, 30 per cent of which is made up of intensely managed tees, greens and fairways. The other 70 per cent is planted with fescue grass, is not irrigated, and staff apply only very small amounts of herbicides or pesticides.

"It's a misconception that we use a lot of chemicals," says Mr. McLellan. "All our herbicide spraying is spot spraying now. It's in a backpack. Years ago you'd fill up a 300 gallon drum and spray everything wall to wall."

But there is one chemical that all northern courses must use to control a destructive mould that lives under the snow. "If you don't use a fungicide, you're susceptible to snow mould that can actually destroy your course. We can't do without," he says.

While golf courses are exempt from Ontario's 2009 ban against using pesticides and fungicides for cosmetic purposes, the legislation does require staff to be trained in the judicious use of such chemicals. Starting this June, they will also be required to report online how much they use, information not currently publicly available.

Lisa Gue, an environmental health policy analyst with the David Suzuki Foundation, is hopeful Ontario's reporting requirements will highlight the issue, forcing a decrease in pesticide use across the country.

"Every province that has introduced restrictions on cosmetic pesticides has exempted golf courses from those bans," says Ms. Gue.

Meanwhile, at the Highlands Golf Course near Vernon, British Columbia, owner Barbara Mitchell has taken a different tack to greening her property. In 2009, she installed a 10 KW wind turbine, which feeds into B.C. Hydro's grid.

While the turbine has attracted interest from high-school science classes, it hasn't caused much chatter among golfers. "I was frankly surprised by how many people didn't even notice the wind turbine," says Ms. Mitchell. "I doubt there will be people playing a course simply because it's green. Golfers play where they want to play."

But at Golf Griffon Des Sources in Mirabel, Queb., superintendent Alan Morton says his golfers do, in fact, care about playing on an environmentally-friendly course.

His club has strategically-placed wooded and naturalized areas throughout the property, providing wildlife corridors for the likes of coyotes, fox and deer. He also applies liquid compost every two weeks, which contains beneficial bacteria and microbes that reduce turf's vulnerability to disease, allowing him to cut back on chemical treatments.

In fact, Mr. Morton says given everything that he and other superintendents do, he feels defensive about environmental criticisms.

"Environmentalists should be realistic and responsible," he says. "One of our greatest concerns is the environment and its sustainability. Our seminars and our conferences are based on learning new technologies to minimize the human footprint on the environment."

Companies get creative to support their cyclists
April 21, 2011 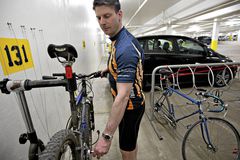 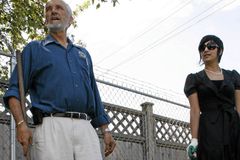 How golf courses are getting greener
April 26, 2011 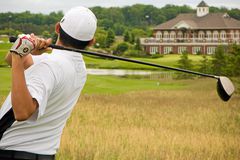 As dumps fill up, zero-landfill policies take off
April 26, 2011 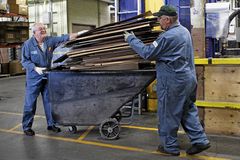 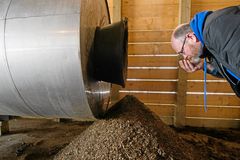 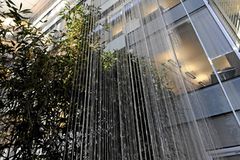 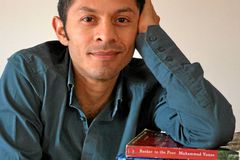 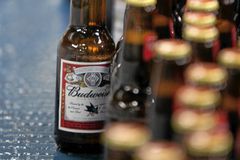 Trucking on and lowering emissions
April 26, 2011 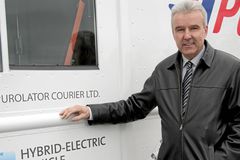