When Alexandria (Alex) McKellar entered Grade 9, she began booking guidance counsellor appointments to discuss what university to attend. Even at that young age, she wanted to become an archeologist.

Her mother, Wanda McKellar, a financing representative with Canadian Tire's Roadside Assistance team in Welland, Ont., also knew that when the time came, her daughter could apply for a company scholarship to help with the costs.

It has all worked out. Ms. McKellar, now 19 and in her second year majoring in classics at Queen's University in Kingston, got that financial boost from her mom's employer. Ms. McKellar was awarded the A. J. Billes scholarship that honours the company's co-founder and is worth $2,500 a year for a maximum of four consecutive years.

It's one of 16 renewable annual scholarships available to the children of employees of Canadian Tire Corp. Ltd. who are entering university or college as full-time students. The Canadian Tire Employee Scholarship program also provides an additional 20 one-time $1,000 scholarships each year at a total cost to the company of $160,000 annually.

Alex McKeller qualified for Queen's international study program and was able to go to Britain to study for her first year. "When I . . . saw all these places like Stonehenge and Hadrian's Wall, it just made me love history even more and want to be an archeologist, excavate my own sites and participate in history."

Ms. McKellar says the $2,500 she receives each year pays nearly a third of her tuition costs. To cover the rest, she has an RESP set up by her parents, an ongoing summer job at a marina and student loans.

"Because the scholarship is continuous, I can focus more on my studies and not on where I'm going to get my funds," Ms. McKellar says. "I think this kind of encouragement goes beyond a dollar sign. It shows that a company representing Canadian identity believes in the success of its young community."

For many of the 95 GTA Top Employers, postsecondary academic scholarships for the children of employees have become more important as the Canadian work force ages, their offspring reach university age and postsecondary education becomes more expensive. More than 20 companies on this year's list are now offering scholarships ranging from one-time $1,000 awards to renewable four-year awards totalling $20,000.

While the number of awards and amounts vary widely, the scholarships demonstrate that firms are becoming increasingly aware of what matters to employees.

The Miller Group, a road construction company in Markham, Ont., established a postsecondary education award in 1995 after asking staff, "What is your greatest accomplishment?" One common answer among those with children was "my kids," so the company felt that the best way to recognize their employees was by celebrating their children.

The company's academic award of up to $1,000 an academic year renewable for a maximum of four years is based on the company premise that "not only are our employees valuable but so are their children." As a smaller company with fewer than 4,000 employees, the number of scholarships they give varies from year to year.

Often established in honour of or by past leadership, scholarships range from a few awards in smaller companies to highly organized outsourced international programs that bestow as many as 100 awards each year. Some are shared by the donor and matched by the organization, such as the John Williams Scholarship Program which gives outs two annual one-time scholarships of $5,000 (U.S.) each for postgraduate study to children of full-time employees of Fairmont Hotels & Resorts. The funding for these awards is split between former executive John Williams, who retired from Fairmont Hotels & Resorts in 2008 after a 45-year career, and Fairmont.

Others such as PepsiCo Beverages Canada offer support for undergraduate study through their Excel Awards for the children of full-time employees worldwide. The amounts, up to $10,000 (U.S.) a year, are determined individually by Scholarship Management Services, a division of Scholarship America.

Depending on a company's size, competition can be fierce with applicants typically judged on their academic achievement as well as extracurricular activities, goals and ambitions. In some companies, applications are screened internally by a human resources team while others use an independent panel. Financial need may play a role depending on the company's criteria. In order to keep renewable scholarship money rolling in, the recipient may also be required to stay enrolled full-time and achieve a satisfactory academic standing.

"One condition of my scholarship is that I have to be active within my school community," Ms. McKellar says. "This year, I'm a member of the Alma Mater Society [Queen's University student government] and am a co-chair for the catch me if you can games [an interfaculty, all-ages campus event] running in 2013."

Sanjay Jain, a maintenance manager with Coca-Cola Canada in Toronto, says the company's scholarship program has helped his family.

This past April, his 17-year-old son Suday was awarded a Skeeter Johnston four-year $20,000 (U.S.) scholars award. Suday Jain, currently doing a bachelor of commerce at McGill University's Desautels Faculty of Management, was the only Canadian to win one of the bigger scholarships.

In 2012, the Coca-Cola Johnston Legacy Scholarship gave out 90 one-time awards worth $5,000 (U.S.) each and 10 Skeeter Johnston four-year $20,000 (U.S.) scholarships to the children of Coca-Cola employees in Canada and the United States.

"This scholarship was a great relief for our family," Mr. Jain says. "Otherwise, Suday would be forced to take a part-time job … this has really allowed him to focus and take some extra credit courses because he wants to go for his MBA after finishing his undergraduate education."

"Coca-Cola goes out of its way to help families who really need this money to advance their ambitions," Mr. Jain adds. "There aren't many companies who give out this kind of scholarship. I'm proud to work with a company like Coke."

Bonuses that are available to all motivate staff
November 19, 2012 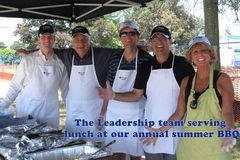 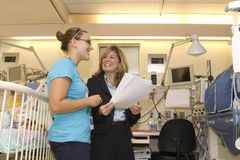 How’s this for an employee perk? Reduced rate at a resort in St. Lucia
November 19, 2012 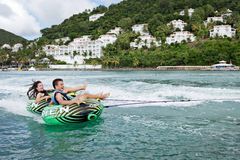 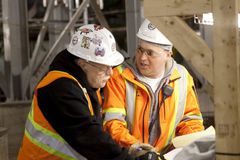