"It's very modern," says Ms. Taylor Crichton, the company's brand manager. "In corporate climates, there's often a slower approach to diversity programs like that, but then our CEO happens to be a woman. When you look at the organization from the top down and at our executive profile, you can see the company is very committed to this initiative."

Ms. Taylor Crichton also found herself a mentor through an E-WIN announcement in the company's newsletter. When she saw that a person she admired had volunteered for the mentoring program, she approached her.

"Even in the first meeting, she walked me through some of the questions I had about the company, what I want to achieve as a career woman and how to balance my decisions," Ms. Taylor Crichton says. "I have a set agenda for every meeting and we talk through those things."

Established in 2009, E-WIN provides female employees with opportunities for personal and professional development as well as mentoring connections. The idea came from women in the human resources department who were aware of other women's networks in Calgary, such as a long-standing one at energy giant Enbridge Inc., and wanted something similar.

"That was the initial seed, so then we just had a dialogue with the executive to say, there's benefit in this," says Erin Kurchina, vice-president of HR at Enmax. "Networking is a great way for people to learn the dynamics of our industry, to establish business contacts and facilitate those win-win relationships."

When it comes to networking, women have been quick to respond.

E-WIN already has more than 200 employees as members, or about one-third of Enmax's female staff. That includes 20 men who are welcomed.

According to Kristina Leung, editor of Canada's Top 100 Employers, the creation of support networks is best illustrated by women. In fact, a quick scan of this year's Best Diversity Employers shows that more than two-thirds of the 55 firms offer some form of networking and mentoring opportunities specifically for women, particularly in traditionally male-dominated industries, such as engineering, mining or oil and gas. Many, such as Montreal-based manufacturer Bombardier Inc., or hardware retailer Home Depot Canada, have multiple strategies and initiatives in place to accelerate women's advancement through their ranks.

The cost to an employer to set up a networking initiative is nominal, according to Ms. Kurchina. She says E-WIN relies exclusively on volunteers and word-of-mouth.

"Women volunteer their time to come in to speak to our network," Ms. Kurchina says. "Sometimes we give them a nominal donation to a charity of choice, but it hasn't been a huge expense. We do allow employees to use company time to meet and organize events but the return on that is greater than the expense."

Before setting up networking, it's critical to first make sure the company is committed to both the value of networks and diversity.

"It's important to have that commitment at the top in order for it to be sustainable," Ms. Kurchina advises. "The benefit of networking is that it helps to develop your employees and keep them engaged while they learn more about your business. It also contributes to the diversity of views so that we think more creatively and more outside the box. That leads to better decisions, better strategies, and in the end makes us a better company with a better bottom line."

At the British Columbia Institute of Technology (BCIT) in Burnaby, Saira Walker, manager, HR advisory services and Connie Lazarowich, HR adviser, are developing a Women's Networking Group for female employees. The two women already work together on diversity and inclusivity initiatives and felt they didn't have a lot happening for women.

"First you have to have some kind of a charter to determine the philosophy behind it and what you're going to accomplish," Ms. Walker says. "We see it as creating opportunities for women of all different occupations and cultural backgrounds to come together and talk about their experiences and any barriers they've faced. Philosophically, it's about breaking through that glass ceiling and making it more like a glass door that they can go through."

So far, the biggest challenge has been persuading people who are in positions of leadership to volunteer.

That's important because they want to include a mentoring program and establish a women and leadership council. But when they put out a call for volunteers, what they're finding is typically most women interested in joining are more in entry-level positions and looking for opportunities to have people mentor them.

"It may be that we have to tap a few people on the shoulder and tell them why this is a good thing," Ms. Walker says. "When you have people who are already established in their careers, I know they may be stretched to the max anyway, but it's a wonderful opportunity to give back."

So far their costs have been low, as most of the workshops they have put on have been free, however they are planning to give some diversity leaderships awards.

"It's very important to link to community groups because they'll have some expert speakers who can come and speak on a variety of issues," Ms. Lazarowich says. "You can also learn by partnering with groups who are already established because they have so many best practices and metrics in place."

Ms. Walker's advice to anyone who is considering starting a networking group is to think of people as your business, so you need to know and understand them as well as what types of programs will help to retain them. You may also have to overcome some outdated opinions.

"A lot of employers who don't do it think, well, we already did employment equity in the '80s," Ms. Walker says. "I still hear that here. But this isn't equity stuff. This is about your people." 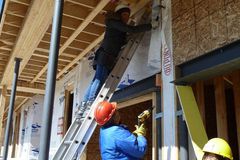 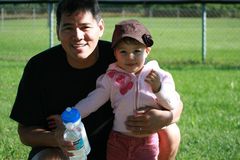 At these firms, inclusion and diversity matters
May 11, 2018 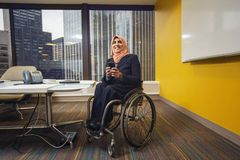