Want an easy way to break the summer doldrums at work? Launch into a discussion about whether the gender wage gap still exists.

Few workplace issues remain the verbal equivalent of throwing a grenade into a room and a recent opinion piece published online by Bloomberg News might have done just that. In the article, Ramesh Ponnuru, a senior editor for the National Review, called the wage gap a "staple of feminist rhetoric" and an exaggerated issue that is not the result of discrimination, suggesting that governments shouldn't even try to eliminate it.

His piece did not generate the flurry of responses one might expect, likely because the argument is tired and the facts supporting the wage-gap issue are pervasive.

Rather than questioning why we are still discussing the wage gap decades after laws were brought in to quash the issue, we should be exploring why the business community hasn't fully bought in to resolving the problem.

In an age of greater transparency, where environmental initiatives and corporate social responsibility have become part of normal business practices, why can't equal pay generate the same passion and commitment?

To combat what could be social initiative fatigue, we need to view the issue through a fresh lens. That begins with separating it from the realm of "women's issues" and framing it as an economic one that has an impact on families on a micro level and the economy on a macro one.

"The gender wage gap has been identified as a problem since women entered the work force in greater numbers," said Emanuela Heyninck, commissioner of Ontario's Pay Equity Commission.

"For the most part, it has been treated and continues to be treated as a women's issue or an equality issue, rather than an economic imperative," she said.

Lingering misconceptions about women's role in the work force must be eradicated. The traditional nuclear family is in decline. Women comprise almost half of Canada's labour force and more than 70 per cent of women with children at home are in the work force, according to the latest Statistics Canada data from 2009.

Add to this the growing trend of women being a family's main breadwinner – in the U.S., 38 per cent of working wives earn more than their husbands or are employed while their husbands aren't – and you're left with families increasingly reliant on women's paycheques that often fall short of what their male counterparts bring home.

While studies of the effects of the pay gap usually focus on the individual pain of women, the larger economic impact must also be recognized.

A 2005 Royal Bank of Canada report estimated the lost income potential of women in Canada due to the wage gap is about $126-billion a year. And an Australian government study from 2009 found that removing the negative effects of the wage gap could add $56-billion or 5.1 per cent to the country's total annual GDP.

Analyzing the differences between men and women's pay depends on how you slice the data.

"You always hear that women earn 72 per cent of what men do. That's probably the most commonly cited statistic on the gender gap. I always cringe when I hear that," said Marie Drolet, senior research economist at Statistics Canada and author of a 2011 study on the wage-gap issue.

Her study found that the 72-per-cent gap has held steady since the early 1990s, after narrowing slightly in the previous two decades. That 72-per-cent figure, Ms. Drolet said, is based on a full-year, full-time salary, rather than hourly wages. When comparisons are based on average hourly wages, the gap narrows to 85 per cent.

Despite the momentum, the issue stubbornly persists and if the carrot approach to solving it, by emphasizing the broader economic benefits, doesn't work, there's always a stick.

Natalie MacDonald, a partner at the Toronto law firm Grosman, Grosman & Gale, suggested that while education about the impact of gender discrimination and regular compensation reviews might help alleviate pay discrepancies, increasing monetary damages in discrimination cases could act as a greater deterrent.

She noted that the average amount for damages issued at the human rights tribunal level range from $25,000 to $75,000 in Canada. In the United States, damages for the same issue might amount to millions of dollars for individuals.

If an employer is found to have discriminated against women by paying them less then "the only way in which to deter such practice is to ensure that the damages available to an aggrieved individual are significant and send a very loud and clear message that discrimination is not tolerated in today's society," Ms. MacDonald said. 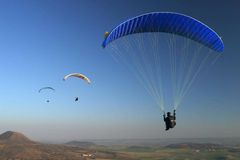 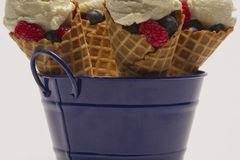 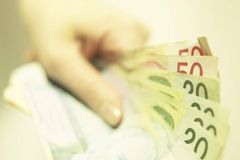 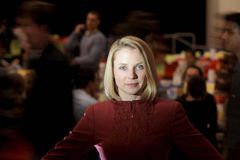 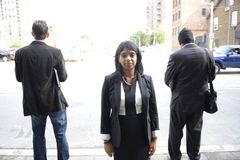 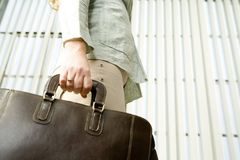