Federal employee Leslie Shah went back to work just after her second child celebrated his first birthday, one of a growing number of American mothers who are choosing full-time work since the U.S. economic downturn.

"It really came down to a financial decision," said Shah, 44, who lives in Maryland just outside Washington. "Gas prices are up, my grocery bill is up."

More American women are feeling pressed to work a greater number of hours even as the country emerges from its economic doldrums. A Pew Research Center Report released on Thursday found nearly one in three Americans mothers last year said they would prefer a full-time job, up from one in five in 2007.

Lead researcher Kim Parker cited the 2007-2009 recession as the likely factor behind the findings, adding that fewer women said they wanted to work full time before the downturn.

Pew's findings, based in part on its survey of 2,511 adults nationwide in late 2012, came amid renewed public debate about working mothers in the United States.

Former U.S. State Department official Anne-Marie Slaughter, put working moms back in the spotlight with a magazine article last summer on "Why Women Still Can't Have It All." In the fall, Yahoo Chief Executive Marissa Mayer announced she put in a full day's work two weeks after her baby was born, then banned telecommuting a few months later.

The debate intensified this month with Facebook executive Sheryl Sandberg's new book Lean In pushing women to take on leadership roles. One woman who did that, former Lehman Brothers chief financial officer Erin Callan, lamented in the New York Times on Sunday never having taken the time to have children.

The uproar stirred by the female executives opened wounds about privilege, choice and class divide. Critics said that for American women who are not well-paid top company officials, there is often no choice in the matter – they have to work – and the debate over style and leadership is all but moot.

About half of women who struggled financially said working full time was ideal, compared to about 31 per cent of those who said they live comfortably, the nonpartisan research group's report said.

In 2012, about half of single mothers said they would rather work full time, up from 26 per cent at the start of the recession, Pew found. In comparison, the number of married mothers who wanted full-time jobs remained flat.

That rings true for Phoenix, Arizona, mother Limpo Bokasa, who works as a medical case manager while raising her 7-year-old twin daughters on her own.

"You're spent emotionally, physically and spiritually for your children. You're running on empty," she said. "What I make for work is not enough to cover all my bills. ... You have to know just how to stretch every paycheck."

But for others, working also means independence and professional satisfaction.

Kendra Jochum, a 33-year-old mother of two boys, aged four and one, was buying a new house in Maryland when she and her husband found out they were having a baby girl. They welcomed the surprise pregnancy, but it brought worries about child care and her job as a social worker if she took a long leave.

"I enjoy work. I don't want to give that up," Jochum said.

The recession, which hit more traditional male jobs such as those in construction, in many cases flipped the economic burden and turned mothers into breadwinners.

Both mothers and fathers said they are equally stressed about work-life balance. Overall about half each say it's very or somewhat difficult, according to the Pew survey, which had a margin of error of 2.2 percentage points.

A wider look at men and women's roles over the last few decades shows the gender gap has shrunk as women work more and fathers take on a greater share of housework and child care.

Fathers spent 17 hours taking care of chores and children per week in 2011 compared to about seven hours four decades ago. Still, that is about half the 32 hours now spent by mothers.

"There's been this convergence of gender roles, but there's still this big gap," said Pew's Parker, herself a mother of two.

Another gap – that between the ideal and the reality – shows when it comes to kids: just 16 per cent of parents overall said it was ideal for mothers with young children to work full time. Most said mothers working part-time or not at all would be better.

"That's the whole thing that society really hasn't come to terms with yet, the economic realities versus what is best for a young child," Ms. Parker said. 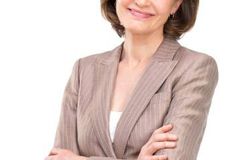