In his semi-annual assessment of Canada's financial system, released Thursday in Ottawa, the Bank of Canada Governor and his policy team reiterated that high personal debt is the main domestic risk, especially since Europe's economic crisis threatens to spin out of control and cause job losses or falling home prices to which overstretched households are vulnerable.

That line of argument is more than familiar to anyone who closely follows the central bank.

But Mr. Carney and his officials went further, spelling out their concerns about excessive building in Toronto's condo sector, and strongly suggesting that supply-and-demand fundamentals are out of whack owing to speculators' willingness to pay inflated prices.

"Adjusted for population levels, multiples [condo and apartment buildings] under construction in major metropolitan areas, especially Toronto, are above historical highs," the central bankers said. "If these units are not absorbed by demand as they are completed over the next 18 to 36 months, the demand-supply imbalance will become more pronounced."

The comments suggest Mr. Carney is not sufficiently encouraged by anecdotal evidence that some developers are backing off plans for new condo projects as prospective buyers become more cautious. Both he and Finance Minister Jim Flaherty – who has three times since the recession moved to tighten mortgage-eligibility rules and cool the housing market – have openly worried that Toronto's condo boom could end in a crash.

To highlight the dangers of overbuilding, central bank policy makers pointed Thursday to Calgary's experience in the years leading up to the global financial crisis. Construction of apartments and condominiums in that city peaked in 2008, they noted, and by 2010 a glut of unsold inventory had caused prices to plunge 20 per cent from 2007 levels.

In general, Mr. Carney and his team said the potential for the global backdrop to deteriorate further means that, even as the pace of debt growth in Canada slows, those who are most indebted are becoming "especially vulnerable" to financial shocks such as job losses or falling home prices.

"The high indebtedness of the household sector and elevated valuations in the housing market require continued vigilance," the bank said, adding that inflated prices in certain markets and stronger-than-anticipated sales and construction "are of increasing concern."

The European situation is making it harder for Mr. Carney to use interest-rate hikes to tame borrowing and lending, despite his repeated warnings to Canadians that rates will eventually rise.

Although total household credit is growing at a slower annual pace – 4 per cent from November through April, compared with 6 per cent from May to October of last year – the debt-to-income ratio, already 151 per cent, will likely rise because of "muted" income growth, the bank said.

And that's even if Europe's troubles don't worsen to the point that Canadian businesses start laying off workers as their sales prospects dim.

For instance, a three-percentage-point increase in the jobless rate could see the share of household loans in arrears rise to 1.3 per cent, according to a stress test by the central bank. (That may not sound like much, but it is more than double the rate in the fourth quarter of 2011.) Still, observers noted that while an escalating European crisis would exacerbate the household debt problem, that does not mean that anything close to the U.S. subprime mortgage market collapse in 2007 is in the offing.

"I'm not suggesting delinquency wouldn't go up slightly, but people who say the system is going to crash and burn like in the U.S. are collapsing two unlike situations," said Ian Lee, a business professor at Carleton University in Ottawa, who is also a former banker. "In the U.S., they didn't have government-insured mortgages, we do, and they didn't require down payments, and we do." 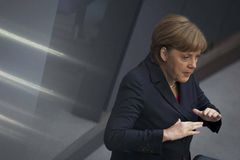 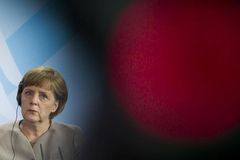 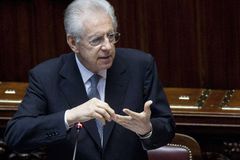