Arthur Gitajn is what some people might call a bean counter, but his work today involves bytes, not beans.

"We're in the middle of a digital revolution. It has been so sudden in the last five or 10 years," says Mr. Gitajn, chief financial officer at enterprise software company SAP Canada.

As with more and more financial executives in Canada and across the globe, Mr. Gitajn, below, finds that technology is changing the role of the CFO, and fast.

While high-tech finance is potentially disruptive to CFOs who rely on spreadsheets, new business analytics also offer them the opportunity to lead in their firms.

"What [CFOs] need are business systems that are intelligent, that go beyond automation to make predictive suggestions, that are integrated to customers, to suppliers and are immediate, in real time," Mr. Gitajin says.

This is light years ahead of the old way – and all too often, the current way – of looking at a company's financial situation. "Managing your business on last quarter's financial results is kind of like driving in your rear-view mirror," he says.

"There's a worry in that new technology can suddenly do in a nanosecond what armies of analysts used to turn out, and it's a challenge," he says. But though some fear job losses for humans replaced by technology, there is an upside for financial executives.

"First you have to generate the numbers and then you have to interpret them. What technology does is make the first part easier. It allows CFOs to elevate their work to a higher plane, where they can drive strategy."

New technology changes the work of CFOs in key ways, including these four:

Transforming huge volumes of raw data into useful information that CFOs can analyze with greater ease. "I can use my mobile device, look at how my receivables are doing, look at them in the east, west and central regions and by industry. I can go from a bar graph, go down to the level of a particular and look at that customer's documents," Mr. Gitajn says.

This is business intelligence available exactly when it's happening. This puts CFOs right into the field; for example, a CFO can see a customer's previous purchase data and have the salesperson offer deals or specials, and can offer the salespeople bonuses if the customer makes a new purchase.

New apps and cloud-based financial software use huge amounts of information; an on-screen dashboard makes it accessible to CFOs so they can quickly analyze data and prepare reports.

Once CFOs analyze and master data, new software tools help them prepare reports and presentations that are easy to understand by CEOs, board members and shareholders who might not be as well-versed in finance-speak. This helps CFOs better communicate the information they offer to senior executives, leaders and employees.

FEI Canada, together with the Canadian Financial Executives Research Foundation and SAP, is about to release a new study, Data Analytics in Canada, looking at the changing role of technology in the work of CFOs.

Part of the study's findings worry Mr. Gitajn, because 92 per cent of the CFOs and top Canadian financial executives surveyed said they still rely on spreadsheets – 70 per cent in the case of companies with fewer than 500 employees. This can limit a company's ability to analyze its business and grow.

"There's something inherently wrong with [relying on] the spreadsheet," he says. It limits a CFO's, and a company's ability to know where data has come from and what to do with the information in all those columns.

"Many financial executives are too married to their spreadsheets and need to evolve," Mr. Conway agrees. The companies surveyed see the need for better technology, too.

"In general, respondents were confident about their organization's capabilities in the area of financial reporting, but small public companies are most likely to be struggling," the report said.

While 87 per cent of the companies surveyed said their ability to produce financial reports is average or above average, 9 per cent said their capabilities are below average, and the small (less than $100-million in revenue) or medium (less than $1-billion) ones are struggling more than larger public firms.

Rather than feel threatened by technology or worried about its cost, many CFOs prefer to look at the positive side.

"One of our many key competitive advantages as a company is the speed with which we obtain and use information to make good decisions," says Niall Cotter, CFO at Kingsdale Shareholder Services, in the FEI Canada report. 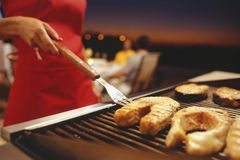 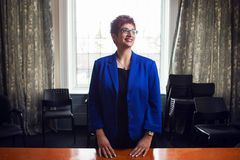