CGI Group Inc. doesn't seem to like – or need – the spotlight.

While Canada's struggling tech darling BlackBerry Ltd. toils beneath the bright lights of the fickle consumer technology industry, Montreal-based CGI has thrived in the shadows of the much less sexy IT services industry.

For years, CGI quietly scooped up lucrative, long-term contracts with governments and businesses around the world – and now has a backlog of $18.7-billion in booked, contractual revenues that have yet to flow into the company's coffers. It has also doubled in size in just a few years, capping off a long growth period by acquiring U.K.-based Logica PLC in a $2.7-billion acquisition that transformed CGI into a global giant with 68,000 employees.

And then came Obamacare.

CGI was the main contractor behind the website at the heart of U.S. President Barack Obama's health-care reform. On Oct. 1, an online platform launched that allowed Americans to pick and choose health insurance – and it was immediately assailed for being ridden with glitches, kicking people offline, displaying faulty data and confusing spouses with kids and various applicants' ages.

The disaster was magnified by the fact that the well-oiled Republican political machine – which wanted to kill the law at all costs – seized on the struggling website to attack President Obama, while powerful Democrats defended the law by expressing disapproval of the technical contractors.

"Clearly, I think there was a perfect storm there," said Michael Roach, CGI's president and chief executive, in an interview. "We kind of got caught up in it."

CGI ducked, dodged and defended itself through sensational accusations in congressional hearings – attracting scorn from angry U.S. lawmakers for refusing to apologize – and suffered a heavy barrage of negative media attention.

But when the company emerged from the fracas, Mr. Roach bragged on a conference call that the firm's pipeline of new contracts was as strong as ever. Asked again whether there was anything to feel bad about, Mr. Roach refused to apologize.

"I'm sure there's takeaways here that we will examine at the appropriate time," Mr. Roach said, declining to answer whether anyone was fired for the problems. "When it's all said and done, we'll be known as the company [that] was involved in the largest, transformational social program undertaken in the U.S. in the last 50 years."

In some ways, CGI's ability to win contracts throughout the company's biggest public relations disaster is a testament to its successful strategy. Unlike more well-known tech players like Apple Inc. and Samsung Electronics Co. Ltd., CGI does not sell technology to consumers; it sells a mix of back-end technology, IT and business services to huge clients such as Bombardier Inc., the Government of Canada, Pfizer Inc., Vodafone Group PLC, TD Bank Financial Group, Carrefour SA and the U.S. Department of Defence.

The lifespan of these contracts, Mr. Roach said, stretches anywhere from six to 15 years, so the business is more about maintaining relationships than taking big risks. Throughout the Obamacare row, analysts cautioned investors to avoid the hype, maintaining that CGI was well run and that the healthcare.gov fiasco was not indicative of broader problems. Over the past five years, CGI shares have risen on the Toronto Stock Exchange from around $10.50 to almost $40, before falling back to around $35, as the company won and completed contracts similar to the U.S. health-care reform deal. Revenue in 2013 was $2.5-billion, up more than 50 per cent.

Of course, as the healthcare.gov fiasco revealed, large-scale government health procurement contracts might be good for the bottom lines of contractors who win them, but they are often disasters waiting to happen for policy makers and tax payers. A combustible combination of entrenched bureaucracies – with little-to-no technical expertise themselves – demanding complicated platforms that will handle vast amounts of sensitive data.

Nick Ragaz, who worked at the health-care consultancy Courtyard Group that got tied up in Ontario's eHealth scandal, said the nature of these contracts results in expensive, outdated technology that ends up with more bugs and possible points of failure than a similar project handled purely by the private sector. "The things that we think about when we think about how technology is changing our world – or magical or revolutionary or whatever word Apple wants to use – they're developed in a completely different way," said Mr. Ragaz, who started a health-care technology company that only works directly with physicians, to avoid working with vast bureaucracies.

Mr. Ragaz, alluding to some of the government's last minute changes to the Obamacare website, said it is most likely that blame for the website's original failure should be shared among the various actors. "At the same time," he said, "I think that as a vendor you have a responsibility, too. You can't just dodge that responsibility by saying your masters are unfair."

CGI's Mr. Roach, for his part, doesn't seem perturbed. His company has grown from a market capitalization of around $3.4-billion to roughly $11.4-billion, and he said he is proud that CGI has created 11,000 jobs across Canada. He stresses that many of these jobs are well outside major urban centres in Atlantic Canada, as well as in Quebec, which allows the company to offer 24-hour assistance to French clients. 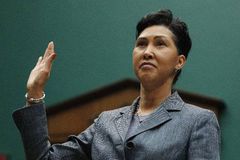 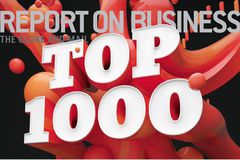