The wealthy really are different from everyone else: They're more likely to cheat, lie, and break the law.

At least that's the unflattering conclusion of a team of professors from the University of Toronto's Rotman School of Management and the University of California, Berkeley, who ran a battery of tests involving more than 1,000 people, seeking to answer the question of whether being rich or poor influenced ethical behaviour.

In results from seven separate studies, they found a consistent tendency among those they termed "upper-class" to be more likely to break the law while driving, take valued goods from others, lie in negotiations, cheat to increase their chances of winning a prize and endorse unethical behaviour at work.

The reason for the ethical difference was simple, according to the paper being published this week in the Proceedings of the National Academy of Sciences, a leading U.S. science journal. Wealthier people are more likely to have an attitude that greed is good.

The question of social class and ethics has long intrigued researchers and has created a lively, if obscure, field of academic research.

At first glance, it might seem more likely that poorer people would be more tempted to cheat or break the law, in order to improve their lot in life. But a growing body of research is coming to the opposite conclusion – that it's people at the top of the income scale for whom honesty, integrity, and generosity seem to be a challenge.

In the United States, for instance, despite the perception that the rich are great philanthropists, data show that upper-class households donate a smaller proportion of their incomes to charity than do lower-class families. Other research has found that those who are well off have a reduced concern for others.

But one of the paper's authors, Stéphane Côté, professor of organizational behaviour and psychology at the Rotman School, cautioned against making blanket assumptions about people based on class alone.

"We're definitely not suggesting that any upper-class person … is going to be less ethical than every lower-class person. You need to be cautious in terms of applying these findings to predict the behaviour of a single individual," he said.

Testing people for ethics based on class might seem like a challenge, but the researchers for the science journal paper devised a series of ingenious tests to investigate behaviours.

In one case, they monitored a busy San Francisco four-way stop, and had observers hidden from sight check which drivers obeyed the law stipulating that vehicles approaching the intersection yield to a car already making the crossing. The observers tracked the make, age, and conditions of cars, using them as a proxy for class. High-status vehicles such as Mercedes were considered the provenance of the rich, and those driving them were about three times more likely to cut in than those in less flashy cars.

The researchers also conducted laboratory experiments on people who had been asked to classify themselves as to their class status, to test lying and cheating.

In one test involving throws of an electronic dice, the researchers rigged computers to allow only low scores. Participants were told that those getting higher scores would have more chances to win $50 cash. They then tracked who lied about the results, and found that people in a higher social class displayed higher levels of cheating and more positive attitudes toward greed.

The researchers zeroed in on greed as the operative factor through another experiment that assessed the willingness of people to engage in unethical behaviour at work, such as stealing cash, receiving bribes, or overcharging customers.

How business education is blinding us with science
May 3, 2018 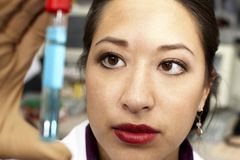 Putting ethics programs in the spotlight
May 3, 2018 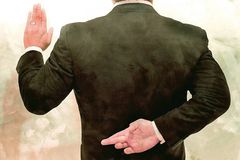 Five ethical deficits that need to be addressed
May 3, 2018
Follow us on Twitter @globebusiness Opens in a new window
Report an error Editorial code of conduct
Due to technical reasons, we have temporarily removed commenting from our articles. We hope to have this fixed soon. Thank you for your patience. If you are looking to give feedback on our new site, please send it along to feedback@globeandmail.com. If you want to write a letter to the editor, please forward to letters@globeandmail.com.
Comments