The end of a two-decade partnership between CIBC and Loblaw ultimately came down to a mutual thirst for more control.

In the process, the companies will wind down President's Choice Bank's daily banking activities, with CIBC taking sole ownership of a cohort of customers who want basic, no-fee financial services. For the time being, customers will not notice much change, aside from the brand name on their chequing and savings accounts.

Carrick: Why we pay so much for chequing accounts

In the longer term, the move to launch Simplii gives the Canadian Imperial Bank of Commerce a shiny new tool to manage a continuing shift to digital banking, as well as its own brand to compete with online rivals such as Tangerine Bank, EQ Bank and Alterna Bank – without having to pay a cut of the proceeds to Loblaw. It also allows the supermarket giant to focus its energy on the two pieces of the business that matter most to it: the PC Plus loyalty program and PC-branded credit cards.

After 19 years working in concert to build the PC name in financial services, the two firms appear to be splitting amicably. But the divorce comes at a cost for CIBC, which expects to absorb a pretax charge of about $100-million in its fiscal fourth quarter related to the switch to Simplii. A spokesperson for PC Financial confirmed it will "receive certain compensation" from CIBC through the transition.

For Loblaw, the effect on the bottom line looks relatively benign.

"We do not anticipate any material financial impact," Irene Nattel, an analyst at RBC Dominion Securities Inc., said in a research note.

She said revenue from the financial services division accounts for only about 2 per cent of Loblaw's $46.4-billion in 2016 revenue.

Between the start of November and the end of March, 2018, CIBC will phase out in-store kiosks and ATMs from Loblaws and other grocery stores. Simplii customers can use online and telephone banking as well as CIBC's bank machines.

Mike Boluch, CIBC's executive vice-president of direct banking, innovation and payments, said the bank's executives have been considering such a change for some time. "Twenty years hence, things change," he said in an interview.

What changed for both companies appears to have much to do with grabbing full control of their respective financial products and the rich customer data they yield – valuable information that is typically closely guarded by banks and retailers alike.

President's Choice Financial will focus on payments and loyalty through its MasterCard and PC Plus products, according to a statement from president and chief executive officer Barry Columb. "When we ask our customers what they value most, they tell us they appreciate the ability to make payments simply and put free groceries on the kitchen table. That remains our focus," he said.

A spokesperson for PC Financial also said: "This change allows us to control the products and services we offer Canadians."

The advent of new digital tools and financial technology firms – or "fintech" – are rapidly reshaping banking habits. About nine out of 10 Canadian banking customers use digital channels and more than 30 per cent now bank only online, according to research from management consulting firm Oliver Wyman.

Mere months ago, Galen G. Weston, chief executive officer of Loblaw parent George Weston Ltd. and the public face of President's Choice, was extolling the "opportunity to invest and build" on the financial services business. "If you think about fintech, President's Choice Financial is the ultimate virtual bank – it started out as a digital bank – and we see an exciting future there," he told The Globe and Mail in a March interview.

But Mr. Weston also said PC's credit card business is its strongest financial services product and Loblaw now appears to be narrowing its ambition for the sector.

"They are retaining the lowest-risk, highest-margin, richest-data part of their financial services business, which is the cards business," Kenric Tyghe, an analyst at Raymond James Ltd., said in an interview. "It's a simplification strategy."

Even as banking habits change, the online-focused, no-fee players that once promised to be a major disruptive force in the industry appear to have settled into niche roles. Bank of Nova Scotia bought Tangerine for $3.1-billion in 2012. And while other notable challengers are growing quickly – such as EQ Bank, a subsidiary of Equitable Group Inc., and Alterna Bank, an arm of Alterna Savings and Credit Union Ltd. – they are still smaller players. EQ Bank has about $1.3-billion in deposits in its savings accounts and Alterna Bank has about $600-million, compared with CIBC's $413-billion.

At the same time, CIBC is continuing to transform and shrink its network of more than 1,100 branches to about 1,000 by 2019. The bank revamped 30 locations in the first half of 2017, shifting their focus from processing transactions to providing advice while reducing its expensive real estate footprint.

Creating Simplii lets CIBC absorb and maintain its base of current PC Financial customers and push the envelope on low-cost, digital banking as necessary.

"In the fullness of time, we'll look to grow this business," Mr. Boluch said. "Our immediate priority is a smooth and successful and straightforward transition." 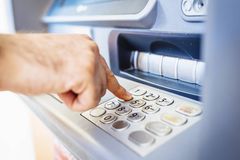 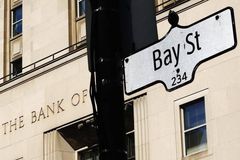 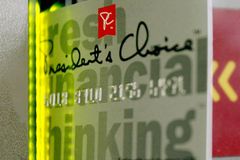